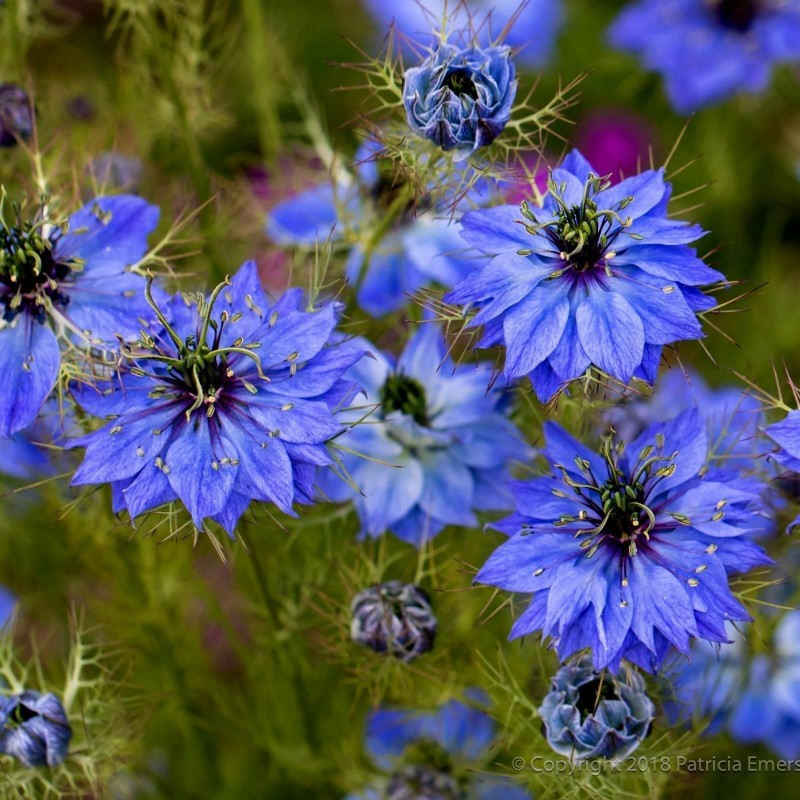 Nigella damascena (love-in-a-mist, ragged lady) is an annual garden flowering plant, belonging to the buttercup family Ranunculaceae. It is native to southern Europe (but adventive in more northern countries of Europe), north Africa and southwest Asia, where it is found on neglected, damp patches of land.

The specific epithet damascena relates to Damascus in Syria. The plant's common name comes from the flower being nestled in a ring of multifid, lacy bracts. It is also sometimes called devil-in-the-bush

Use: in herbal medicine and as a spice in the kitchen
Nigella is used in natural medicine as a diuretic, for easier coughing and against bloating.
Nigella seed oil is used to make perfumes and lipsticks. Finely ground seeds have an intense taste of lazarus.
They can be used in the kitchen to enhance desserts. Due to the alkaloid contained damascene which is toxic in case of overdose, use in the kitchen.