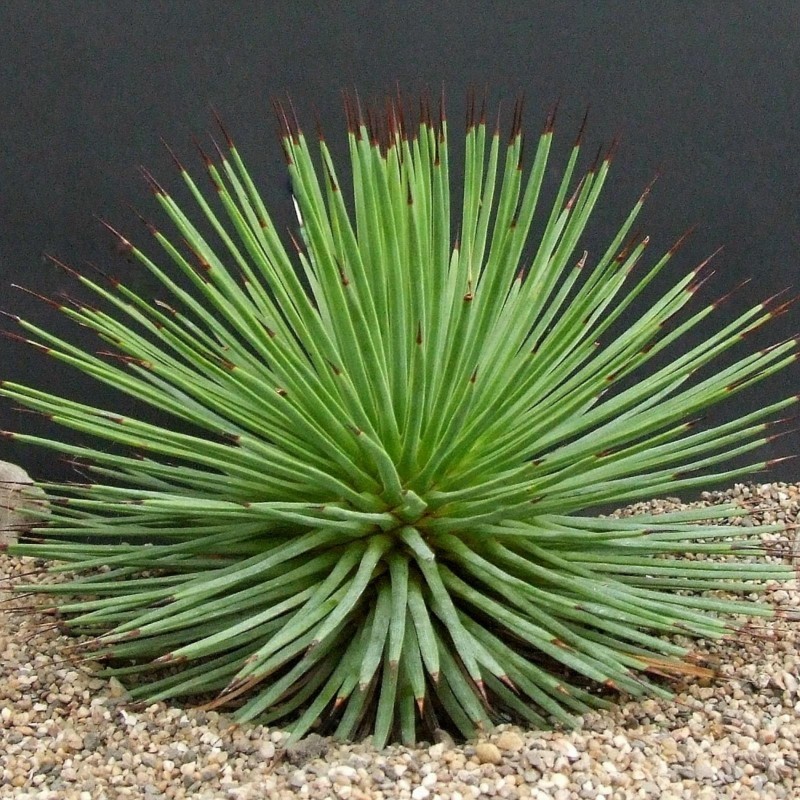 With its spiky balls of needle-like leaves, Agave striata does not look like a typical agave and is sometimes mistaken for a yucca when not in flower.  Plants may be single-headed, but usually they put out offshoots