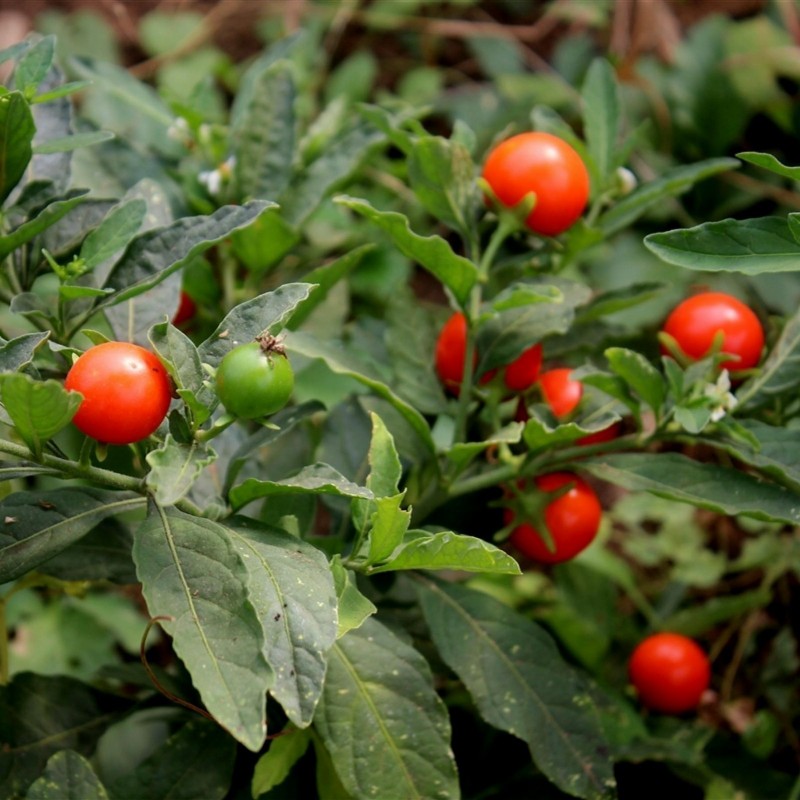 Withania somnifera, known commonly as ashwagandha, Indian ginseng, poison gooseberry, or winter cherry, is a plant in the Solanaceae or nightshade family. Several other species in the