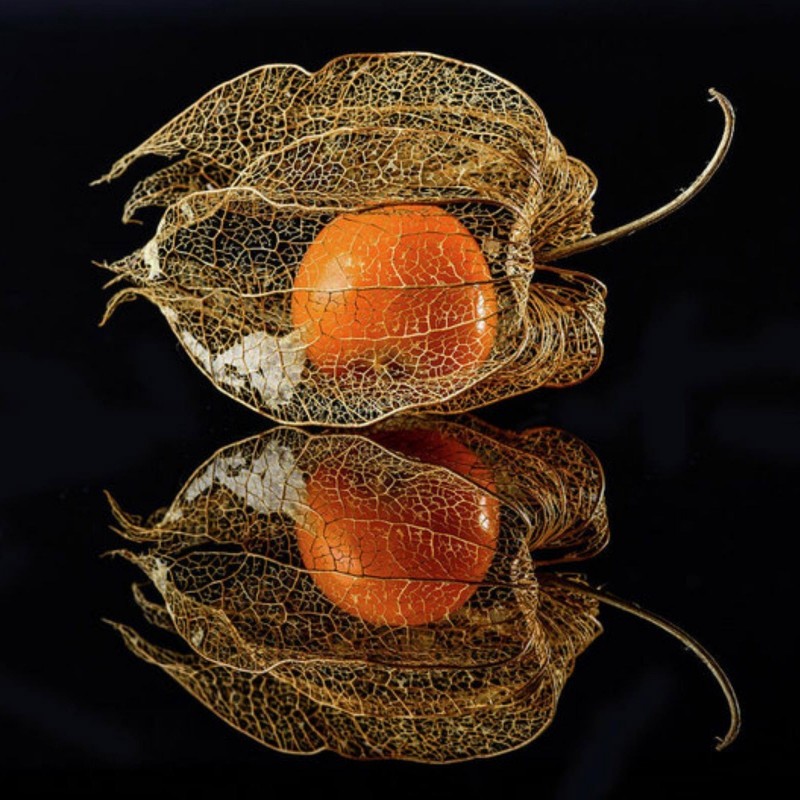 Physalis alkekengi (bladder cherry, Chinese lantern, Japanese-lantern, or winter cherry, Japanese: hōzuki) is a relative of P. peruviana (Cape gooseberry), easily identifiable by the larger, bright orange to red papery covering over its fruit, which resemble paper lanterns. It is native from southern Europe east across southern Asia to Japan. It is an herbaceous perennial plant growing to 40–60 cm tall, with spirally arranged leaves 6–12 cm long and 4–9 cm broad. The flowers are white, with a five-lobed corolla 10–15 mm across, with an inflated basal calyx which matures into the papery orange fruit covering, 4–5 cm long and broad.

Physalis alkekengi, or the Chinese lantern, dries during spring. Once it is dried, the bright red fruit is seen.

It is a popular ornamental plant, though it can be invasive with its wide-spreading root system sending up new shoots some distance from where it was originally planted. In various places around the world, it has escaped cultivation.[4] It has food and medicinal uses.

The dried fruit of P. alkekengi is called the golden flower in the Unani system of medicine, and used as a diuretic, antiseptic, liver corrective, and sedative.

Like a number of other species in the genus Physalis, it contains a wide variety of physalins. When isolated from the plant, these have antibacterial and leishmanicidal activities in vitro.

In Japan, its seeds are used as part of the Bon Festival as offerings to guide the souls of the deceased. Also, an annual market is dedicated to the flower called hōzuki-ichi which occurs in Asakusa around Sensō-ji every year on July 9 and 10.