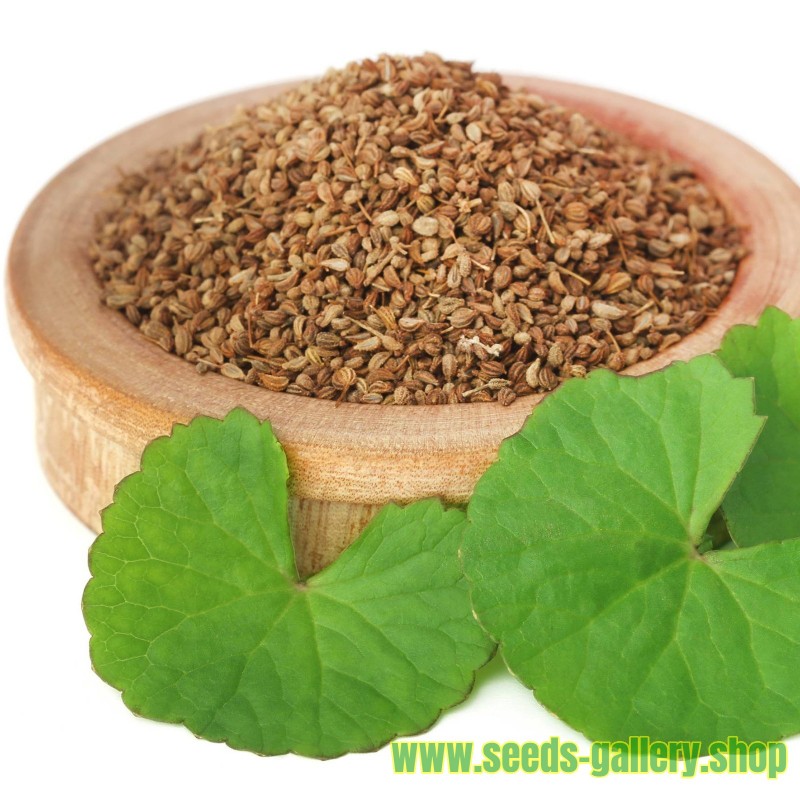 Ajwain, ajowan (/ˈædʒəwɒn/), or Trachyspermum ammi—also known as ajowan caraway, thymol seeds, bishop's weed, or carom—is an annual herb in the family Apiaceae. Both the leaves and the seed‑like fruit

Ajwain, ajowan (/ˈædʒəwɒn/), or Trachyspermum ammi—also known as ajowan caraway, thymol seeds, bishop's weed, or carom—is an annual herb in the family Apiaceae. Both the leaves and the seed‑like fruit (often mistakenly called seeds) of the plant are consumed by humans. The name "bishop's weed" also is a common name for other plants. The "seed" (i.e., the fruit) is often confused with lovage "seed".

Ajwain's small, oval-shaped, seed-like fruits are pale brown schizocarps, which resemble the seeds of other plants in the family Apiaceae such as caraway, cumin and fennel. They have a bitter and pungent taste, with a flavor similar to anise and oregano. They smell almost exactly like thyme because they also contain thymol, but they are more aromatic and less subtle in taste, as well as being somewhat bitter and pungent. Even a small number of fruits tends to dominate the flavor of a dish.

The plant is mainly cultivated in Iran and India.

The fruits are rarely eaten raw; they are commonly dry-roasted or fried in ghee (clarified butter). This allows the spice to develop a more subtle and complex aroma. It is widely used in the cuisine of the Indian subcontinent, often as part of a chaunk (also called a tarka), a mixture of spices - sometimes with a little chopped garlic or onion - fried in oil or clarified butter, which is used to flavor a dish at the end of cooking. It is also an important ingredient for herbal medicine practiced there. In Afghanistan, the fruits are sprinkled over bread and biscuits.

There is little high-quality clinical evidence that ajwain has anti-disease properties in humans.[7] Ajwain is sold as a dietary supplement in capsules, liquids, or powders.[7] An extract of bishop's weed is manufactured as a prescription drug called methoxsalen (Uvadex, 8-Mop, Oxsoralen) provided as a skin cream or oral capsule to treat psoriasis, repigmentation from vitiligo, or skin disorders of cutaneous T-cell lymphoma.[7][8] Because methoxsalen has numerous interactions with disease-specific drugs, it is prescribed to people only by experienced physicians.

Ajwain is used in traditional medicine practices, such as Ayurveda, in herbal blends in the belief it can treat various disorders. There is no evidence or regulatory approval that oral use of ajwain in herbal blends is effective or safe.

Women who are pregnant should not use ajwain due to potential adverse effects on fetal development, and its use is discouraged while breastfeeding. In high amounts taken orally, bishop's weed is considered to be toxic and can result in fatal poisoning.

Hydrodistillation of ajwain fruits yields an essential oil consisting primarily of thymol, gamma-terpinene, p-cymene, and more than 20 trace compounds which are predominantly terpenoids.