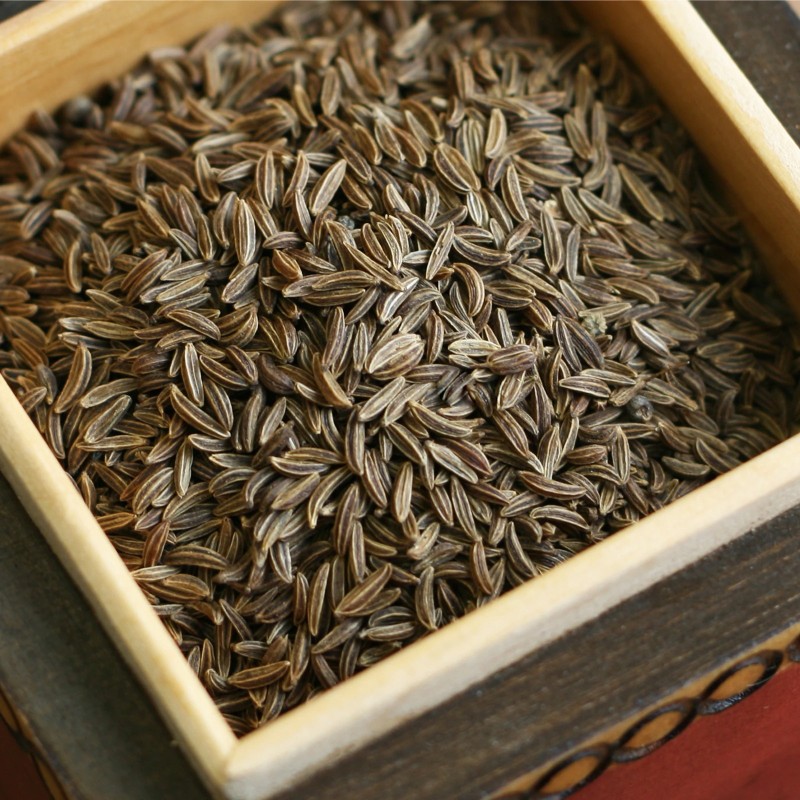 The price is for packaging of 8 grams of this spice.

Caraway, also known as meridian fennel, and Persian cumin(Carum carvi), is a biennial plant in the family Apiaceae, native to western Asia, Europe, and North Africa. The plant is similar in

The price is for packaging of 8 grams of this spice.

Caraway, also known as meridian fennel and Persian cumin (Carum carvi), is a biennial plant in the family Apiaceae, native to western Asia, Europe, and North Africa. The plant is similar in appearance to other members of the carrot family, with finely divided, feathery leaves with thread-like divisions, growing on 20–30 cm (7.9–11.8 in) stems. The main flower stem is 40–60 cm (16–24 in) tall, with small white or pink flowers in umbels. Caraway fruits(erroneously called seeds) are crescent-shaped achenes, around 2 mm (0.08 in) long, with five pale ridges. The fruits, usually used whole, have a pungent, anise-like flavor and aroma that comes from essential oils, mostly carvone, limonene, and anethole. Caraway is used as a spice in breads, especially rye bread.

Caraway is also used in desserts, liquors, casseroles, and other foods. It is also found in European cuisine. For example, it is used in caraway seed cake. The roots may be cooked as a vegetable like parsnips or carrots. Additionally, the leaves are sometimes consumed as herbs, either raw, dried, or cooked, similar to parsley.

In Serbia, caraway is commonly sprinkled over home-made salty scones (pogačice s kimom). It is also used to add flavor to cheeses such as bondost, pultost, havarti and Tilsit cheese. Scandinavian Akvavit, including Icelandic Brennivin, and several liqueurs are made with caraway.In Middle Eastern cuisine, caraway pudding, called Meghli, is a popular dessert during Ramadan. It is typically made and served in the Levant area in winter and on the occasion of having a new baby. Caraway is also added to flavor harissa, a Tunisian chili pepper paste. In Aleppian, Syr ian cuisine it is used to make the sweet scones named keleacha.

In the United States, the most common use of caraway is whole as an addition to rye bread. Often called seeded rye or Jewish rye bread. Caraway fruits are frequently used in Irish soda bread, along with raisins and currants.