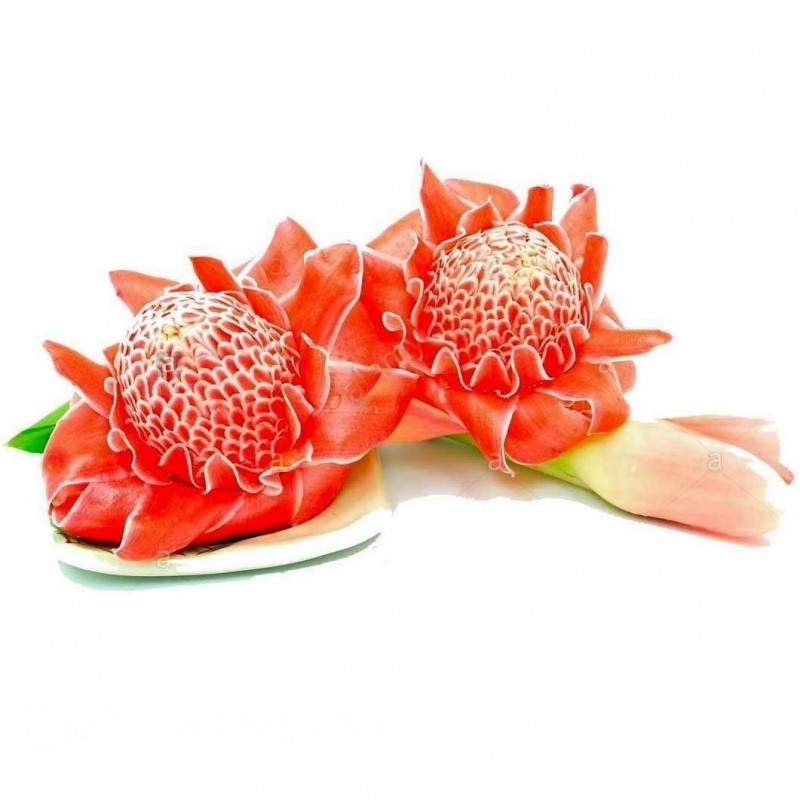 The plant is used locally as a food and medicine. It is very widely grown as an ornamental in the tropics and in greenhouses in the temperate zone, being valued especially for its spectacular flowering display

The showy pink flowers are used in decorative arrangements, bunga kecombrang, are an important ingredient across Southeast Asia. In North Sumatra (especially in Karo tribe), the flower buds are used for a stewed fish dish called Arsik ikan mas (Andaliman/Szechuan pepper-spiced carp). In Bali, people use the white part of the bottom part of the trunk for cooking chilli sauce called "Sambal Bongkot", and use the flower buds to make chilli sauce called "Sambal Kecicang". In Thailand, it is eaten in a kind of Thai salad preparation.

In Karo, it is known as asam cekala (asam meaning 'sour'), and the flower buds, but more importantly the ripe seed pods, which are packed with small black seeds, are an essential ingredient of the Karo version of sayur asam, and are particularly suited to cooking fresh fish.

From the leaves of E. elatior, three caffeoylquinic acids, including chlorogenic acid (CGA), and three flavonoids, quercitrin, isoquercitrin and catechin, have been isolated. Content of CGA was significantly higher than flowers of Lonicera japonica (Japanese honeysuckle), the commercial source.[4] A protocol for producing a standardized herbal extract of CGA from leaves of E. elatior (40%) has been developed, compared to commercial CGA extracts from honeysuckle flowers (25%).