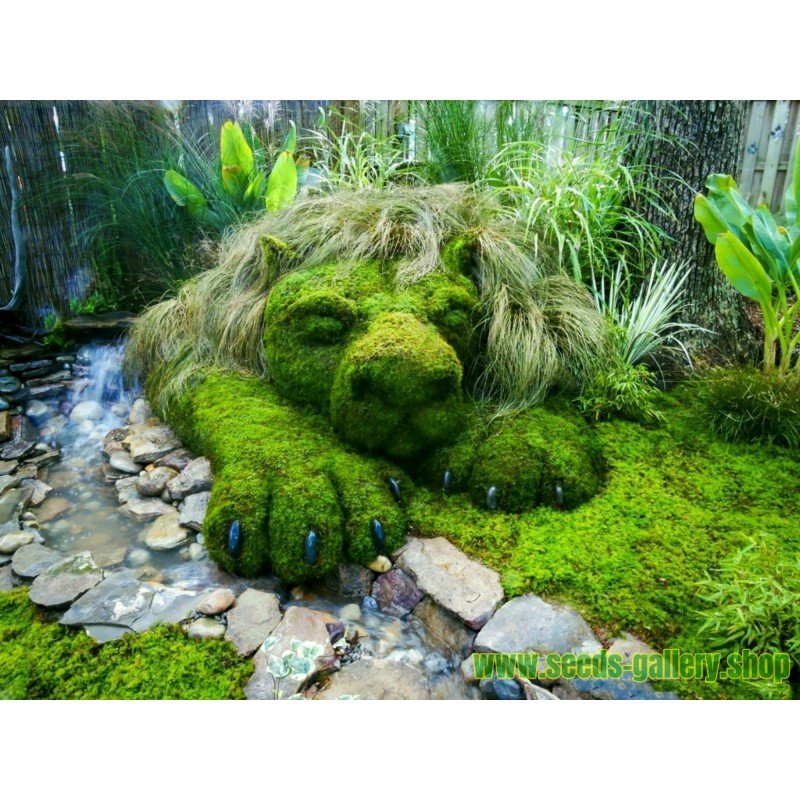 Chondrus crispus—commonly called Irish moss or carrageen moss (Irish carraigín, "little rock")—is a species of red algae which grows abundantly along the rocky parts of the Atlantic coast of Europe and

Chondrus crispus—commonly called Irish moss or carrageen moss (Irish carraigín, "little rock")—is a species of red algae which grows abundantly along the rocky parts of the Atlantic coast of Europe and North America. In its fresh condition this protist is soft and cartilaginous, varying in color from a greenish-yellow, through red, to a dark purple or purplish-brown. The principal constituent is a mucilaginous body, made of the polysaccharide carrageenan, which constitutes 55% of its weight. The organism also consists of nearly 10% protein and about 15% mineral matter, and is rich in iodine and sulfur. When softened in water it has a sea-like odour and because of the abundant cell wall polysaccharides it will form a jelly when boiled, containing from 20 to 100 times its weight of water.

Chondrus crispus is a relatively small sea alga, reaching up to a little over than 20 cm in length. It grows from a discoid holdfast and branches four or five times in a dichotomous, fan-like manner. The morphology is highly variable, especially the broadness of the thalli. The branches are 2–15 mm broad, firm in texture and the color ranges from light to dark green, dark red, purple, brown, yellowish, and white. The gametophytes (see below) often show a blue iridescence at the tip of the fronds[1] and fertile sporophytes show a spotty pattern. Mastocarpus stellatus (Stackhouse) Guiry is a similar species which can be readily distinguished by its strongly channelled and often somewhat twisted thallus. The cystocarpic plants of Mastocarpus show reproductive papillae quite distinctively different from Chondrus.[2] When washed and sun-dried for preservation, it has a yellowish, translucent, horn-like aspect and consistency.

Chondrus crispus is common all around the shores of Ireland and can also be found along the coast of Europe including Iceland, the Faroe Islands [3] western Baltic Sea to southern Spain.[2] It is found on the Atlantic coasts of Canada[2][4] and recorded from California in the United States to Japan.[2] However, any distribution outside the Northern Atlantic needs to be verified. There are also other species of the same genus in the Pacific Ocean, for example, C. ocellatus Holmes, C. nipponicus Yendo, C. yendoi Yamada et Mikami, C. pinnulatus (Harvey) Okamura and C. armatus (Harvey) Yamada et Mikami.

Chondrus crispus is found growing on rock from the middle intertidal zone into the subtidal zone,

all the way to the ocean floor. So it is very hard for sunlight to reach it.

Chondrus crispus is an industrial source of carrageenan, which is commonly used as a thickener and stabilizer[7] in milk products such as ice cream[8] and processed foods, including lunch meat. In Europe, it is indicated as E407 or E407b. It may also be used as a thickener in calico-printing and for fining beer or wine. Irish moss is frequently used with Mastocarpus stellatus (Gigartina mamillosa), Chondracanthus acicularis (G. acicularis) and other seaweeds, which are all commonly found growing together. Carragheen and agar-agar are also used in Asia for gelatin-like desserts, such as almond jelly. Presently, the major source of carrageenan is tropical seaweeds of the genera Kappaphycus and Eucheuma.

In Ireland and parts of Scotland (where it is also known as (An) Cairgean in Scottish Gaelic), it is boiled in milk and strained, before sugar and other flavourings such as vanilla, cinnamon, brandy or whiskey are added.[10] The end-product is a kind of jelly similar to pannacotta, tapioca, or blancmange.[11] Similarly, in Jamaica and Trinidad and Tobago Gracilaria spp is boiled with cinnamon and milk to make a thick drink called Irish Moss that is believed to be an aphrodisiac.[12] In Venezuela it has been used for generations as a home remedy for sore throat and chest congestion, boiled in milk and served with honey before bed.

Irish moss is commonly used as a clarifying agent or finings in the process of brewing (beer), particularly in homebrewing. A small amount is added to the kettle or "copper" where it is boiled with the wort, attracting proteins and other solids, which are then removed from the mixture after cooling along with the copper finings.

Chondrus crispus undergoes an alternation of generation life cycle common in many species of algae (see figure below). There are two distinct stages: the sexual haploid gametophyte stage and the asexual diploid sporophyte stage. In addition, there is a third stage- the carposporophyte, which is formed on the female gametophyte after fertilization. The male and female gametophytes produce gametes which fuse to form a diploid carposporophyte, which forms carpospores, which develops into the sporophyte. The sporophyte then undergoes meiosis to produce haploid tetraspores (which can be male or female) that develop into gametophytes. The three stages (male, female and sporophyte) are difficult to distinguish when they are not fertile; however, the gametophytes often show a blue iridescence.