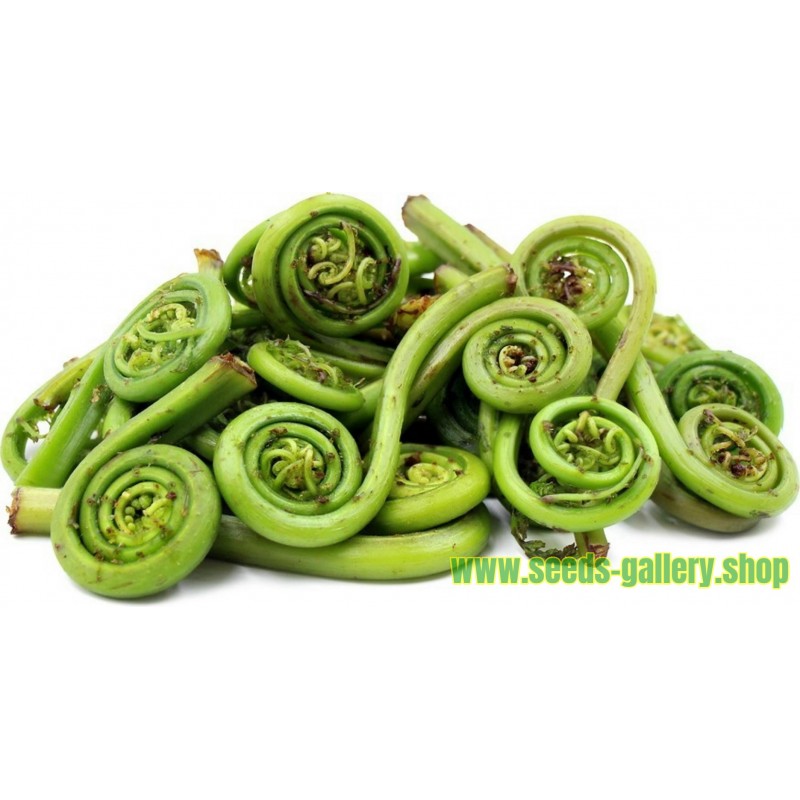 Price for Package of  25 Spores - Seeds.

Matteuccia is a genus of ferns with one species Matteuccia struthiopteris (common names ostrich fern, fiddlehead fern or shuttlecock fern). It is a crown-forming, colony-forming plant, occurring in temperate

Price for Package of  25 Spores - Seeds.

It grows from a completely vertical crown, favoring riverbanks and sandbars, but sends out lateral stolons to form new crowns. It thus can form dense colonies resistant to destruction by floodwaters.

The fronds are dimorphic, with the deciduous green sterile fronds being almost vertical, 100–170 cm (39–67 in) tall and 20–35 cm (7.9–13.8 in) broad, long-tapering to the base but short-tapering to the tip, so that they resemble ostrich plumes, hence the name. The fertile fronds are shorter, 40–60 cm (16–24 in) long, brown when ripe, with highly modified and constricted leaf tissue curled over the sporangia; they develop in autumn, persist erect over the winter and release the spores in early spring.

Matteuccia species are used as food plants by the larvae of some Lepidoptera species including Sthenopis auratus.

The ostrich fern is a popular ornamental plant in gardens. It has gained the Royal Horticultural Society's Award of Garden Merit. While choosing a place of planting it should be taken into account that this fern is very expansive and its leaves often lose their beauty throughout the summer, especially if not protected from wind and hail. The tightly wound immature fronds, called fiddleheads, are also used as a cooked vegetable, and are considered a delicacy mainly in rural areas of northeastern North America. It is considered inadvisable to eat uncooked fiddleheads.

The sprouts are also picked all over Japan, ("kogomi" in Japanese) where they are a delicacy.