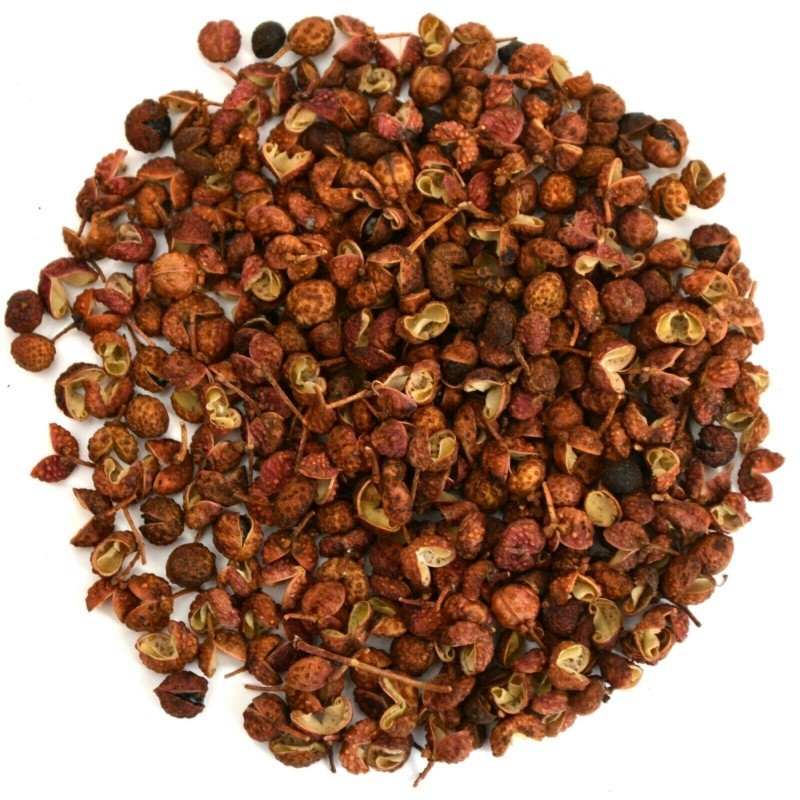 The husk or hull (pericarp) around the seeds may be used whole, especially in Sichuan cuisine, and the finely ground powder is one of the ingredients for five-spice powder. It is also used in traditional Chinese medicine. The pericarp is most often used, but the leaves of various species are also used in some regions of China.

While the exact flavour and composition of different species from the genus Zanthoxylum vary, most share the same essential characteristics. So while the terms "Sichuan pepper" and sanshōmay refer specifically to Z. simulans and Z. piperitum, respectively, the two are commonly used interchangeably.

Related species are used in the cuisines of Tibet, Bhutan, Nepal, Thailand, and India (the Konkani and Kumaoni people) and Toba Batak peoples. In Bhutan, this pepper is known as thingye and is used liberally in preparation of soups, gruels, and phaag sha paa (pork slices). In Nepal, timur is used in the popular foods momo, thukpa, chow mein, chicken chilli, and other meat dishes. It is also widely used in homemade pickles. People take timur as a medicine for stomach or digestion problems, in a preparation with cloves of garlic and mountain salt with warm water.

Sichuan pepper's unique aroma and flavour is not hot or pungent like black, white, or chili peppers. Instead, it has slight lemony overtones and creates a tingly numbness in the mouth (caused by its 3% of hydroxy alpha sanshool) that sets the stage for hot spices. According to Harold McGee in On Food and Cooking, they are not simply pungent; "they produce a strange, tingling, buzzing, numbing sensation that is something like the effect of carbonated drinks or of a mild electric current (touching the terminals of a nine-volt battery to the tongue). Sanshools appear to act on several different kinds of nerve endings at once, induce sensitivity to touch and cold in nerves that are ordinarily nonsensitive, and so perhaps cause a kind of general neurological confusion."