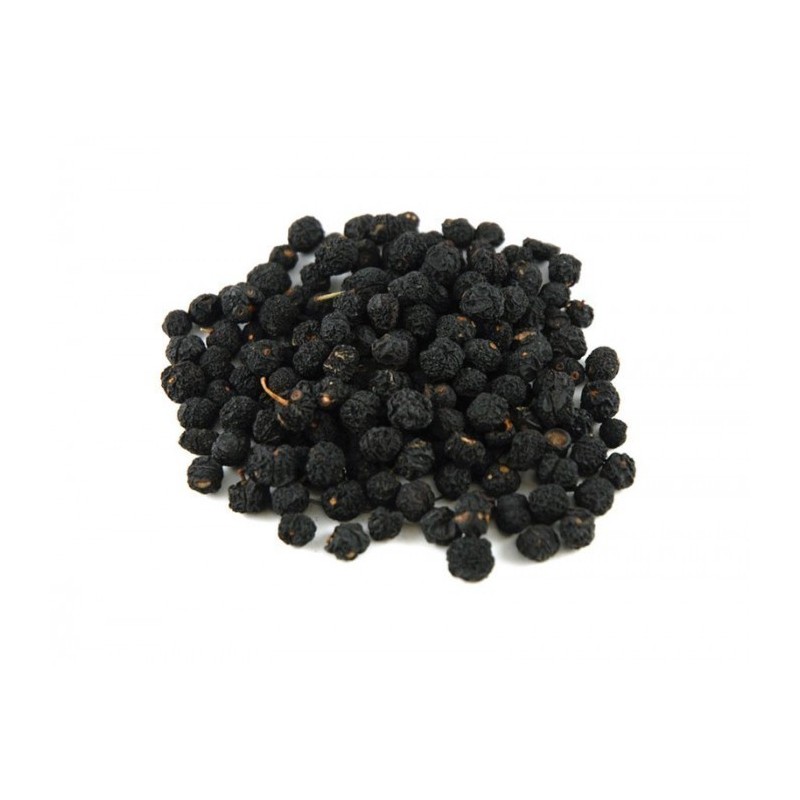 Tasmanian peppercorns - spice
The price is for packaging of 5 grams of this spice.

Tasmanian peppercorns - spice
The price is for packaging of 5 grams of this spice.

Tasmannia lanceolata (syn. Drimys lanceolata), commonly known as the mountain pepper(Aus), or Cornish pepper leaf (UK), is a shrub native to woodlands and cool temperate rainforestof south-eastern Australia. The shrub varies from 2 to 10 m high. The aromatic leaves are lanceolate to narrow-elliptic or oblanceolate, 4–12 cm long, and 0.7–2.0 cm wide, with a distinctly pale undersurface. Stems are quite red in colour. The small cream or white flowers appear in summer and are followed by black, globose, two-lobed berries 5–8 mm wide, which appear in autumn. There are separate male and female plants.

Originally described by French botanist Jean Louis Marie Poiret, it gained its current name in 1969 by A.C. Smith. It had been known for many years as Drimys lanceolata.

Also known as Tasmanian pepperberry, it is found from Tasmania, northwards through Victoria to Barrington Tops in New South Wales. It is found in gullies in rainforest.

Polygodial has been identified as the primary active compound in Tasmannia lanceolata, and is also responsible for its peppery taste.

The leaf and berry are used as a spice, typically dried. Mountain pepper was used as a colonial pepper substitute. More recently, it has become popularised as bushfood condiment. It can be added to curries, cheeses, and alcoholic beverages. It is exported to Japan to flavour wasabi. The berries are sweet at first with a peppery aftertaste. Dried T. lanceolata berries and leaves have strong antimicrobial activity against food spoilage organisms. It also has high antioxidantactivity. Low safrole clonal selections are grown in plantations for commercial use, as safrole is considered a low-risk toxin.

Used in colonial medicine as a substitute for Winter's bark, a stomachic, it was also used for treating scurvy.Mountain pepper is one of a number of native Australian herbs and food species being supported by the Australian Native Food Industry Ltd, which brings together producers of food species from all parts of Australia. The pepperberry can be used as a fish poison.

The 1889 book 'The Useful Native Plants of Australia records that common names included "Pepper Tree" and that "The drupe is used as a condiment, being a fair substitute for pepper, or rather allspice The leaves and bark also have a hot, biting, cinnamon-like taste."

It can be grown as a garden plant. Its berries attract birds, including Currawongs, that feed on them. It can be propagated from cuttings or seed, and can grow in a well-drained acidic soil with some shade, but is sensitive to Phytophthora cinnamomi.