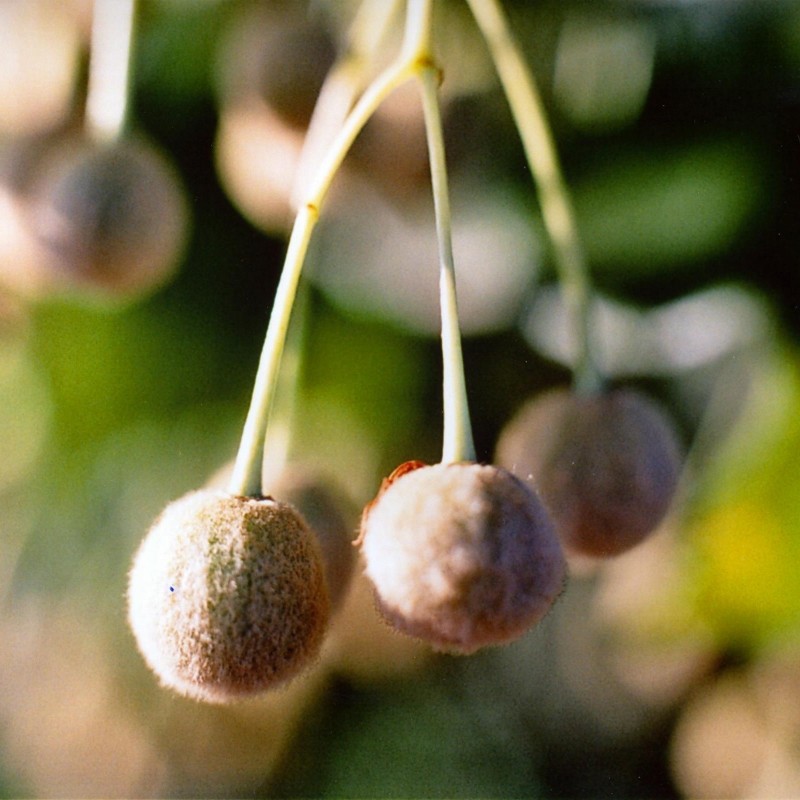 Tilia is a genus of about 30 species of trees native throughout most of the temperate Northern Hemisphere. Commonly called lime trees in the British Isles, they are not closely related to the lime fruit.

Tilia is a genus of about 30 species of trees native throughout most of the temperateNorthern Hemisphere. Commonly called lime trees in the British Isles, they are not closely related to the lime fruit. Other names include linden and basswood. The genus occurs in Europe and eastern North America, but the greatest species diversity is found in Asia. Under the Cronquist classification system, this genus was placed in the family Tiliaceae, but genetic research by the Angiosperm Phylogeny Group has resulted in the incorporation of this genus into the Malvaceae.

Tilia species are mostly large, deciduous trees, reaching typically 20 to 40 metres (66 to 130 ft) tall, with oblique-cordate leaves 6 to 20 centimetres (2 to 8 in) across. As with elms, the exact number of species is uncertain, as many if not most of the species will hybridise readily, both in the wild and in cultivation. Limes arehermaphroditic, having perfect flowers with both male and female parts, pollinated by insects.

The genus is generally called lime or linden in Britain and linden, lime, or basswood in North America.

"Linden" was originally the adjective, "made from lime-wood" (equivalent to "wooden"); from the late 16th century, "linden" was also used as a noun, probably influenced by translations of German romance, as an adoption of Linden, the plural of German Linde. Neither the name nor the tree is related to the citrus fruit called "lime" (Citrus aurantifolia, familyRutaceae). Another common name used in North America is basswood, derived from bast, the name for the inner bark (seeUses, below). Teil is an old name for the lime tree.

The Tilia's sturdy trunk stands like a pillar and the branches divide and subdivide into numerous ramifications on which the twigs are fine and thick. In summer, these are profusely clothed with large leaves and the result is a dense head of abundant foliage.

The leaves of all the Tilia species are heart-shaped and most are asymmetrical, and the tiny fruit, looking like peas, always hang attached to a ribbon-like, greenish-yellow bract, whose use seems to be to launch the ripened seed-clusters just a little beyond the parent tree. The flowers of the European and American Tilia species are similar, except the American bears a petal-like scale among its stamens and the European varieties are devoid of these appendages. All of theTilia species may be propagated by cuttings and grafting, as well as by seed. They grow rapidly in rich soil, but are subject to the attack of many insects. Tilia is notoriously difficult to propagate from seed unless collected fresh in the fall. If allowed to dry, the seeds will go into a deep dormancy and take 18 months to germinate.

In particular, aphids are attracted by the rich supply of sap, and are in turn often "farmed" by ants for the production of the sap which the ants collect for their own use, and the result can often be a dripping of excess sap onto the lower branches and leaves, and anything else below. Cars left under the trees can quickly become coated with a film of the syrup ("honeydew") thus dropped from higher up. The ant/aphid "farming" process does not appear to cause any serious damage to the trees.

In Europe, linden trees are known to have reached ages measured in centuries, if not longer. A coppice of T. cordata in Westonbirt Arboretum in Gloucestershire, for example, is estimated to be 2,000 years old.[1] In the courtyard of the Imperial Castle at Nuremberg is a Tilia which tradition says was planted by theEmpress Cunigunde, the wife of Henry II of Germany. This would make the tree about 900 years old in 1900 when it was described. It looks ancient and infirm, but in 1900 was sending forth a few leaves on its two or three remaining branches and was, of course, cared for tenderly. The Tilia of Neuenstadt am Kocher in Baden-Württemberg, Germany, was computed to be 1000 years old when it fell.[5] The Alte Linde tree of Naters, Switzerland, is mentioned in a document in 1357 and described by the writer at that time as already magnam (huge). A plaque at its foot mentions that in 1155 a linden tree was already on this spot.

The excellence of the honey of far-famed Hyblaean Mountains[6] was due to the linden trees that covered its sides and crowned its summit.

The name of Linnaeus, the great botanist, was derived from a lime tree.

Lime fossils have been found in the Tertiary formations of Grinnell Land, Canada, at 82° N latitude, and in Spitzbergen, Norway. Sapporta believed he had found there the common ancestor of the Tilia species of Europe and America.

The linden is recommended as an ornamental tree when a mass of foliage or a deep shade is desired.[5] The tree produces fragrant and nectar-producing flowers, the medicinal herb lime blossom. They are very important honey plants forbeekeepers, producing a very pale but richly flavoured monofloral honey. The flowers are also used for herbal teas andtinctures; this kind of use is particularly popular in Europe and also used in North American herbal medicine practices.

The timber of linden trees is soft and easily worked; it has very little grain and a density of 560 kg per cubic metre. During the Viking era, it was often used for constructing shields. It is a popular wood for model building and intricate carving. Especially in Germany, it was the classic wood for sculpture from the Middle Ages onwards and is the material for the elaborate altarpieces of Veit Stoss, Tilman Riemenschneider, and many others. In England, it was the favoured medium of the sculptor Grinling Gibbons. The wood is used in marionette, puppet making and carving. Having a fine light grain and being comparatively light in weight it has been used for centuries for this purpose despite modern alternatives being available it is still one of the main materials used today.

Ease of working and good acoustic properties also make it popular for electric guitarand bass bodies and wind instruments such as recorders. In the past, it was typically used (along with Agathis) for less-expensive models. However, due to its better resonance at middle and high frequencies,[citation needed] and better sustain than alder,[citation needed] it is now more commonly used in the "superstrat" type of guitar.[citation needed] It can also be used for the neck because of its excellent material integrity when bent and ability to produce consistent tone without any dead spots, according to Parker Guitars. In thepercussion industry, Tilia is sometimes used as a material for drum shells, both to enhance their sound and their aesthetics.

Lime wood is known in the aquarium industry for its use as an air diffuser inside protein skimmers. Air pumped through the grain of the wood turns into consistently very fine bubbles (0.5-1.0 mm), difficult to achieve with any other natural or man-made medium. However, the wood decomposes underwater much faster than ceramic air stones and must be replaced more frequently for maximum efficiency.

It is also the wood of choice for window blinds and shutters. Real wood blinds are often made from this lightweight but strong and stable wood, which is well suited to natural and stained finishes.

It is known in the trade as basswood, particularly in North America. This name originates from the inner fibrous bark of the tree, known as bast. A strong fibre is obtained from this by peeling off the bark and soaking it in water for a month, after which the inner fibres can be easily separated. Bast obtained from the inside of the bark of the Tilia tree has been used by the Ainu people of Japan to weave their traditional clothing, the attus. Similar fibres obtained from other plants are also called bast: see Bast fibre.

Most medicinal research has focused on Tilia cordata,[citation needed] although other species are also used medicinally and somewhat interchangeably. The dried flowers are mildly sweet and sticky, and the fruit is somewhat sweet and mucilaginous. Limeflower tea has a pleasing taste, due to the aromatic volatile oil found in the flowers. The flowers, leaves, wood, and charcoal (obtained from the wood) are used for medicinal purposes. Active ingredients in the Tilia flowers include flavonoids(which act as antioxidants) and volatile oils. The plant also contains tannins that can act as an astringent.

Linden flowers are used in herbalism for colds, cough, fever, infections, inflammation, high blood pressure, headache (particularly migraine), and as a diuretic (increases urine production), antispasmodic (reduces smooth muscle spasm along the digestive tract), and sedative. In the traditional Austrian medicine Tilia sp. flowers have been used internally as tea for treatment of disorders of the respiratory tract, fever and flu. New evidence shows that the flowers may behepatoprotective. The wood is used for liver and gallbladder disorders and cellulitis (inflammation of the skin and surrounding soft tissue). That wood burned to charcoal is ingested to treat intestinal disorders and used topically to treat edema or infection such as cellulitis or ulcers of the lower leg.

Usually, the double-flowered species are used to make perfumes. The leaf buds and young leaves are also edible raw. Tiliaspecies are used as food plants by the larvae of some Lepidoptera; see List of Lepidoptera that feed on Tilia.