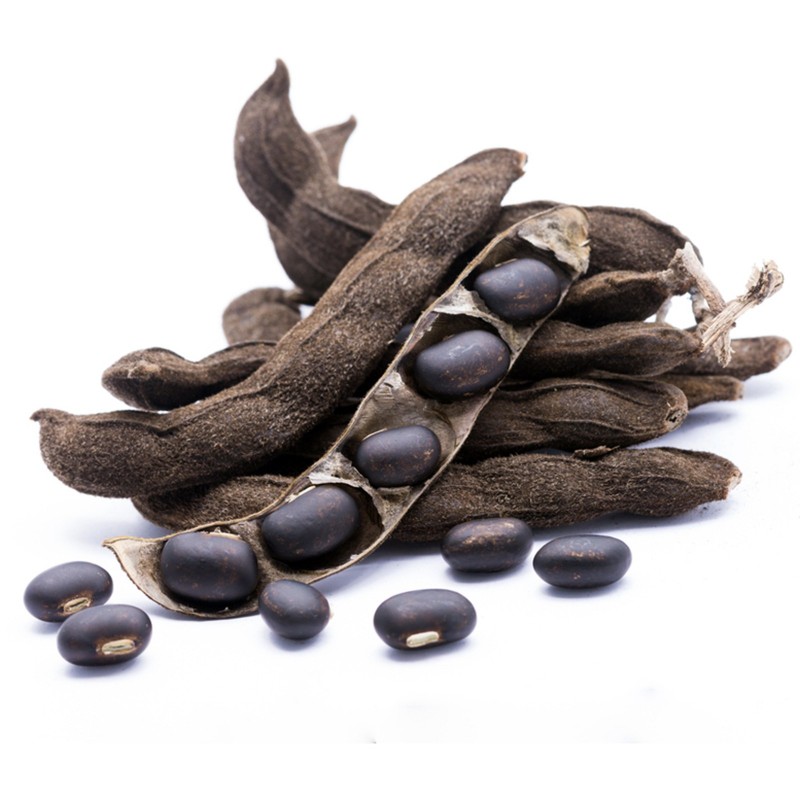 We have in offer Mucuna pruriens with white and black seeds. Choose under the color option seeds color.

Mucuna pruriens is a tropical legume native to Africa and tropical Asia and widely naturalized and cultivated. Its English common names include monkey tamarind, velvet bean, Bengal velvet bean, Florida velvet bean, Mauritius velvet bean, Yokohama velvet bean, cowage, cowitch, lacuna bean, and Lyon bean.[2] The plant is notorious for the extreme itchiness it produces on contact, particularly with the young foliage and the seed pods. It has agricultural and horticultural value and is used in herbalism.

The plant is an annual climbing shrub with long vines that can reach over 15 metres (50 ft) in length. When the plant is young, it is almost completely covered with fuzzy hairs, but when older, it is almost completely free of hairs. The leaves are tripinnate, ovate, reverse ovate, rhombus-shaped or widely ovate. The sides of the leaves are often heavily grooved and the tips are pointy. In young M. pruriens plants, both sides of the leaves have hairs. The stems of the leaflets are two to three millimeters long (approximately one tenth of an inch). Additional adjacent leaves are present and are about 5 millimetres (0.2 in) long.

In the fruit-ripening stage, a 4–13 centimetres (2–5 in) long, 1–2 centimetres (0.4–0.8 in) wide, unwinged, leguminous fruit develops. There is a ridge along the length of the fruit. The husk is very hairy and carries up to seven seeds. The seeds are flattened uniform ellipsoids, 1–1.9 centimetres (0.4–0.7 in) long, .8–1.3 centimetres (0.3–0.5 in) wide and 4–6.5 centimetres (2–3 in) thick. The hilum, the base of the funiculus (connection between placenta and plant seeds) is a surrounded by a significant arillus (fleshy seed shell).

M.pruriens bears white, lavender, or purple flowers. Its seed pods are about 10 cm (4 inches) long[4] and are covered in loose, orange hairs that cause a severe itch if they come in contact with skin. The itch is caused by a protein known as mucunain.[5] The seeds are shiny black or brown drift seeds.

In many parts of the world, Mucuna pruriens is used as an important forage, fallow and green manure crop. Since the plant is a legume, it fixes nitrogen and fertilizes soil. In Indonesia, particularly Java, the beans are eaten and widely known as 'Benguk'. The beans can also be fermented to form a food similar to tempe and known as Benguk tempe or 'tempe Benguk'.

M. pruriens is a widespread fodder plant in the tropics. To that end, the whole plant is fed to animals as silage, dried hay or dried seeds. M. pruriens silage contains 11-23% crude protein, 35-40% crude fiber, and the dried beans 20-35% crude protein. It also has use in the countries of Benin and Vietnam as a biological control for problematic Imperata cylindrica grass.[7] M. pruriens is said to not be invasive outside its cultivated area.[7] However, the plant is invasive within conservation areas of South Florida, where it frequently invades disturbed land and rockland hammock edge habitats. Cooked fresh shoots or beans can also be eaten. The plant contains relatively high (3–7% dry weight) levels of L-DOPA; some people are sensitive to L-DOPA and may experience nausea, vomiting, cramping, arrhythmias, and hypotension. Up to 88% of the L-DOPA can be extracted from M. pruriens by boiling and soaking for approximately 48 hours. The efficiency of the process can be slightly improved by using approximately 0.25-0.50% sodium bicarbonate.[8]

The seeds of Mucuna pruriens have been used for treating many dysfunctions in Tibb-e-Unani (Unani Medicine).[9] It is also used in Ayurvedic medicine.

The plant and its extracts have been long used in tribal communities as a toxin antagonist for various snakebites. It has been studied for its effects against bites by Naja spp. (cobra),[10] Echis (Saw scaled viper),[11] Calloselasma (Malayan Pit viper) and Bangarus (Krait).[citation needed]

It has long been used in traditional Ayurvedic Indian medicine in an attempt to treat diseases including Parkinson's disease.[12] It has been investigated in low income regions of the world as an alternative treatment for Parkinson's disease due to its high content of L-dopa.[13] Mucuna prurien seeds have been recognized for their ability to significantly alleviate neurotoxocity induced by Parkinson's disease.[14]

The hairs lining the seed pods contain serotonin and the protein mucunain which cause severe itching when the pods are touched. The calyx below the flowers is also a source of itchy spicules and the stinging hairs on the outside of the seed pods are used in some brands of itching powder.[3][17] Scratching the exposed area can spread the itching to other areas touched. Once this happens, the subject tends to scratch vigorously and uncontrollably and for this reason the local populace in northern Mozambique refer to the beans as "mad beans" (feijões malucos). The seed pods are known as "Devil Beans" in Nigeria.

The seeds of the plant contain about 3.1–6.1% L-DOPA, with trace amounts of serotonin, nicotine, and bufotenine. One study using 36 samples of seeds found no tryptamines present.[20] M. pruriens var. pruriens has the highest content of L-dopa. An average of 52.11% degradation of L-dopa into damaging quinones and reactive oxygen species was found in seeds of M. pruriens varieties.