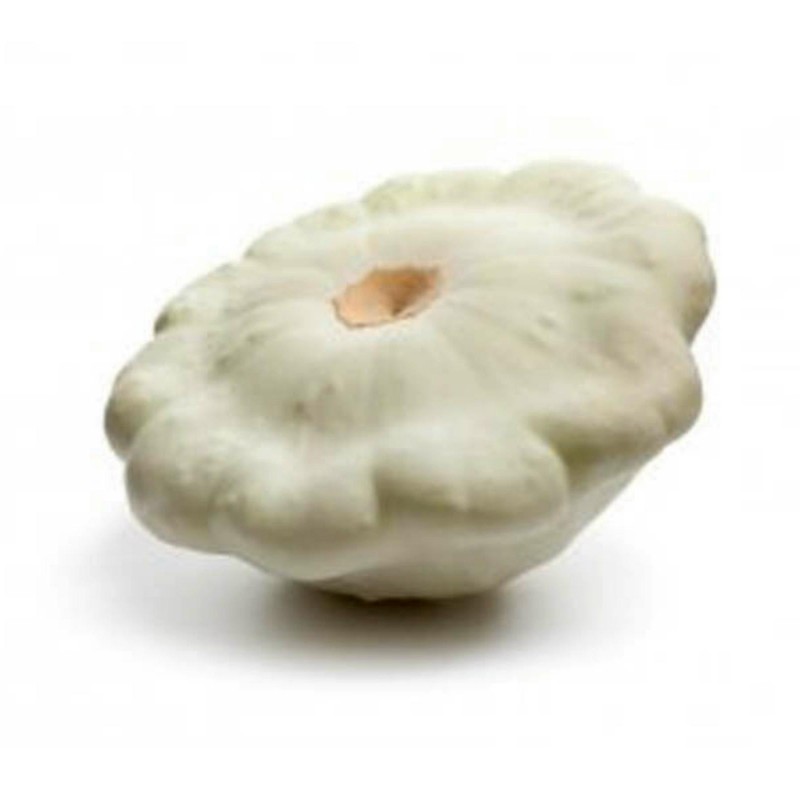 €1.95
White Patisson Seeds
Price for Package of 10 seeds.
White, round, flat and French, this particular pumpkin is not only prepared like a courgette, but -if harvested young and devoured with its peal- also tastes like a courgette. Heirloom variety (read more about Heirloom plants).

White, round, flat and French, this particular pumpkin is not only prepared like a courgette, but -if harvested young and devoured with its peal- also tastes like a courgette. Heirloom variety (read more about Heirloom plants).
Heirloom Plants
An Heirloom plant is an open-pollinated cultivar that was commonly grown long ago, but has been largely supplanted in modern times. Since most popular heritage plants are vegetables, the term heritage or heirloom vegetable is often used instead. Before the industrialization of agriculture, there was a much wider variety of plant foods grown for human consumption. In modern agriculture in the Industrialized World, most food crops are now grown in large, monocultural plots owned by corporations. In order to maximize consistency, few varieties of each type of crop are grown. These varieties are often selected for their productivity, their ability to withstand the long trips to supermarkets, or their tolerance to drought, frost, or pesticides. Flavor and variety are frequently secondary concerns. Heirloom gardening can be seen a reaction against this trend. To be an heirloom, a plant must be "open-pollinated", meaning it will grow "true to type" from seed. This excludes nearly every hybrid. Open pollination allows the same cultivar to be grown simply from seed for many generations.
VE 133 (1g)
1254 Items