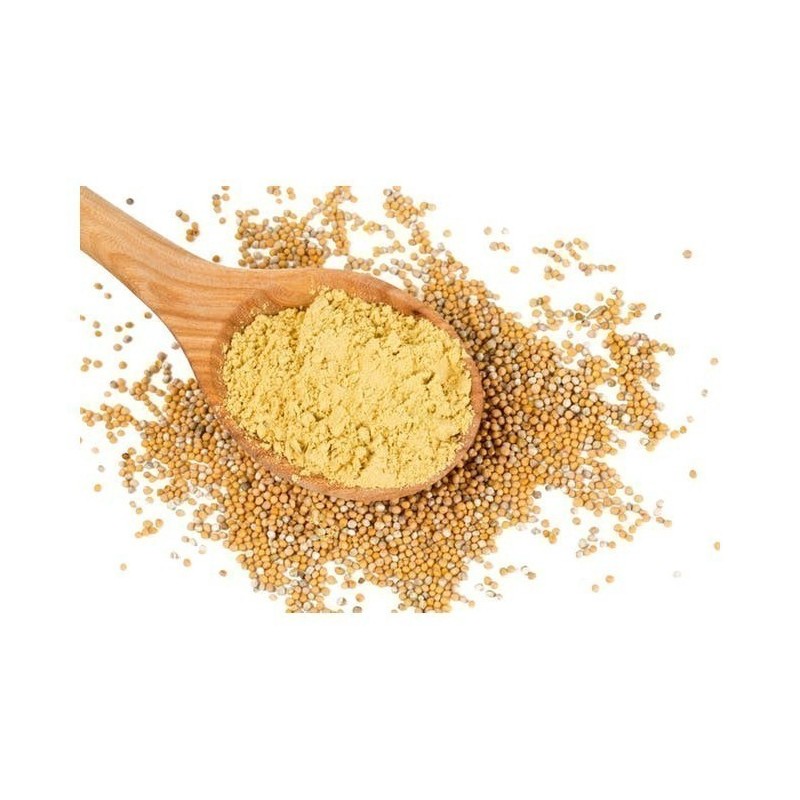 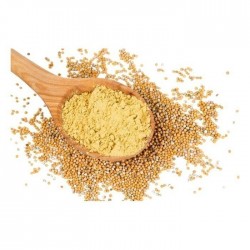 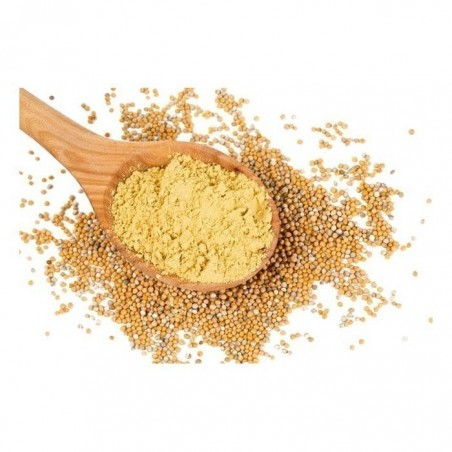 Yellow mustard spice - ground
The price is for packaging of 10 grams of this spice.

Mustard is a condiment made from the seeds of a mustard plant (white/yellow mustard, Sinapis alba; brown/Indian mustard, Brassica juncea; or black mustard, Brassica nigra). The whole, ground, cracked, or bruised mustard seeds are mixed with water, vinegar, lemon juice

Yellow mustard spice - ground
The price is for packaging of 10 grams of this spice.

The whole, ground, cracked, or bruised mustard seeds are mixed with water, vinegar, lemon juice, wine, or other liquids, salt, and often other flavorings and spices, to create a paste or sauce ranging in color from bright yellow to dark brown. The taste of mustard ranges from sweet to spicy.

Commonly paired with meats and cheeses, mustard is also added to sandwiches, hamburgers, corn dogs, and hot dogs. It is also used as an ingredient in many dressings, glazes, sauces, soups, and marinades. As a cream or as individual seeds, mustard is used as a condiment in the cuisine of India and Bangladesh, the Mediterranean, northern and southeastern Europe, Asia, the Americas, and Africa, making it one of the most popular and widely used spices and condiments in the world.

Archeological excavations in the Indus Valley (Indian Subcontinent) have revealed that mustard was cultivated there. That civilization existed until about 1800 BC.

The Romans were probably the first to experiment with the preparation of mustard as a condiment. They mixed unfermented grape juice (the must) with ground mustard seeds (called sinapis) to make "burning must", mustum ardens — hence "must ard". A recipe for mustard appears in De re coquinaria, the anonymously compiled Roman cookbook from the late fourth or early fifth century; the recipe calls for a mixture of ground mustard, pepper, caraway, lovage, grilled coriander seeds, dill, celery, thyme, oregano, onion, honey, vinegar, fish sauce, and oil, and was intended as a glaze for spit-roasted boar.

The Romans likely exported mustard seed to Gaul, and by the 10th century, monks of Saint-Germain-des-Prés in Paris absorbed the mustard-making knowledge of Romans and began their own production. The first appearance of mustard makers on the royal registers in Paris dates back to 1292. Dijon, France, became a recognized center for mustard making by the 13th century. The popularity of mustard in Dijon is evidenced by written accounts of guests consuming 320 litres (70 imp gal) of mustard creme in a single sitting at a gala held by the Duke of Burgundy in 1336. In 1777, one of the most famous Dijon mustard makers, Grey-Poupon, was established as a partnership between Maurice Grey, a mustard maker with a unique recipe containing white wine; and Auguste Poupon, his financial backer. Their success was aided by the introduction of the first automatic mustard-making machine. In 1937, Dijon mustard was granted an Appellation d'origine contrôlée. Due to its long tradition of mustard making, Dijon is regarded as the mustard capital of the world.

The early use of mustard as a condiment in England is attested from the year 1390 in the book The Forme of Cury which was written by King Richard II's master cooks. It was prepared in the form of mustard balls—coarse-ground mustard seed combined with flour and cinnamon, moistened, rolled into balls, and dried—which were easily stored and combined with vinegar or wine to make mustard paste as needed. The town of Tewkesbury was well known for its high-quality mustard balls, originally made with ground mustard mixed with horseradish and dried for storage, which were then exported to London and other parts of the country, and are even mentioned in William Shakespeare's play King Henry the Fourth, Part II.

The use of mustard as a hot dog condiment is said to have been first seen in the US at the 1904 St. Louis World's Fair, when the bright-yellow French's mustard was introduced by the R.T. French Company.

Mustard is most often used at the table as a condiment on cold meats.It is also used as an ingredient in mayonnaise, vinaigrette, marinades, and barbecue sauce. It is also a popular accompaniment to hot dogs, pretzels, and bratwurst. In the Netherlands and northern Belgium, it is commonly used to make mustard soup, which includes mustard, cream, parsley, garlic, and pieces of salted bacon. Mustard as an emulsifier can stabilize a mixture of two or more immiscible liquids, such as oil and water.Added to Hollandaise sauce, mustard can inhibit curdling. 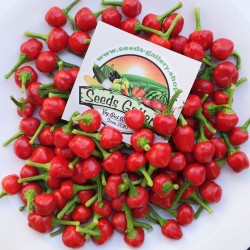 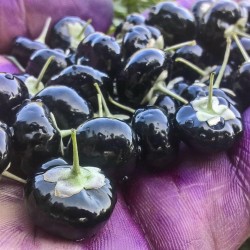 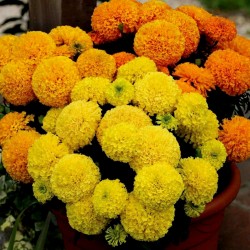 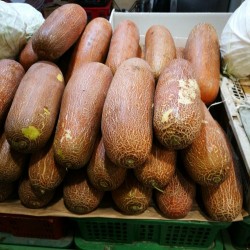 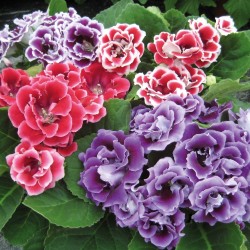 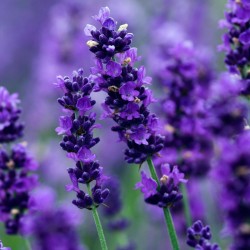