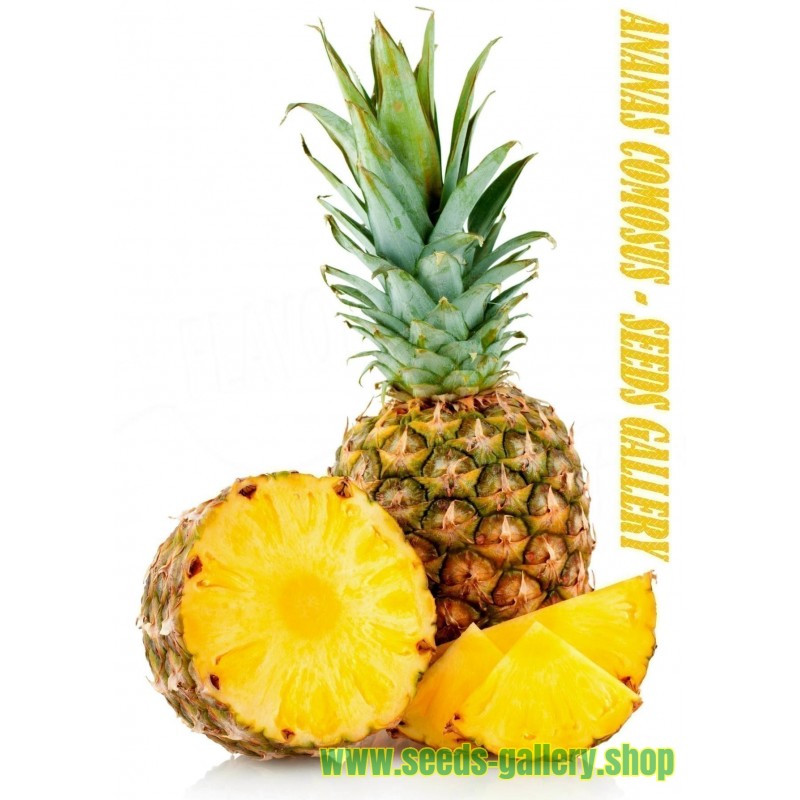 3,50 €
Ananas Seeds "pineapple"(Ananas comosus)
Price for Package of 4 seeds.
Pineapple (Ananas comosus), a tropical plant with edible multiple fruit consisting of coalesced berries,[1] named for resemblance to the pine cone,[2] is the most economically important plant in the Bromeliaceae family.[3] Pineapples may be cultivated from a crown cutting of the fruit,[4] possibly flowe