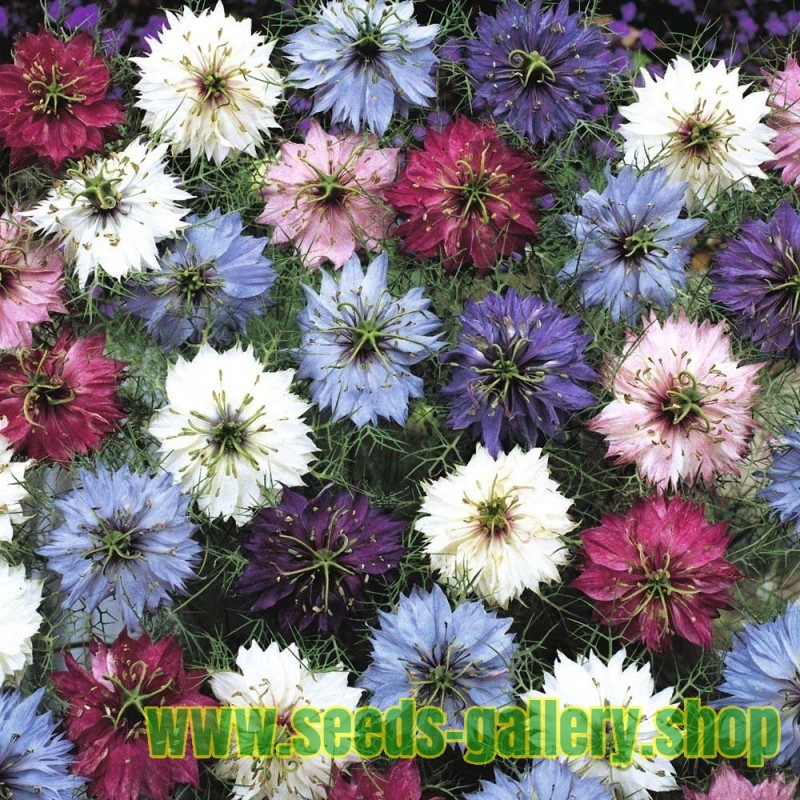 Nigella damascena (love-in-a-mist, ragged lady) is an annual garden flowering plant, belonging to the buttercup family Ranunculaceae. It is native to southern Europe (but adventive in more northern countries

Nigella damascena (love-in-a-mist, ragged lady) is an annual garden flowering plant, belonging to the buttercup family Ranunculaceae. It is native to southern Europe (but adventive in more northern countries of Europe), north Africa and southwest Asia, where it is found on neglected, damp patches of land.

The specific epithet damascena relates to Damascus in Syria.[2] The plant's common name comes from the flower being nestled in a ring of multifid, lacy bracts. It is also sometimes called devil-in-the-bush.