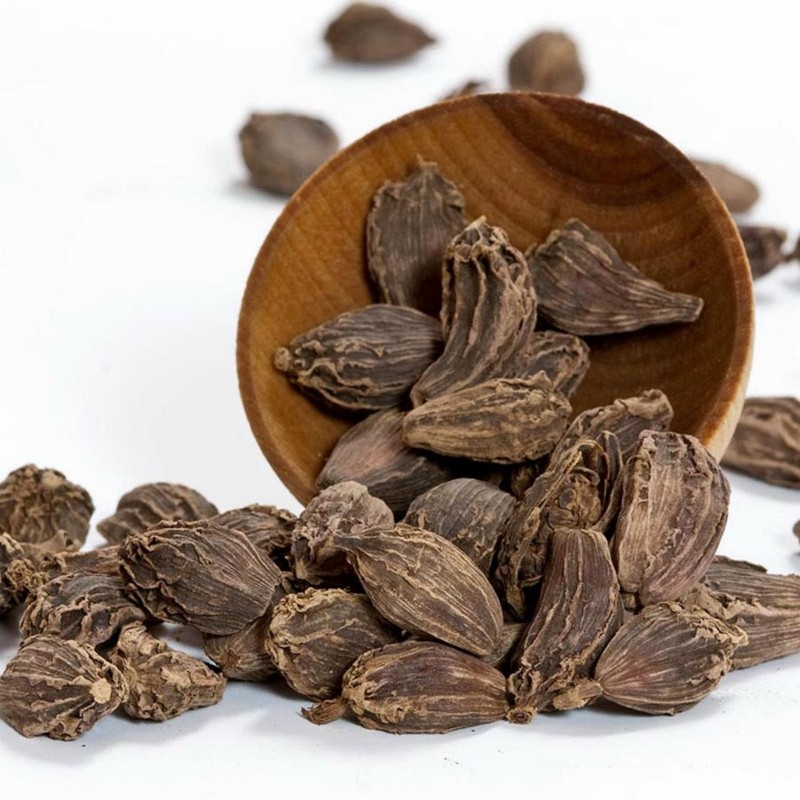 Elettaria cardamomum, commonly known as green or true cardamom, is a herbaceous perennial plant in the ginger family, native to southern India. It is the most common of the species whose seeds are used as a spice called cardamom. It is cultivated widely in tropical regions and reportedly

Elettaria cardamomum, commonly known as green or true cardamom, is a herbaceous perennial plant in the ginger family, native to southern India. It is the most common of the species whose seeds are used as a spice called cardamom. It is cultivated widely in tropical regions and reportedly naturalized in Réunion, Indochina and Costa Rica.

Elettaria cardamomum is a pungent aromatic herbaceous perennial plant, growing about to 2–4 m in height. The leaves are alternate in two ranks, linear-lanceolate, 40–60 cm long, with a long pointed tip. The flowers are white to lilac or pale violet, produced in a loose spike 30–60 cm long. The fruit is a three-sided yellow-green pod 1–2 cm long, containing several black and brown seeds.

The green seed pods of the plant are dried and the seeds inside the pod are used in Indian and other Asian cuisines, either whole or ground. It is the most widely cultivated species of cardamom; for other types and uses, see cardamom.

Cardamom pods as used as a spice

As well as in its native range, it is also grown in Nepal, Vietnam, Thailand, and Central America. In India, the states of Sikkim and Kerala are the main producers of cardamom; they rank highest both in cultivated area and in production. It was first imported into Europe around 1300 BC.