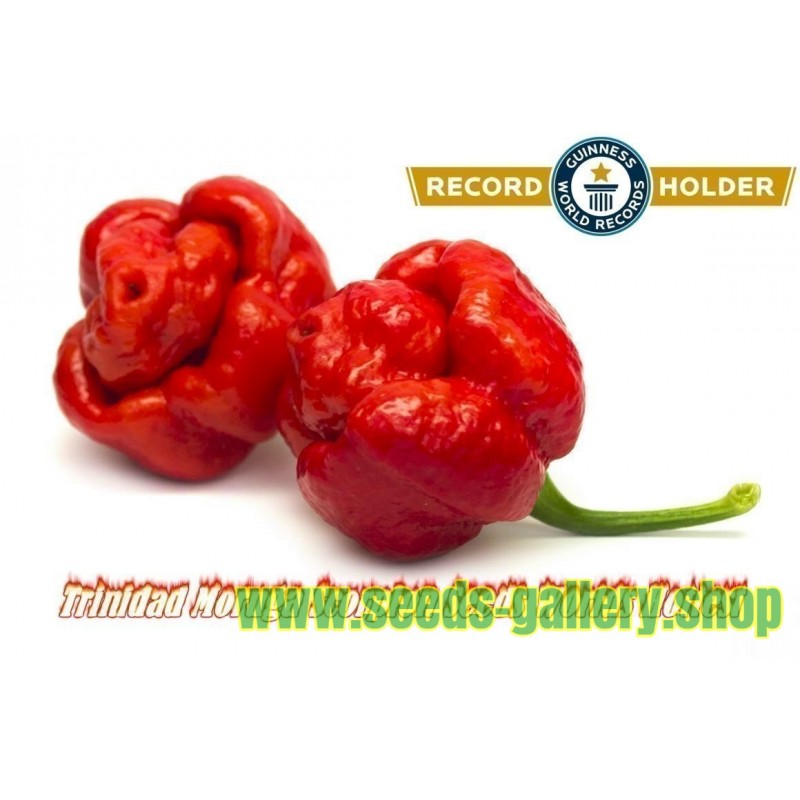 The Trinidad Moruga Scorpion (Capsicum Chinense), endemic to the district of Moruga in Trinidad and Tobago, is currently the world's hottest Chili pepper cultivar.

As you can see yourself from our photos, that the seeds are from our own plants (organically grown) and you know what you will get from the seeds you buy from us...