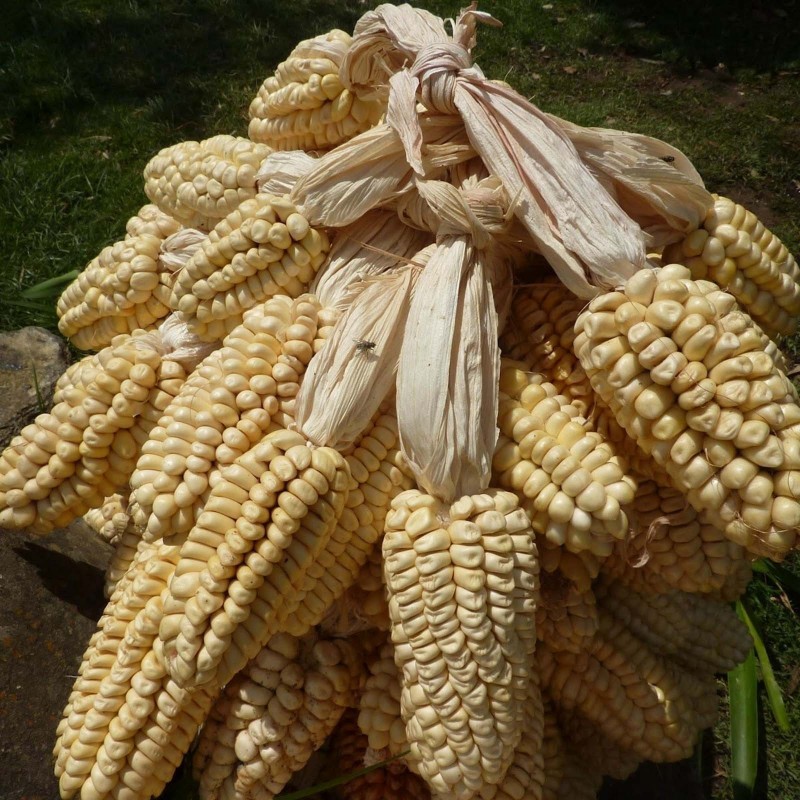 Stora korn 2 cm långa. Chullpi-Maiz Chullpi has a softer shell and interior, and for this reason is most widely used as a toasted (cancha). This unusual large kernel corn is grown for popping.

Stora korn 2 cm långa. Chullpi-Maiz Chullpi has a softer shell and interior, and for this reason is most widely used as a toasted (cancha).