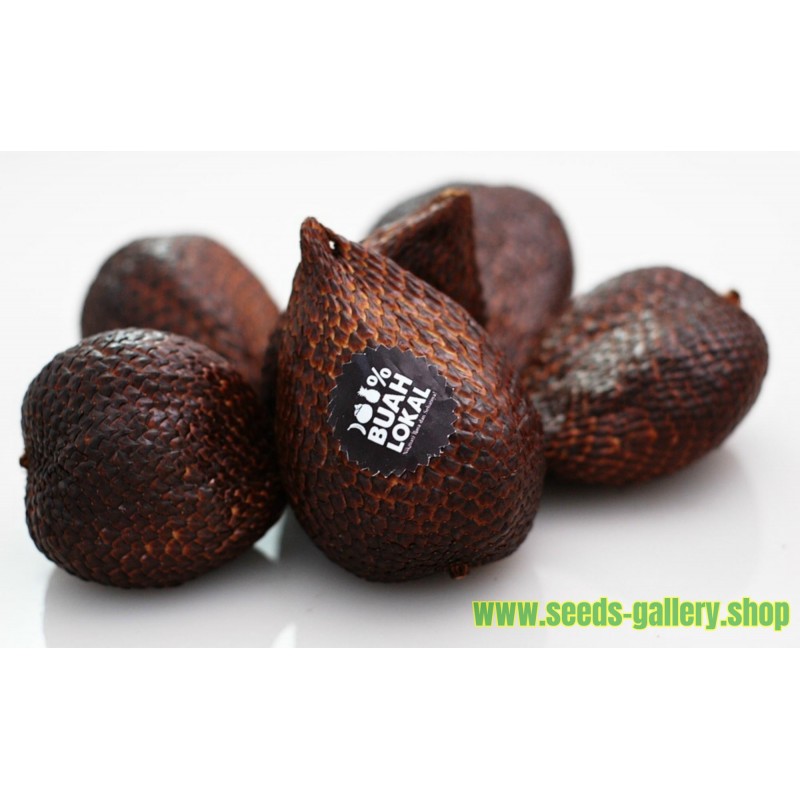 Salak (Salacca zalakka) är en art i familjen palmer södra Sumatra och sydvästra Java. Den ätliga frukten kallas salak eller ormägg.
Salak palm (Salacca edulis or Salacca zalacca) often called Snake Fruit because of the scaly skin on the fruits.   This is a thorny species of palm tree native to Indonesia and Malaysia. It is a very short-stemmed palm making a cluster of short crowns, with leaves up to 5m long; each leaf has a  long petiole with spines one or two inches (2.5 to 5 cm) long, and numerous pinnate (feather like) leaflets.  The pictures show a small 5 liter bucket, not the normal 5 gallon ones.....
The fruit grow in clusters at the base of the palm, and can be peeled by hand, or my favorite is to beak off the tip and insert the handle side of a spoon that will easily peel the fruit, kind of like a boiled egg.  There are three sections inside, with the color and texture of a peeled garlic but a taste that is unlike what you would expect!   It is mostly a combination apple and pineapple, and often tends to be a bit astringent unless very ripe.   Everybody likes them!

You will get already sprouted seeds, no pre-treatment necessary! Just plant the seeds immediately in Sowing soil.