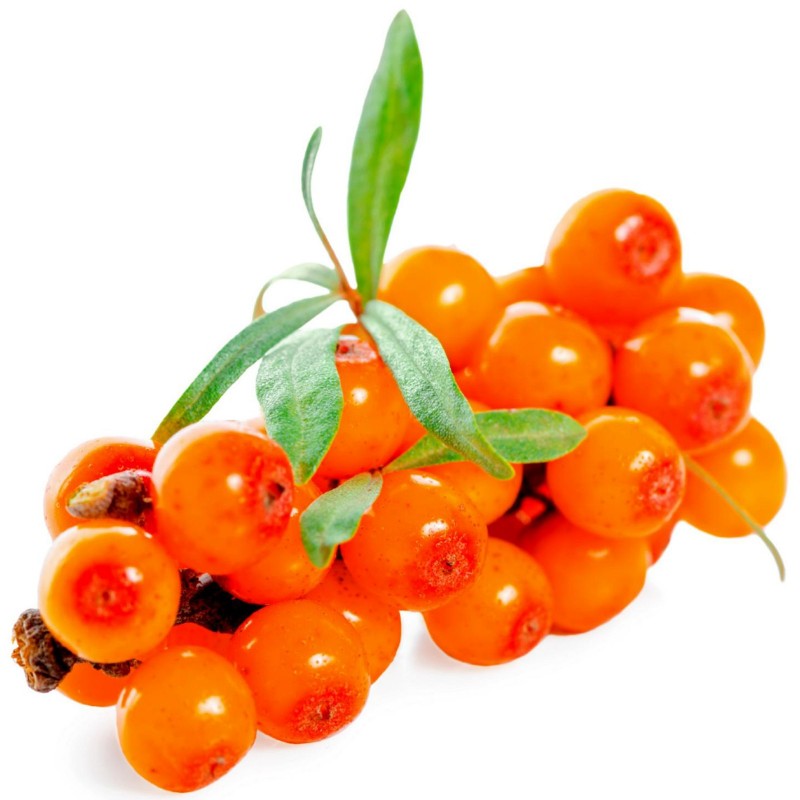 Hippophae is a genus of sea buckthorns, deciduous shrubs in the family Elaeagnaceae. The name sea buckthorn may be hyphenated to avoid confusion with the buckthorns(Rhamnus,

Hippophae is a genus of sea buckthorns, deciduous shrubs in the family Elaeagnaceae. The name sea buckthorn may be hyphenated to avoid confusion with the buckthorns(Rhamnus, family Rhamnaceae). It is also referred to as sandthorn, sallowthorn, or seaberry. It produces orange-yellow berries, which have been used over centuries as food, traditional medicine, and skin treatment in Mongolia, Russia, and northern Europe, which are its origin regions.

It is an exceptionally hardy plant able to withstand winter temperatures as low as −43 °C (−45 °F).[4] Because Hippophae develops an aggressive and extensive root system, it is planted to inhibit soil erosion and is used in land reclamation for its nitrogen fixing properties, wildlife habitat, and soil enrichment.[5] Hippophae berries and leaves are manufactured into various human and animal food and skincare products

Hippophae is a small genus of Elaeagnaceae having a terminal taxon with seven species recognized, as of 2002. Hippophae rhamnoides is a highly variable species with eight subspecies.

In ancient times, leaves and young branches from sea buckthorn were supposedly fed as a remedy to horses to support weight gain and appearance of the coat, leading to the name of the genus, Hippophae derived from hippo (horse), and phaos (shining). 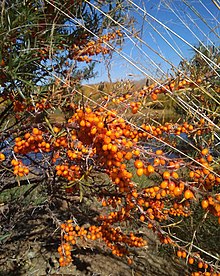 Hippophae rhamnoides, the common sea buckthorn, is the most widespread of the species in the genus, with the ranges of its eight subspecies extending from the Atlantic coasts of Europe across to northwestern Mongolia and northwestern China. In western Europe, it is largely confined to sea coasts where salt spray off the sea prevents other larger plants from outcompeting it. In central Asia, it is more widespread in dry semi-desert sites where other plants cannot survive the dry conditions.

In central Europe and Asia, it also occurs as a sub-alpine shrub above the tree line in mountains, and other sunny areas such as river banks where it has been used to stabilize erosion. They are tolerant of salt in the air and soil, but demand full sunlight for good growth and do not tolerate shady conditions near larger trees. They typically grow in dry, sandy areas.

More than 90% or about 1,500,000 ha (5,800 sq mi) of the world's natural sea buckthorn habitat is found in China, Mongolia, Russia, northern Europe, and Canada, where the plant is used for soil, water and wildlife conservation, anti-desertification purposes, and consumer products.

Sea buckthorn USDA hardiness zones are about 3 through 7. 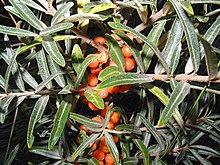 During the Cold War, Russian and East German horticulturists developed new varieties with greater nutritional value, larger berries, different ripening months and branches that are easier to harvest. Over the past 20 years, experimental crops have been grown in the United States, one in Nevada and one in Arizona, and in several provinces of Canada.

A study of nuclear ribosomal internal transcribed spacer sequence data showed that the genus can be divided into three clades:

A study using chloroplast sequences and morphology,[7] however, recovered only two clades:

The fruit is an important winter food resource for some birds, notably fieldfares.[citation needed]

Leaves are eaten by the larva of the coastal race of the ash pug moth and by larvae of other Lepidoptera, including brown-tail, dun-bar, emperor moth, mottled umber, and Coleophora elaeagnisella. 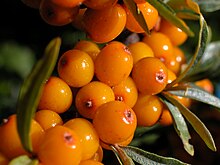 Sea buckthorn berries are edible and nutritious, though astringent, sour, and oily unless 'bletted' (frosted to reduce the astringency) and/or mixed as a drink with sweeter substances such as apple or grape juice. Additionally, malolactic fermentation of sea buckthorn juice reduces sourness, enhancing its sensory properties. The mechanism behind this change is transformation of malic acid into lactic acid in microbial metabolism.

When the berries are pressed, the resulting sea buckthorn juice separates into three layers: on top is a thick, orange cream; in the middle, a layer containing sea buckthorn's characteristic high content of saturated and polyunsaturated fats; and the bottom layer is sediment and juice. Containing fat sources applicable for cosmetic purposes, the upper two layers can be processed for skin creams and liniments, whereas the bottom layer can be used for edible products such as syrup.

Besides juice, sea buckthorn fruit can be used to make pies, jams, lotions, teas, fruit wines, and liquors.[4] The juice or pulp has other potential applications in foods, beverages, or cosmetics products.[4] Fruit drinks were among the earliest sea buckthorn products developed in China. Sea buckthorn-based juice is common in Germany and Scandinavian countries. It provides a beverage rich in vitamin C and carotenoids.

The seed and pulp oils have nutritional properties that vary under different processing methods.[16] Sea buckthorn oils are used as a source for ingredients in several commercially available cosmetic products and nutritional supplements.

Sea buckthorn may be used as a landscaping shrub with an aggressive basal shoot system used for barrier hedges and windbreaks, and to stabilize riverbanks and steep slopes.[4] They have value in northern climates for their landscape qualities, as the colorful berry clusters are retained through winter.[4][5][17] Branches may be used by florists for designing ornaments.

Sea buckthorn has been used over centuries in traditional medicine.[4] Although seabuckthorn fruit extracts are under preliminary research for their pharmacological effects, there is no high-quality clinical evidence for the ability of Hippophae products to lower the risk of human diseases,[21] and are not approved as prescription drugs by any national regulatory agency, as of 2019. Berry oil from seeds or fruit pulp, either taken orally as a dietary supplement or applied topically, is believed to be a skin softener or medicine, but there is inadequate clinical evidence of its effectiveness.[21] There have been no systematic studies of toxicity and safety for any Hippophae product.[21] The fruit of sea buckthorn contains very high amounts of oxalic acid, as well as small amounts of vitamin B12, which is rare in plants.[22]

In 2005, the "EAN-Seabuck" network between European Union states, China, Russia and New Independent States was funded by the European Commission to promote sustainable crop and consumer product development. In Mongolia, there is an active National Association of Seabuckthorn Cultivators and Producers. 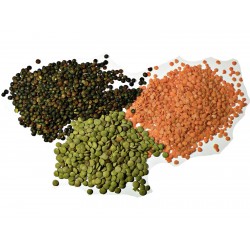 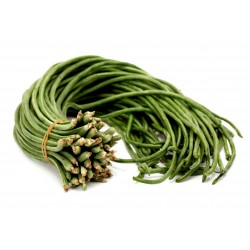 Базова ціна 2,25 € -9% Ціна 2,05 € (SKU: P 47)
Offer ends in:
Seeds Gallery Shop,
5/ 5
<!DOCTYPE html> <html> <head> <meta http-equiv="Content-Type" content="text/html; charset=UTF-8" /> </head> <body> <h2><strong>Yard Long Bean, Snake Bean, Chinese Long Bean Seeds</strong></h2> <h2><span style="color: #ff0000;"><strong>Price for Package of 10 seeds.</strong></span></h2> <p><strong style="font-size: 14px;">Yard Long Bean also known as Snake Bean, Asparagus Bean or Chinese Long Bean produces long, thin round bean pods with a slightly sweet taste. The pods can grow up to 100cm long but are at their best picked when about 30cm long and the thickness of a pencil, then they will be tender and sweet rather than tough.</strong></p> <p>Yard Long Beans are best grown under the protection of a polytunnel/greenhouse in the UK although they can be grown outside in a long hot summer. It is a climbing bean that can reach 2m tall so will need a frame or wigwam of poles to climb up and tied to as with Runner beans or French Beans.</p> <p>Yard Long Bean produces pretty delicate purple flowers and the pods hang down in pairs. To keep them producing beans, regularly pick and use the bean fresh within 1-2 days. They are a very productive plant given the protection of a greenhouse and lots of heat although can be held back if a little cold.</p> <p>Yard Long Beans are a staple of South East Asian/Thailand cuisine but are also used in Hindi (Chori) and Caribbean (bora) cooking. They can be steamed or stir-fried and are great in curries. Cut the pods into 10cm lengths and treat like French Beans. If any of the pods are allowed to mature, the beans in the pods can be shelled, dried and kept in an airtight container for use in soups and stews etc. The beans will require soaking overnight in water and boiling vigorously for 10 minutes before simmering until tender so as to destroy any toxins as with most pulses.</p> <p>Yard Long Bean is an unusual bean that is well worth growing, but to get the best pick young and tender and use fresh but perhaps allow a couple to grow on have a competition to try growing the longest pod. It’s a bean feast!</p> <p></p> <div><span style="font-size: 10pt; color: #0000ff;"><strong><iframe width="640" height="385" src="https://www.youtube.com/embed/CyDsxnUGO90?rel=0&amp;hd=1" frameborder="0" class="embed-responsive-item"> </iframe></strong></span></div> </body> </html>
P 47