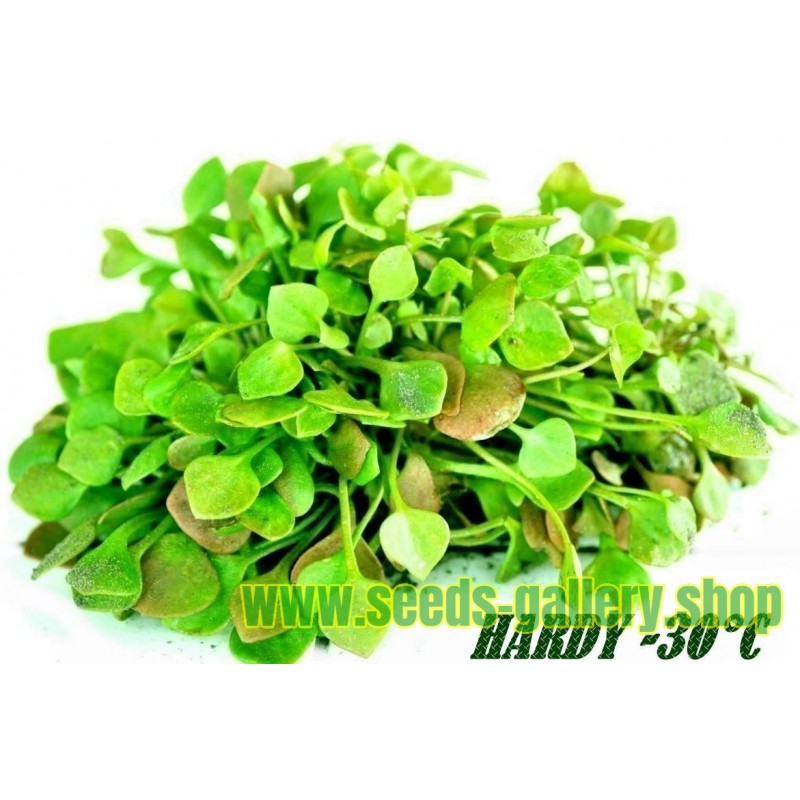 Claytonia perfoliata is a rosette-forming plant, growing to a maximum of 40 cm in height, but mature plants can be as small as 1 cm. The cotyledons are usually bright green (rarely purplish or brownish-green), succulent, long and narrow. The first true leaves form a rosette at the base of the plant, and are 0.5–4 cm long, with an often long petiole (exceptionally up to 20 cm long).

The small pink or white flowers have five petals 2–6 mm long; they appear from February to May or June, and are grouped 5–40 together above a pair of leaves that are united together around the stem to appear as one circular leaf. Mature plants have numerous erect to spreading stems that branch from the base.

It is common in the spring, and it prefers cool, damp conditions. It first appears in sunlit areas after the first heavy rains. Though, the best stands are found in shaded areas, especially in the uplands, into the early summer. As the days get hotter, the leaves turn a deep red color as they dry out.

The common name miner's lettuce refers to its use by California Gold Rush miners who ate it to get their vitamin C to prevent scurvy. It can be eaten as a leaf vegetable. Most commonly it is eaten raw in salads, but it is not quite as delicate as other lettuce. Sometimes it is boiled like spinach, which it resembles in taste.

It is widely naturalized in western Europe. It was introduced there in the eighteenth century, possibly by the naturalist Archibald Menzies, who brought it to Kew Gardens in 1794.