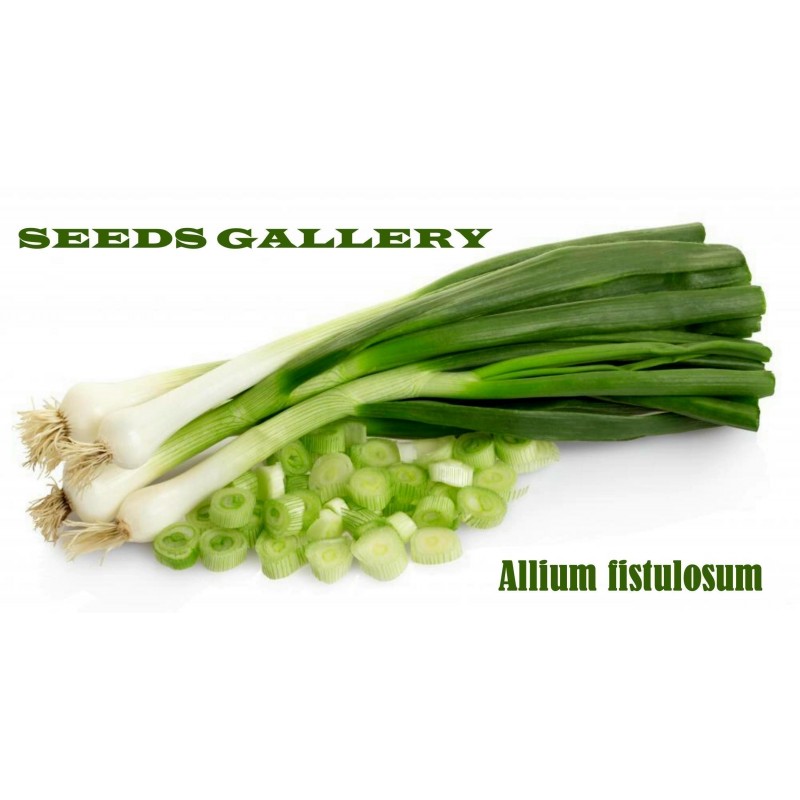 Long-term Welsh onion – one of ancient useful plants who can provide with valuable vitamin greens in the early spring. Its bright shoots are shown when even not all snow melted on a country site

Long-term Welsh onion – one of ancient useful plants who can provide with valuable vitamin greens in the early spring. Its bright shoots are shown when even not all snow melted on a country site. In the people to it thought up many names: dudchaty, Chinese, sand, Tatar. Gentle, not really sharp "plumelets" are suitable for salads, garnishes, okroshka.

Description and characteristic of Welsh onion

Externally these onions are similar on everything the known napiform. But here the bulb underground at it is not formed. The basis of escape has only a small expansion called by botanists a false bulb. It is formed because the bases of sheet vaginas are thickened. The underground part of Welsh onion lives in the earth some years, and here the land part presented by leaves and tsvetonosa annually dies off during the autumn period. For Welsh onion strong branching, existence of a set of modified dudchaty leaves, hollow is characteristic inside. They accrue gradually, gaining the power. Depending on a grade, height of Welsh onion can be from 40 to 60 cm. For the second year of life Welsh onion throws out flower shooters, which length about 45 cm. Growing on one place, these onions well give greens for seven years. But it is best of all it does in the first four years. Then productivity considerably falls, it is connected with strong growth of underground part. Therefore in four years it should be seated in other places of a site. Surprisingly, but shoots of Welsh onion are capable to transfer spring frosts when stem of thermometer falls lower than zero by eight degrees. And here adult plants normally winter even if temperature will be-45 degrees. Therefore it is sowed often by Siberian summer residents. For normal development these onions need long light day. Optimum temperature for fast development from 18 to 22 degrees. Vitamin C in Welsh onion is approximately twice more, than in a turnip. There are in it phytoncides, essential oils, vitamins: carotene, B1, V2, PP, mineral salts of calcium, magnesium, phosphorus, iron, potassium.

The Chinese and Tibetan Aesculapians actively use Welsh onion as the antiseptic, all-strengthening means at treatment of gastrointestinal diseases, feverish states, skin illnesses. It is recommended to eat to hypertensive persons, it improves elastic properties of walls of capillaries.

This perennial cannot be placed on low, flooded places. A bed it is better for it to do the high. The excellent crop can be received on the structural, generously flavored with organic chemistry light loams or sandy loams. Boggy or heavy clay soil does not suit Welsh onion at all. It is also necessary to consider that on sandy and peaty soil which tend to drying, the strelkovaniye occurs much quicker. Sour soils before landing by all means should be izvestkovat or changed, adding a dolomitic flour when redigging. Well sites where grew cabbage, pumpkin, vegetable marrows, potatoes earlier are suitable for Welsh onion. If soils at you poor, on square meter it is necessary to bring about 5 kg of humus, 25 grams of ammonium nitrate, 15 grams of chloride potassium, 25 grams of superphosphate. It is better to prepare a site for Welsh onion even in the fall.

It is possible to sow Welsh onion from the last days of April to the last decade of July – here such long period. But that the earth was not empty if you decided to sow Welsh onion in the summer, in the spring on this place can put salad, fennel, the Beijing cabbage or a radish so far, and then after their cleaning to place Welsh onion there. At first it is desirable to wet seeds in water or solution of microfertilizers (one tablet on water liter undertakes). Only watch that seeds did not give long boring, such seeds will complicate landing process. We at first for 20 minutes presoak seeds in potassium permanganate solution (warm), and then in usual warm water which constantly we change. In advance before landing humidify the bed, and then already do grooves. On square meter about two grams of seeds leave. Depth of seal fluctuates from 1 to 2 cm (everything depends on your soil). Between plants there has to be a distance not less than 6 cm, and between ryadochka – on 18 cm. If carry out landing in the early spring (April), it is better to cover a gryadochka with a film or other ukryvny material. It will be necessary to remove it when boring seems.

And everything is farther it will be simpler – acquaintances to us loosening, timely watering, weedings, top dressing if necessary. InfoAdvisor.net will notice that loosening it is desirable to carry out after each rain (or watering). Then the soil crust will not be formed, air will be better to get into the earth, it will more long keep moisture. When Welsh onion does not have moisture, it "becomes angry" - tastes bitter and grows coarse. If seeds from these onions are not required for you, tear off flower arrows. Now about podkormka. Do the first of them in 30 days after shoots get out, using an azofoska or a nitrofoska (on square meter take them 10 grams). Also the divorced dung water is good. That onions wintered better, in October carry out top dressing with potash fertilizers (their number of 10 grams on square meter). The next year in the spring as soon as from a gryadochka snow leaves, clean the remains of plants, cover it with ukryvny material. If build a parnichok, for example, by means of arches, receive green material for about fifteen days earlier. If to carry out having watered with warm water, it too will accelerate receiving greens.

If you wish to grow up Welsh onion as an odnoletnik then it is better to resort to a rassadny way of cultivation. At first sow seeds in the spring in glasses on some pieces, keep them in the greenhouse. And then already send to an open ground when at plants is on four leaves. Usually such occurs in the middle of May. Then in the middle of July you receive a good harvest of sound Welsh onion.

If contain Welsh onion as part of affiliated plants dig out perennial, each three or four years with the earth and replace in other place. Such way of reproduction, simple division of a big bush, is very convenient. Still such expanded bushes can be dug out with an earth lump over time and then to use for a vygonka to receive vitamin greens. It works well even on a window sill in the container.

Sometimes Welsh onion gets sick peronosporozy, the pale green specks blurring on a stalk and a gray-violet raid testify to it. Here it is necessary to do processing by specifics. If in plumelets you noticed a white worm, this is the wrecker called by the onions miner. Can lead its defeat to rotting of a false bulb onions flies (their larvae). Transparent, whitish stripes on a stalk of Welsh onion is a sign of that in a stalk the onions weevil was brought.

It is a little about harvesting. During the season it is possible to carry out some cuts (at ground level) of the accruing green material – gentle "plumelets". Manage to make the last cut to the middle of August that onions could be prepared for wintering.