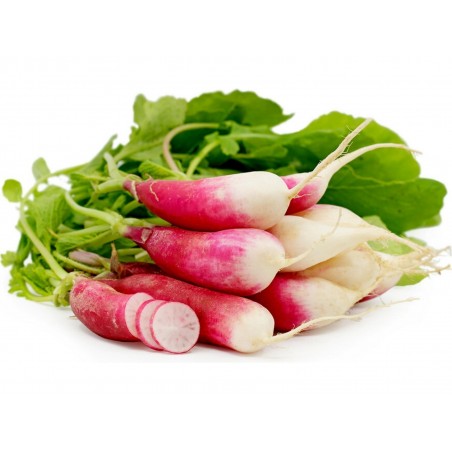 1,55 €
Adóval együtt
Cylindrical Radish Seeds Flamboyant 3
Price for Package of 50 seeds.
High quality half-long, cylindrical radishes is tasty and tender.  When you bite into Radish Flamboyant Sabina, the first reaction is WOW. The flavour really is refreshingly strong, crisp and clean. It's just what the summer salads needs. Not spicy. 28-32 days. Direct seed in early spring and again in fall.