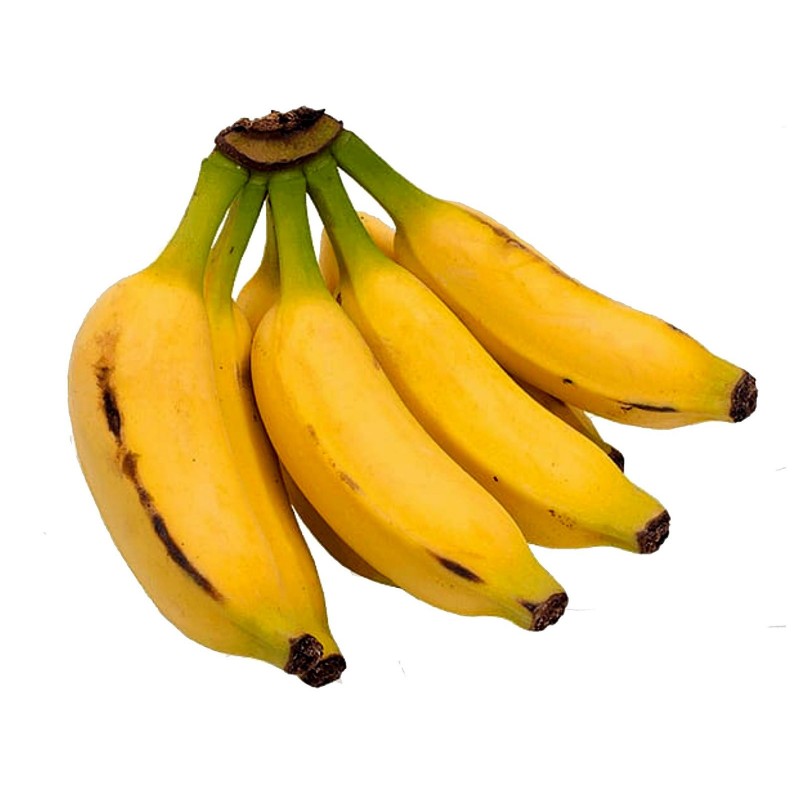 Σπόροι μπανάνα Musa Acuminata
Τιμή για το πακέτο των 3 σπόρους.
Musa acuminata is a species of banana native to Southeast Asia. Most of the modern edible dessert bananas belong to this species, although some are hybrids with Musa balbisiana. First cultivated by humans at around 8000 BC it is one of the early examples of domesticated plants.

Musa acuminata is a species of banana native to Southeast Asia. Most of the modern edible dessert bananas belong to this species, although some are hybrids with Musa balbisiana. First cultivated by humans at around 8000 BC it is one of the early examples of domesticated plants.

The seeds of wild Musa acuminata are around 5 to 6 mm (0.20 to 0.24 in) in diameter. They are subglobose or angular in shape and very hard. The tiny embryo is located at the end of the micropyle. Each seed of Musa acuminata typically produces around four times its size in edible starchy pulp (the parenchyma, the portion of the bananas eaten), around 0.23 cm3 (0.014 cu in). Wild Musa acuminata is diploid with 2n=2x=22 chromosomes, while cultivated varieties (cultivars) are mostly triploid (2n=3x=33) and parthenocarpic, producing fruit without seeds. The most familiar dessert banana cultivars belong to the Cavendish subgroup. The ratio of pulp to seeds increases dramatically in "seedless" edible cultivars: the small and largely sterile seeds are now surrounded by 23 times their size in edible pulp. The seeds themselves are reduced to tiny black specks along the central axis of the fruit.

Musa acuminata belongs to section Musa (formerly Eumusa) of the genus Musa. It belongs to the family Musaceae of the order Zingiberales. It is divided into several subspecies (see section below).

Musa acuminata was first described by the Italian botanist Luigi Aloysius Colla in the book Memorie della Reale Accademia delle Scienze di Torino (1820). Although other authorities have published various names for this species and its hybrids mistaken for different species (notably Musa sapientum by Linnaeus which is now known to be a hybrid of Musa acuminata and Musa balbisiana), Colla's publication is the oldest name for the species and thus has precedence over the others from the rules of the International Code of Botanical Nomenclature. Colla also was the first authority to recognize that both Musa acuminata and Musa balbisiana were wild ancestral species, even though the specimen he described was a naturally occurring seedless polyploid like cultivated bananas.

Musa acuminata bears flowers that by their very structure, makes it difficult to self-pollinate. It takes about four months for the flowers to develop in the fruits, with the fruit clusters at the bases ripening sooner than those at the tip.

In 1955, Norman Simmonds and Ken Shepherd revised the classification of modern edible bananas based on their genetic origins. Their classification depends on how many of the characteristics of the two ancestral species (Musa acuminata and Musa balbisiana) are exhibited by the cultivars. Most banana cultivars which exhibit purely or mostly Musa acuminata genomes are dessert bananas, while hybrids of M. acuminata and M. balbisiana are mostly cooking bananas or plantains.

Musa acuminata is one of the earliest plants to be domesticated by humans for agriculture. They were first domesticated in Southeast Asia and surrounding areas (possibly New Guinea, eastern Indonesia, and the Philippines) at around 8000 BC. It has been suggested that M. acuminata may have originally been domesticated for parts other than the fruit. Either for fiber, for construction materials, or for its edible male bud. They were selected early for parthenocarpy and seed sterility in their fruits, a process that might have taken thousands of years. This initially led to the first 'human-edible' banana diploid clones (modern AA cultivars). Diploid clones are still able to produce viable seeds when pollinated by wild species. This resulted in the development of triploid clones which were conserved for their larger fruit.