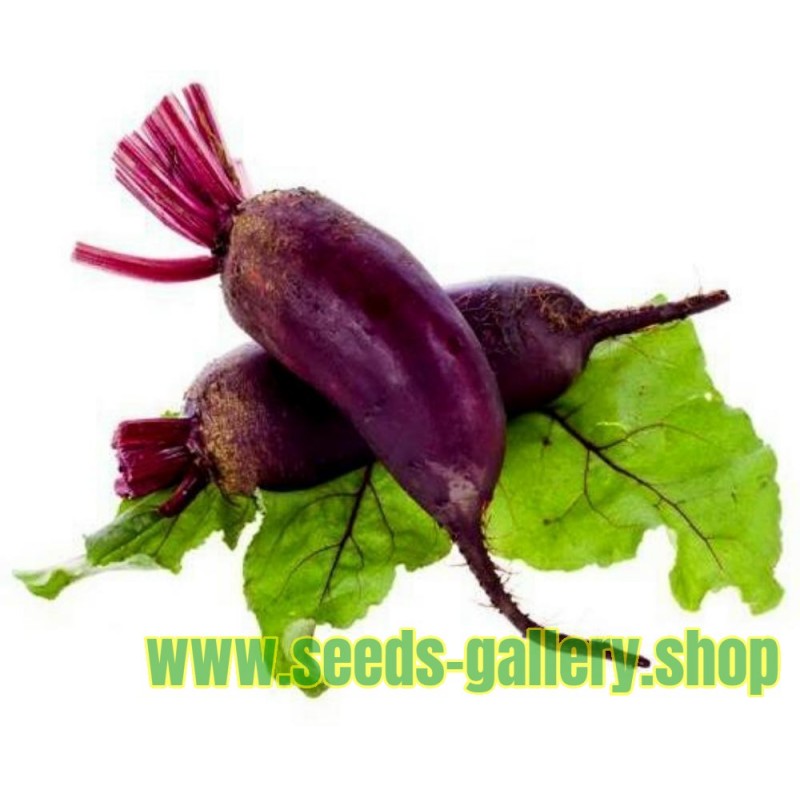 1,95 €
Beetroot Seeds “Cylindra” (Beta vulgaris var. crassa)
Price for Package of 100 seeds.
Beetroot Cylindra, as its name suggests is a cylindrical (half-long or stump-rooted) beetroot. Smooth-skinned with dark purple-red flesh, it grows a dark red, elongated root 7 to 10cm (6 to 8in) long. This unique variety has a very fine, smooth texture with little fibre, the