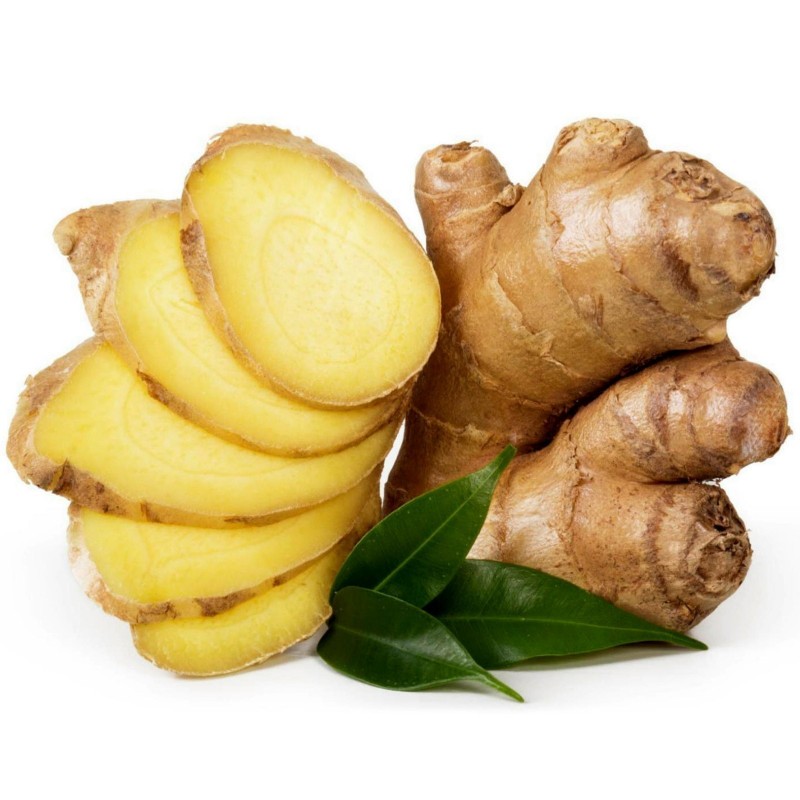 Ginger is a well-known spice produced from the rhizome (underground stem) of the tropical herbaceous plant, Zingiber officinale.

Zingiber officinale is best known as the source of the pungent, aromatic spice called ginger. This spice is produced from the rhizome (underground stem) of the plant.

Obtained by the Greeks and Romans from Arab traders, it was one of the first oriental spices to arrive in Europe. Other spices in the ginger family (Zingiberaceae) include cardamom (Elettaria cardamomum) and turmeric (Curcuma longa).

Ginger has many medicinal uses. The fresh or dried rhizome is used in oral or topical preparations to treat a variety of ailments, while the essential oil is applied topically as an analgesic. Evidence suggests ginger is most effective against nausea and vomiting associated with surgery, vertigo, travel sickness and morning sickness. However, the safe use of ginger during pregnancy is questionable and pregnant women should exercise caution before taking it. The topical use of ginger may cause allergic reactions.

Zingiber officinale is possibly native to India. It is widely grown as a commercial crop in south and southeast Asia, tropical Africa (especially Sierra Leone and Nigeria), Latin America, the Caribbean (especially Jamaica) and Australia.

Ginger has a distinctive thickened, branched rhizome (underground stem) which sometimes looks somewhat like a swollen hand. The rhizome has a brown corky outer layer (usually removed before use) and a pale yellow centre with a spicy lemon-like scent.

Shoots (pseudostems), up to 1.2 m tall, arise annually from buds on the rhizome. These pseudostems are formed from a series of leaf bases (sheaths) wrapped tightly around one another with the long (up to 7 cm), narrow (up to 1.9 cm wide), mid-green leaf blades arranged alternately.

The flowering heads, borne on separate shorter stems, are cone-shaped spikes and composed of a series of greenish to yellowish leaf-like bracts. Protruding just beyond the outer edge of the bracts, the flowers are pale yellow in color with a purplish lip that has yellowish dots and striations. Flowering stems are rarely if ever, produced in cultivated plants.

The aromatic rhizome of Zingiber officinale is the source of ginger, a spice used for centuries to add flavour in cooking. In Asia, the fresh stem is an essential ingredient of many dishes, whereas the dried, powdered spice is more popular in European cooking. Gingerbread, one of the most popular uses for ginger in Britain, dates to Anglo-Saxon times when preserved ginger (produced by boiling the rhizome in sugar syrup) was used, often medicinally.

Crystallised ginger, a sweetmeat traditionally eaten as a delicacy at Christmas, is prepared by coating dried, preserved ginger with sugar. Ginger oil, the oleoresin, is used to flavor ginger beer and ginger ale and is commonly used as an ingredient in perfumery, cosmetics, and medicines.

The pungent principles in ginger are the non-volatile phenolic compounds gingerol, gingeridioneandshogaol.

Ginger probably originated as part of the ground flora of tropical lowland forests, where many of its wild relatives can still be found. In cultivation it requires hot, humid, shady conditions and grows best in a fertile loam as it needs large quantities of nutrients.

Zingiber officinale has been successfully propagated at Kew using internodal cuttings. The cuttings are placed in a shallow pot in a mixture of coir and perlite. The pot is placed in a misting unit (or, if not available, in a closed glass case), which is heated at the base to 20 ˚C. It takes time for any activity to become visible, but eventually, new roots and shoots are produced. It has been noted that this method produces vigorous plants. The traditional technique for propagation of ginger is by division.

Mature plants are grown in the behind-the-scenes Tropical Nursery at Kew, in a zone that is kept at a temperature of 18-25 ˚C and at high humidity (70-90 % RH). The plants are watered daily throughout most of the year. In the winter they can be watered less often, as long as they are kept moist. They are fed fortnightly with nitrogen, phosphorus & potassium mix and calcium nitrate.

In winter the older pseudostems are removed from the plants, and the new ones allowed to grow up. At this stage, the new pseudostems may need staking, but usually, they are strong enough to support themselves. Occasionally mealy bug and red spider mite cause problems. Where possible these pests are removed by hand.

This species at Kew

Zingiber officinale can be seen in Kew's Palm House, alongside other plants from Southeast Asia.

Various members of the ginger family are grown in the hot moist section of the Princess of Wales Conservatory.

Specimens of ginger are held in Kew’s Economic Botany Collection in the Sir Joseph Banks Building, where they are available to researchers by appointment.