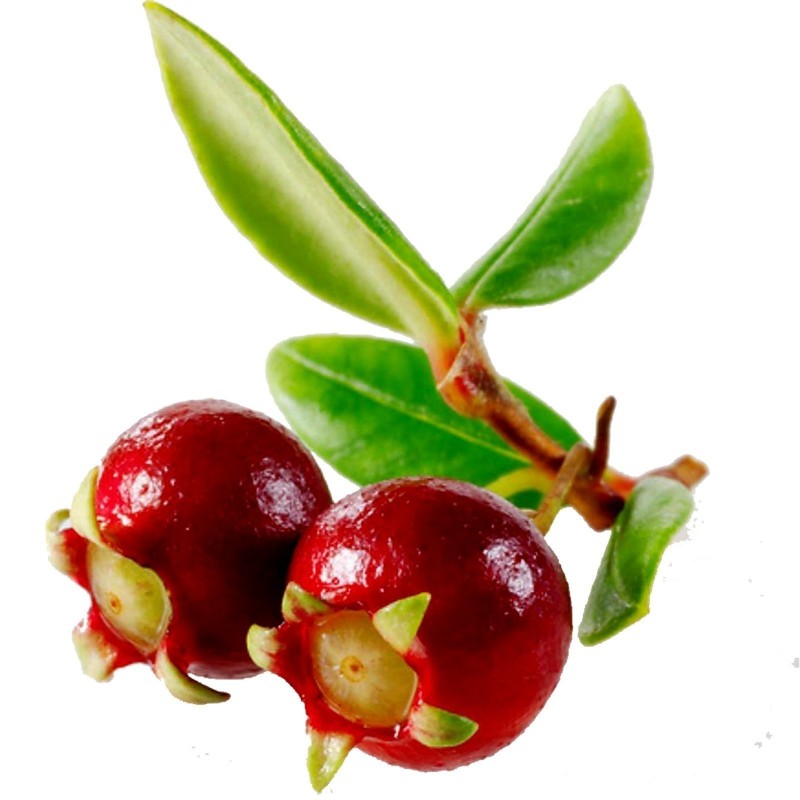 Ugni molinae, commonly known as Chilean guava, or strawberry myrtle, is a shrub native to Chile and adjacent regions of southern Argentina. The Mapuche Native American name is "Uñi". It is in the same botanical family as the Guava. The fruit is sometimes marketed as "Ugniberry", as "New Zealand cranberry" in New Zealand, and the name "Tazziberry" has been trademarked in Australia, but it is not a native plant to these countries.

The Ugni is a shrub from 30 cm to 170 cm tall with evergreen foliage. In some exceptional cases the shrub can grow up to 3 m in height. The leaves are opposite, oval, 1–2 cm long and 1-1.5 cm broad, entire, glossy dark green, with a spicy scent if crushed. The flowers are drooping, 1 cm diameter with four or five white or pale pink petals and numerous short stamens; the fruit is a small red, white or purple berry 1 cm diameter. In its natural habitat; the Valdivian temperate rain forests the fruit matures in autumn from March to May.

It was first described by Juan Ignacio Molina (hence its name) in 1782. It was introduced to England in 1844 by the botanist and plant collector William Lobb, where it became a favorite fruit of Queen Victoria. It is also grown as an ornamental plant.

The fruit is cultivated to a small extent. The usage of the fruit in cuisine is limited to southern Chile where it grows. It is used to make the traditional liqueur Murtado that is made of aguardiente and sugar flavoured by conserving murtas inside the bottle. It is also used to make jam and the Murta con membrillo

Ugni molinae is grown for its glossy evergreen foliage, (tolerant of close clipping), and for the profusion of small blooms, produced even on young plants. With shelter from cold winds, it will tolerate temperatures to -10ºC. Grow in full sun in a moderately fertile, well-drained soil enriched with leafmould or other well-composted organic matter. In pots, use a freely draining, medium-fertility, loam-based mix, water moderately when in growth, reducing as light levels and temperatures fall to keep just moist in winter at a minimum temperature of 5ºC. Repot every other year in early spring. Prune in spring to maintain size and shape and to remove frosted growth. Propagate by semi-ripe nodal cuttings in summer rooted in sand in a closed shaded frame or in a closed case with bottom heat. Also by basal cuttings of the current year’s growth taken in late autumn and rooted in a shaded frost-free frame, or by simple layering.