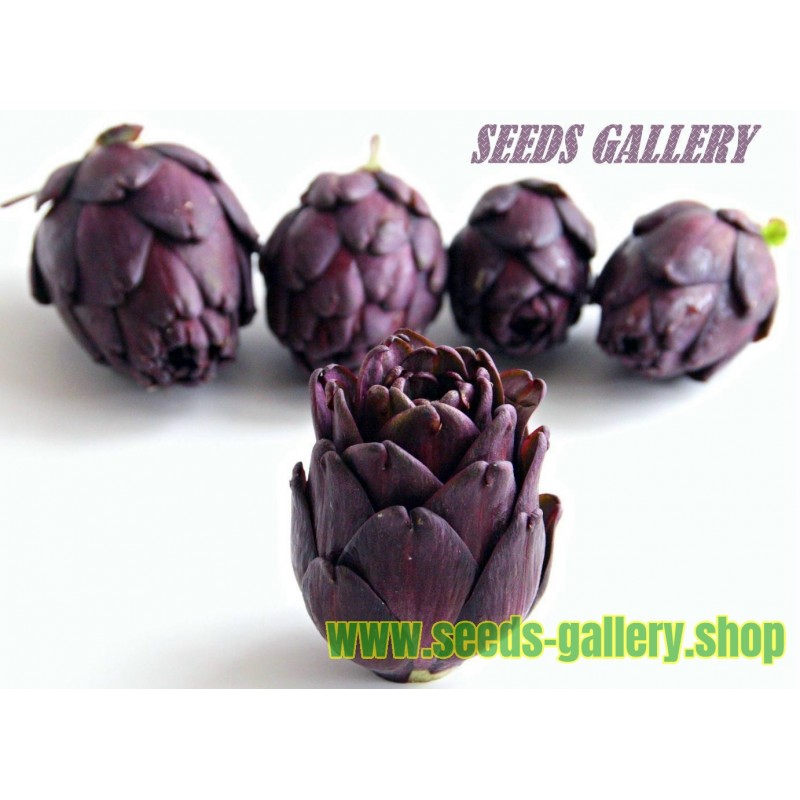 Artichoke ‘Violet de Provence’ is one of the most traditional of Italian vegetables. It is known by a variety of names including Violetta di Provenza, and Poivrade. This delicious medium-sized artichoke

Sow under glass February to March or sow outdoors once the soil has warmed for cropping the following year. Sow the seeds at a depth of 6mm (¼in), they should germinate in 10 to14 days.
Transplant in June to crop in autumn and the following May. They need a position that receives eight hours or more sun per day.
Seed sown outdoors flowers the year after sowing. Sow direct when the soil has warmed up in mid-spring for cropping the following year. Sow in free-draining soil, 2 to 3 seeds in stations 30cm (12in) apart. Thin out so that there is one good plant every 60cm (24in). The thinnings can be transplanted.
Artichokes need constant moisture: water well. They thrive in moderate climates near the sea where the soil has a high salt content. Seaweed is said to be the best fertiliser possible for these plants.