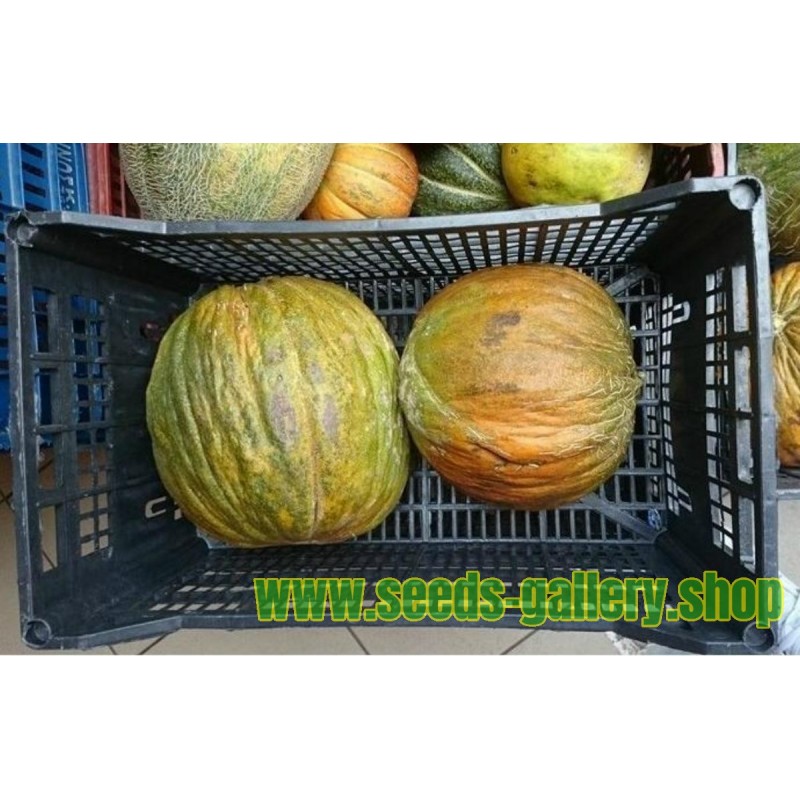 The Casaba melon is unique in its appearance, thus once identified it is easily recognized. It has an ovoid to the round shape that comes to a point at its stem end. When ripe its skin will be

The Casaba melon is unique in its appearance, thus once identified it is easily recognized. It has an ovoid to round shape that comes to a point at its stem end. When ripe its skin will be a golden yellow with hints of green throughout. Its thick rind has irregular, shallow furrows running from end to end. The creamy pale green to white flesh is mild and sweet in flavor with nuances of Asian pear. Unlike other muskmelon varieties its aroma is very subtle and its skin is void of the typical netting.

Casaba melons are available summer through the early winter.

Botanically known as Cucumis melo var inodoras and a member of the Cucurbitaceae family, the Casaba melon is a unique variety of muskmelon. They belong to the winter melon group, which also includes honeydew melons. The winter melon classification is attributed to their growing season, their hardiness and long shelf-life. Casaba melons are a parent melon along with a cantaloupe variety to the Crenshaw melon.

Casaba melons are best utilized in fresh preparations. Its flavor will work well in both sweet and savory salads. Pureed it can be added to cold soups, smoothies, sorbets, sauces and cocktails. The Casaba melon pairs well with curry, cucumber, chilies, lime, red onion, mint, basil, coconut milk, ricotta, mozzarella and cottage cheese. An excellent keeper once ripe uncut Casaba melon will keep at room temperature for up to two weeks. Refrigerate cut up melon in a covered container up to three days.

The Casaba melon was introduced to the United States in the late nineteenth century when it was imported from Kasaba, Turkey. Unlike several melon varieties, the Casaba does not "slip" from the vine at maturity. The fruits are harvested by cutting the stem when the melons are reasonably mature and then held in storage until the blossom end becomes soft.