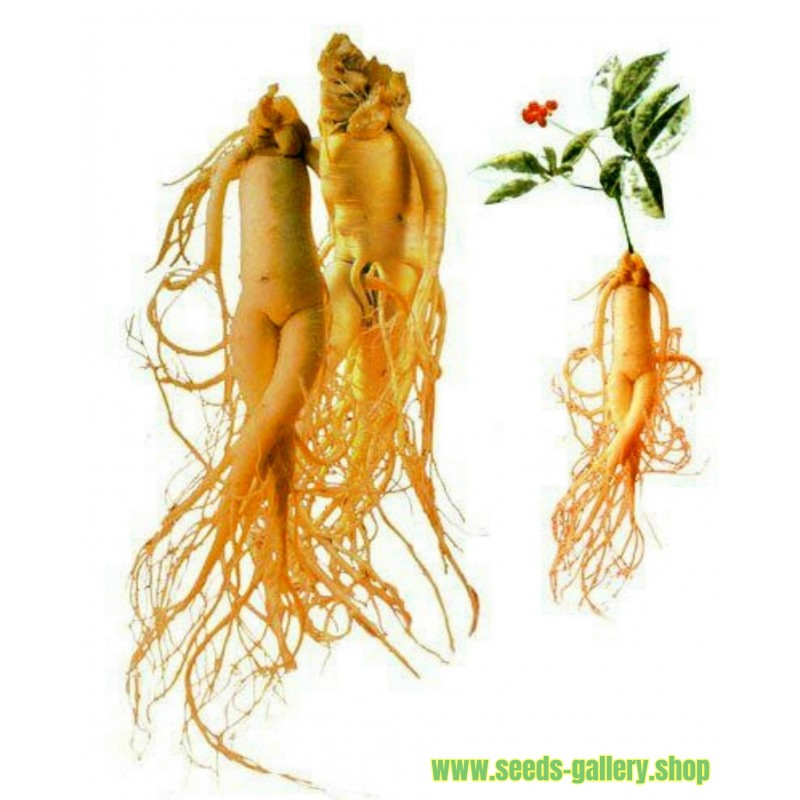 Panax ginseng has an ancient history. It has been used as medicine in China from more than 2000 years. It is also well known as Asian ginseng or Korean ginseng. The word ginseng is derived from Chinese word 'Renseng' or 'Jinchen' which means 'like a man' in accordance with their

Panax ginseng has an ancient history. It has been used as medicine in China from more than 2000 years. It is also well known as Asian ginseng or Korean ginseng. The word ginseng is derived from Chinese word ‘Renseng’ or ‘Jinchen’ which means ‘like a man’ in accordance with their resemblance to the shape of the human body and the word Panax originates from the Latin word panacea which means ‘cure all’. Ginseng is native to China, Russia, North Korea,Japan and South Korea

Ginseng (pronounced /ˈdʒɪnsɛŋ/[1]) is any one of 11 species of slow-growing perennial plants with fleshy roots, belonging to the genus Panax of the family Araliaceae.

Ginseng is found only in the Northern Hemisphere, in North America and in eastern Asia (mostly Korea, northeast China, Bhutan, and eastern Siberia), typically in cooler climates. Panax vietnamensis, discovered in Vietnam, is the southernmost ginseng known. This article focuses on the series Panax ginsengs, which are the adaptogenic herbs, principally Panax ginseng and P. quinquefolius. Ginseng is characterized by the presence of ginsenosides.

Siberian ginseng (Eleutherococcus senticosus) is in the same family, but not genus, as true ginseng. Like ginseng, it is considered to be an adaptogenic herb. The active compounds in Siberian ginseng are eleutherosides, not ginsenosides. Instead of a fleshy root, Siberian ginseng has a woody root.

The botanical/genus name Panax means "all-heal" in Greek, sharing the same origin as "panacea", and was applied to this genus because Linnaeus was aware of its wide use in Chinese medicine as a muscle relaxant.

Besides P. ginseng, many other plants are also known as or mistaken for the ginseng root. The most commonly known examples are xiyangshen, also known as American ginseng 西洋参 (P. quinquefolius), Japanese ginseng 东洋参 (P. japonicus), crown prince ginseng 太子參 (Pseudostellaria heterophylla), and Siberian ginseng[3] 刺五加 (Eleutherococcus senticosus). Although all have the name ginseng, each plant has distinctively different functions. However, true ginseng plants belong only to the Panax genus.

The root is most often available in dried form, either whole or sliced. Ginseng leaf, although not as highly prized, is sometimes also used; as with the root, it is most often available in dried form. Folk medicine attributes various benefits to oral use of American ginseng and Asian ginseng (P. ginseng) roots, including roles as an aphrodisiac, stimulant, type II diabetes treatment, or cure for sexual dysfunction in men.

Ginseng may be included in small doses in energy drinks[6] or tisanes, such as ginseng coffee.[7] It may be found in hair tonics and cosmetic preparations, as well, but those uses have not been shown to be clinically effective.

Ginsenosides, unique compounds of the Panax species, are under basic and clinical research to investigate their potential for use in medicine.

According to the American Cancer Society, "available scientific evidence does not support claims that ginseng is effective in preventing or treating cancer in humans".[9] Research into the potential uses of ginseng continues, although so far it has not established its benefits for treating other medical conditions either.

Ginseng is known to contain phytoestrogens

A common side effect of P. ginseng may be insomnia,[13] but this effect is disputed.[14] Other side effects can include nausea, diarrhea, headaches, nose bleeds,[15] high blood pressure, low blood pressure, and breast pain.[16] Ginseng may also lead to induction of mania in depressed patients who mix it with antidepressants.

Patients experiencing any of the above symptoms are advised to discontinue the herbs and seek any necessary symptomatic treatment.

Red ginseng (Hangul: 홍삼; Hanja: 紅蔘; RR: hong-sam; traditional Chinese: 紅蔘; simplified Chinese: 红参; pinyin: hóng shēn), P. ginseng, has been peeled, heated either through steaming at standard boiling temperatures of 100 °C (212 °F), and then dried or sun-dried. It is frequently marinated in an herbal brew which results in the root becoming extremely brittle. It is more common as herbal medicine than white ginseng. This version of ginseng is traditionally associated with stimulating sexual function and increasing energy. Red ginseng is always produced from cultivated roots, generally from Korea.

A study of ginseng's effects on rats found, while both white ginseng and red ginseng appear to reduce the incidence of cancer, the effects appear to be greater with red ginseng.[19]

Fresh ginseng is the raw product. Its use is limited by availability.

White ginseng, native to America, is fresh ginseng which has been dried without being heated. It is peeled and dried to reduce the water content to 12% or less. White ginseng air-dried in the sun may contain less of the therapeutic constituents. It is thought by some that enzymes contained in the root break down these constituents in the process of drying. Drying in the sun bleaches the root to a yellowish-white color.

Sun ginseng is created from a heat processing method which increases ginsenoside components such as ginsenoside-[Rg.sub.3], -[Rk.sub.1] and -[Rg.sub.5] by steaming white ginseng at a higher temperature than red ginseng. The herb is steamed for three hours at 120 °C (248 °F). Sun ginseng has increased nitric oxide, superoxide, hydroxyl radical and peroxynitrite scavenging activities compared with conventionally processed red or white versions. The increased steaming temperature produces an optimal amount of biological activity due to its ability to amplify specific ginsenosides.

Wild ginseng grows naturally and is harvested from wherever it is found. It is relatively rare, and even increasingly endangered, due in large part to high demand for the product in recent years, which has led to the wild plants being sought out and harvested faster than new ones can grow (it requires years for a root to reach maturity). Wild ginseng can be either Asian or American, and can be processed to be red ginseng.

Woods-grown American ginseng programs in Vermont, Maine, Tennessee, Virginia, North Carolina, West Virginia and Kentucky,[23][24] and United Plant Savers have been encouraging the planting of ginseng both to restore natural habitats and to remove pressure from any remaining wild ginseng, and they offer both advice and sources of rootlets. Woods-grown plants have a value comparable to wild-grown ginseng of similar age.

Partially germinated ginseng seeds harvested the previous Fall can be planted from early Spring until late Fall, and will sprout the following Spring. If planted in a wild setting and left to their own devices, they will develop into mature plants which cannot be distinguished from native wild plants. Both Asian and American partially germinated ginseng seeds can be bought from May through December on various eBay sales. Some seed sales come with planting and growing instructions.

According to traditional Chinese medicine, American ginseng promotes yin energy, cleans excess yang and calms the body. The reason it has been claimed that American ginseng promotes yin (shadow, cold, negative, female) while Asian ginseng promotes yang (sunshine, hot, positive, male) is that, according to traditional Chinese medicine, things living in cold places or northern side of mountains or southern side of rivers are strong in yang and vice versa, so the two are balanced.[citation needed] Chinese/Korean ginseng grows in Manchuria and Korea, the coldest area known to many Koreans in ancient times. Thus, ginseng from there is supposed to be very yang.

Originally, American ginseng was imported into China via subtropical Guangzhou, the seaport next to Hong Kong, so Chinese doctors believed American ginseng must be good for yang, because it came from a hot area. They did not know, however, that American ginseng can only grow in temperate regions. Nonetheless, the root is legitimately classified as more yin because it generates fluids.[25]

Most North American ginseng is produced in the Canadian provinces of Ontario and British Columbia and the American state of Wisconsin, according to Agri-food Canada. P. quinquefolius is now also grown in northern China.

The aromatic root resembles a small parsnip that forks as it matures. The plant grows 6 to 18 in tall, usually bearing three leaves, each with three to five leaflets two to five inches long.