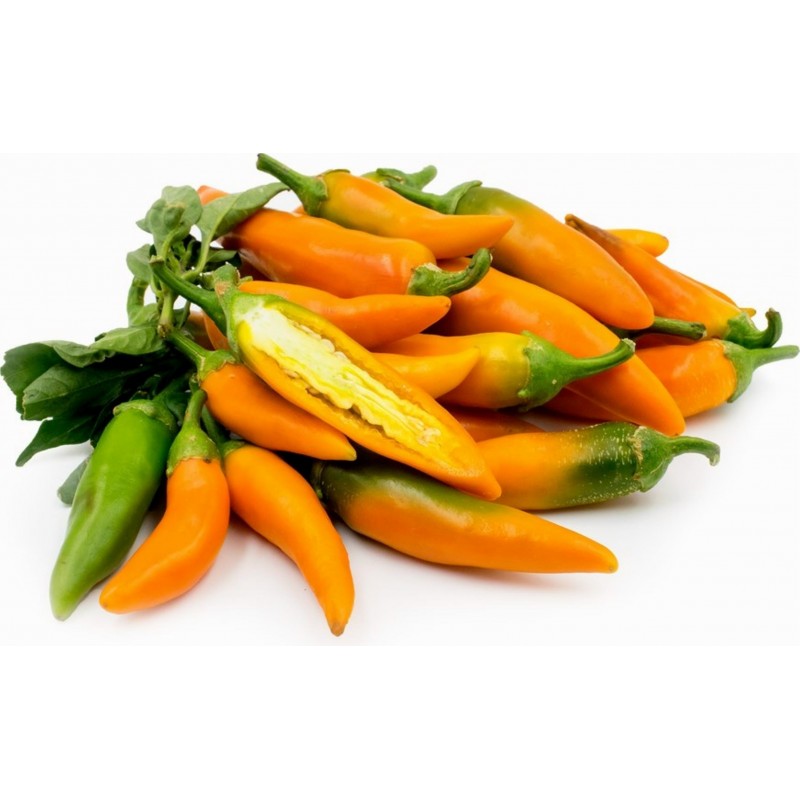 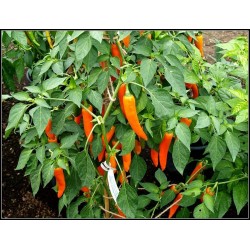 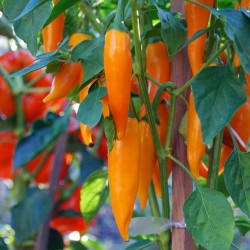 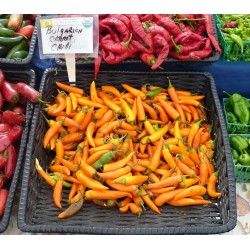 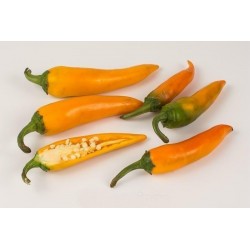 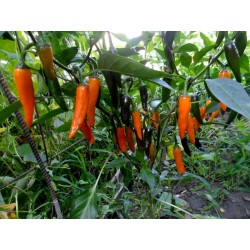 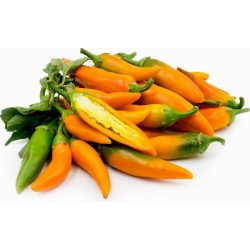 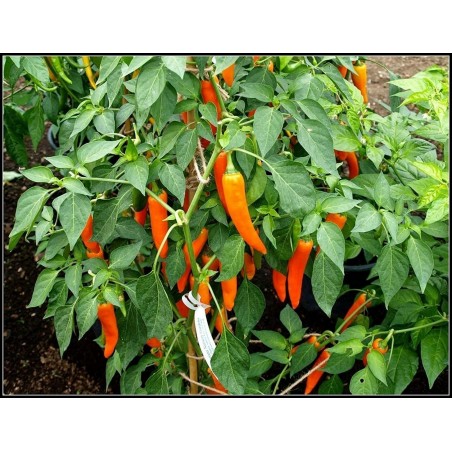 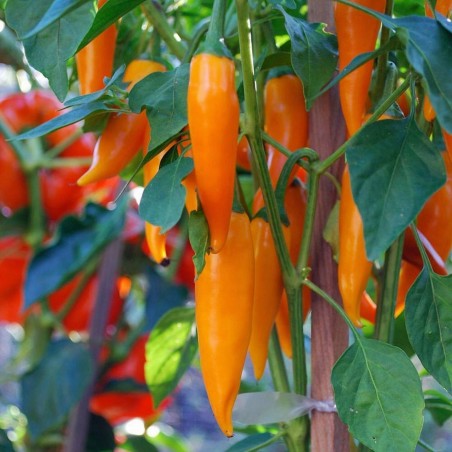 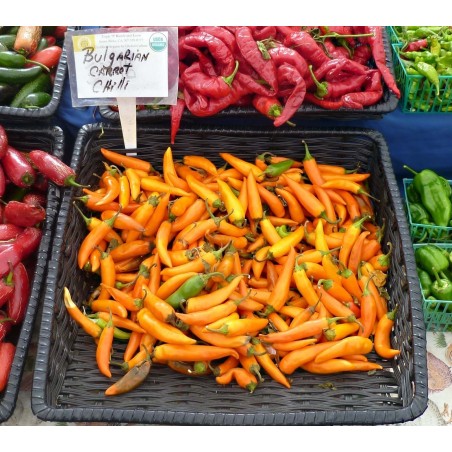 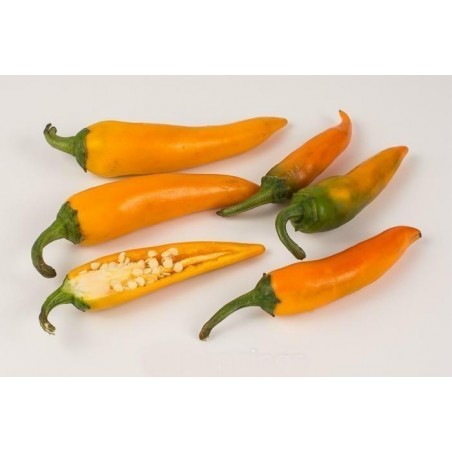 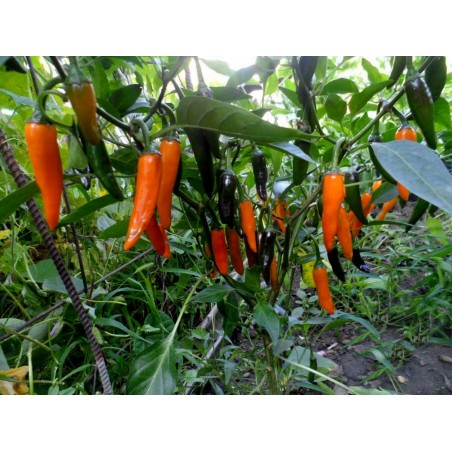 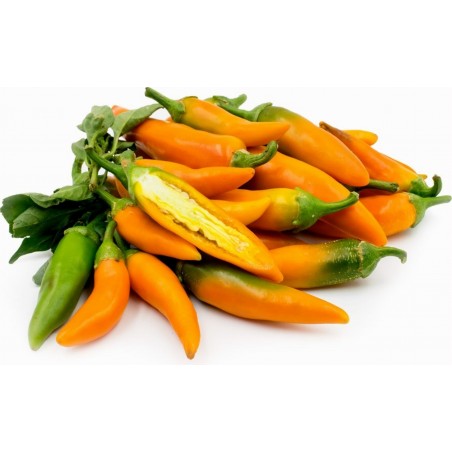 looks like a carrot, but kicks like cayenne. That would be the Bulgarian carrot pepper. With its pointy shape and bright-orange skin, the Bulgarian carrot – a.k.a. shipkas or hot carrot pepper – is unmistakeable. It’s even a bit crunchier than other chilies which makes it terrific for roasting and pickling. Plus, its colorful skin and fruity flavor looks and tastes great in salsas and chutney.

How hot is the Bulgarian carrot pepper?

There’s a lot of debate about the range of this chili. Some reports claim 2,500 – 5,000 (inline with our reference point, the jalapeño pepper), while others report 50,000 to 100,000 (on par with hot Thai peppers). The true range is likely something in between: 5,000 to 30,000 Scoville heat units. This places the Bulgarian carrot squarely in the medium range of hot peppers – at minimum the spice of a jalapeño with a top range around a cayenne pepper. That’s hot, but not so hot as to limit its use to only extreme eaters.

What’s the story behind them?

These chilies originated in Hungary, where they are known as shipkas. They also go by the moniker “hot carrot peppers” for obvious reasons. They have a very Cold War-esque origin story. Rumor has it that these chilies were smuggled out from behind the Iron Curtain in the 1980s, and they’ve grown in popularity every since, both as a cooking chili and as an ornamental pepper plant. Growing three to four inches long with that shock orange color, these chilies do have a very dramatic appearance that’s terrific for landscaping.

Three words best describe shipkas: spicy, crisp, and fruity. There’s a crunch to Bulgarian carrot chilies that makes it special among its cousins on the pepper scale. The crunchy skin makes these chilies excellent for pickling and roasting.

The fruitiness and orange hue also make these chilies terrific for sauces, salsas, and chutneys. In fact, many people who try the Bulgarian carrot pepper feel that it’s one of the tastiest chilies they’ve ever tasted. The sweetness is similar to chilies typically found well up the Scoville scale, like the habanero and Scotch bonnet pepper, so you get the sweet without the sweat. Well…at least not as much sweat. These are still pretty darn hot chilies. 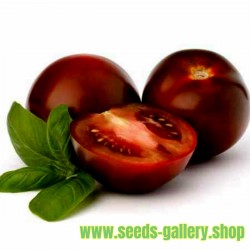 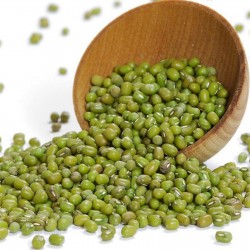 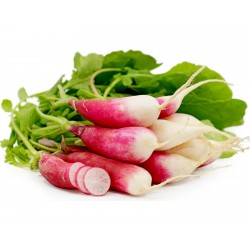 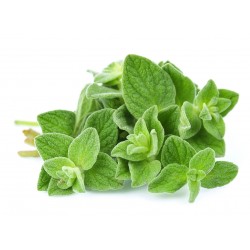 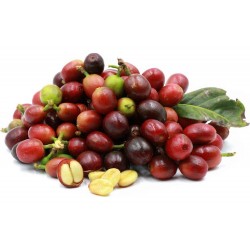 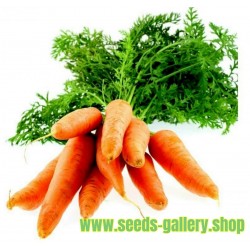 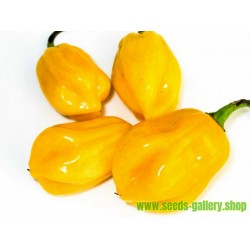 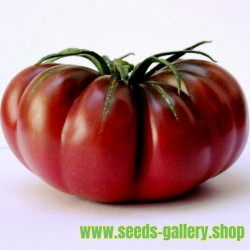