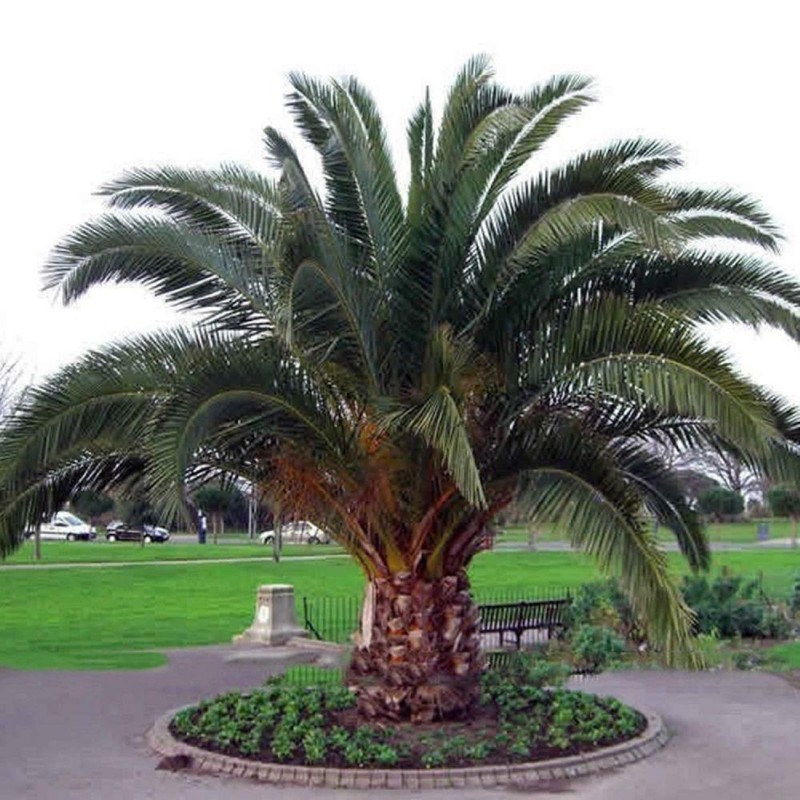 Phoenix canariensis is a species of flowering plant in the palm family Arecaceae, native to the Canary Islands. It is a relative of Phoenix dactylifera, the true date palm. It is the natural symbol of the Canary Islands

Phoenix canariensis is a species of flowering plant in the palm family Arecaceae, native to the Canary Islands. It is a relative of Phoenix dactylifera, the true date palm. It is the natural symbol of the Canary Islands, together with the canary Serinus canaria.

The most used common name in English is Canary Island Date Palm. The common name in Spanish speaking countries and in the Canary Islands is palmera canaria. It has sometimes mistakenly been called a pineapple palm but, it is not related to pineapples at all, which are grown low to the ground and not on trees.

The Canary Island date palm is very widely planted as an ornamental plant in warm temperate regions of the world, particularly in areas with Mediterranean climates but also in some areas with a mild oceanic climate, such as Ireland and the Channel Islands.[2] It can be cultivated where temperatures never fall below −10 or −12 °C (14 or 10 °F) for extended periods, although it will require some protection if cold periods are longer than normal.

The palm is easily recognized through its crown of leaves and trunk characteristics. It is not uncommon to see Canary Island date palms pruned and trimmed to enhance the appearance.

When pruned, the bottom of the crown, also called the nut, appears to have a pineapple shape.

In some mediterranean and subtropical countries, P. canariensis has proven to be an invasive plant. In New Zealand, it has invaded a range of habitats. New Zealand's Landcare Research has classified the palm as a 'sleeper weed' - "a plant that spreads slowly and goes unnoticed until it becomes widespread". It is also considered naturalised in Spain, Italy, Australia, Bermuda and parts of the United States (California, Arizona, Florida and Alabama).[5][6] In Auckland, New Zealand, the palm has itself become a host for the naturalised Australian strangler fig, Ficus macrophylla.