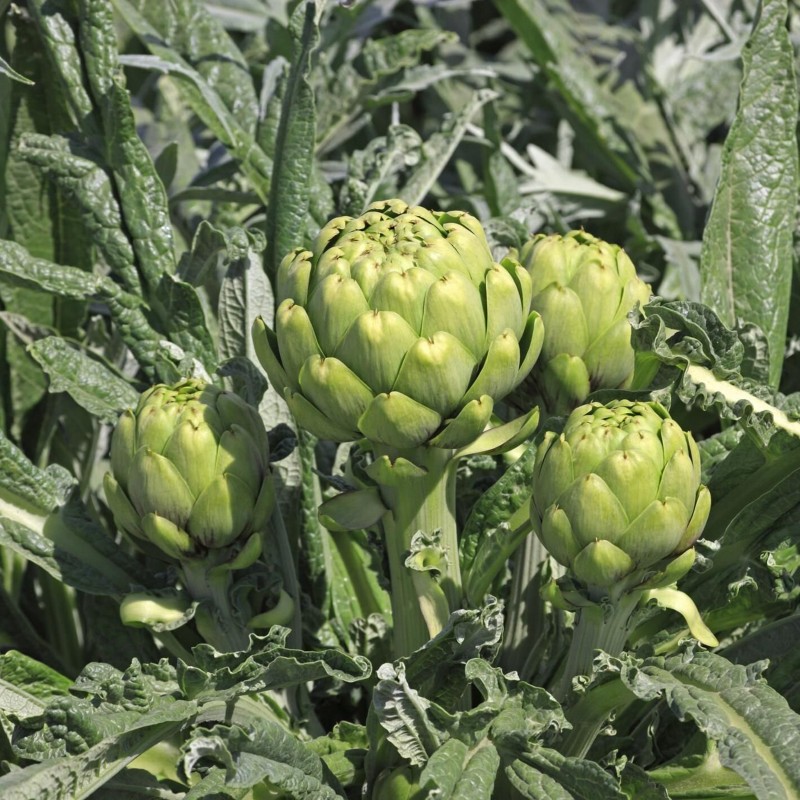 The cardoon (Cynara cardunculus), also called the artichoke thistle is a thistle-like plant in the sunflower family. It is a naturally occurring species that includes the globe artichoke and has many cultivated forms

The cardoon (Cynara cardunculus), also called the artichoke thistle is a thistle-like plant in the sunflower family. It is a naturally occurring species that includes the globe artichoke and has many cultivated forms. It is native to the western and central Mediterranean region, where it was domesticated in ancient times.

The wild cardoon is a stout herbaceous perennial plant growing 0.8 to 1.5 m (31 to 59 in) tall, with deeply lobed and heavily spined green to grey-green tomentose (hairy or downy) leaves up to 50 cm (20 in) long, with yellow spines up to 3.5 cm long. The flowers are violet-purple, produced in a large, globose, massively spined capitulum up to 6 cm (2 in) in diameter. It is adapted to dry climates, native across an area from Morocco and Portugal east to Libya and Greece and north to France and Croatia; it may also be native to Cyprus, the Canary Islands, and Madeira. In France, it only occurs wild in the Mediterranean south (Gard, Hérault, Aude, Pyrénées-Orientales, Corsica). It has become an invasive weed in the pampas of Argentina and is also considered a weed in Australia and California.

In cultivation in the United Kingdom, this plant has gained the Royal Horticultural Society's Award of Garden Merit.

The two main cultivar groups are the cardoon (Cynara cardunculus Cardoon Group, syn. C. cardunculus var. altilis DC), selected for edible leaf stems, and the artichoke (Cynara cardunculus Scolymus Group, sometimes distinguished as Cynara scolymus or C. cardunculus var. scolymus (L.) Fiori), selected for larger edible flower buds. They differ from the wild plant in being larger (up to 2 m tall), much less spiny, and with thicker leaf stems and larger flowers, all characteristics selected by humans for greater crop yield and easier harvest and processing. Wild and cultivated cardoons and artichokes are very similar genetically, and are fully interfertile, but only have very limited ability to form hybrids with other species in the genus Cynara.

The earliest description of the cardoon may come from the fourth-century BC Greek writer Theophrastus, under the name κάκτος (Latin: cactus), although the exact identity of this plant is uncertain. The cardoon was popular in Greek, Roman, and Persian cuisine, and remained popular in medieval and early modern Europe. It also became common in the vegetable gardens of colonial America, but fell from fashion in the late 19th century and is now very uncommon.

In Europe, cardoon is still cultivated in France (Provence, Savoie, Lyonnais), Spain, and Italy. In the Geneva region, where Huguenot refugees introduced it about 1685, the local cultivar Argenté de Genève ("Cardy")  is considered a culinary specialty. "Before cardoons are sent to table, the stalks or ribs are blanched tying them together and wrapping them round with straw, which is also tied up with cord, and left so for about three weeks". Cardoons also are common vegetables in northern Africa, often used in Algerian or Tunisian couscous.

Cardoon stalks can be covered with small, nearly invisible spines that can cause substantial pain if they become lodged in the skin. Several spineless cultivars have been developed to overcome this.

Cardoon requires a long, cool growing season (about five months), but it is frost-sensitive. It also typically requires substantial growing space per plant, so is not much grown except where it is regionally popular.