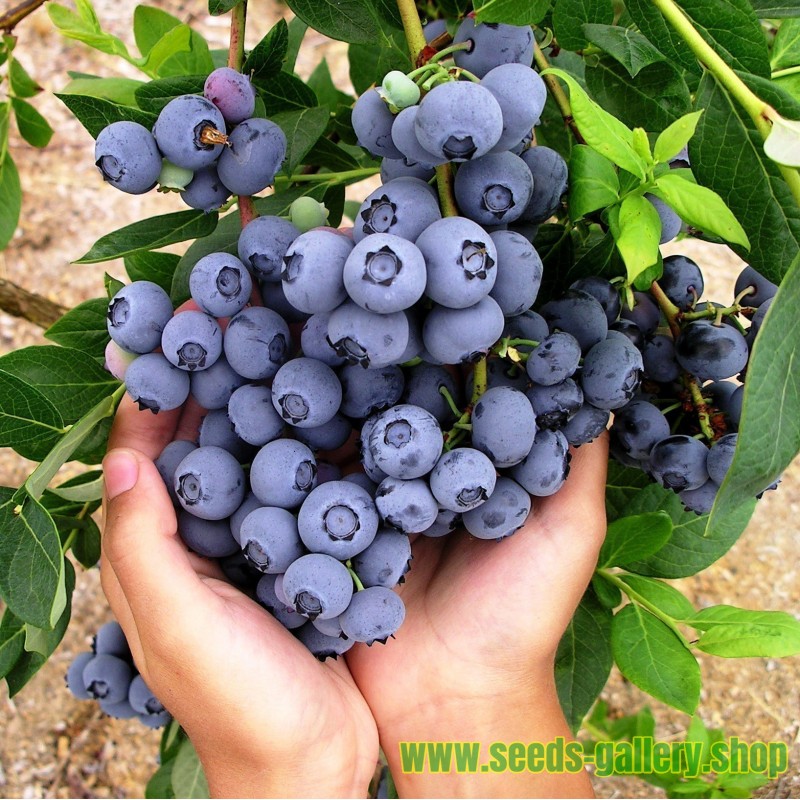 Other common names include blue huckleberry, tall huckleberry, swamp huckleberry, high blueberry, and swamp blueberry. Vaccinium corymbosum, the northern highbush blueberry, is a North American species of blueberry which has become a food crop of significant economic importance. It is native to eastern Canada and the eastern and southern United States, from Ontario east to Nova Scotia and south as far as Florida and eastern Texas. It is also naturalized in other places: Europe, Japan, New Zealand, the Pacific Northwest of North America, etc.

Vaccinium corymbosum is a deciduous shrub growing to 6–12 feet (1.8–3.7 m) tall and wide. It is often found in dense thickets. The dark glossy green leaves are elliptical and up to 5 centimetres (2.0 in) long. In autumn, the leaves turn to a brilliant red, orange, yellow, and/or purple.

The species is tetraploid and does not self-pollinate.[9] Most cultivars have a chilling requirement greater than 800 hours.

Many wild species of Vaccinium are thought to have been cultivated by Native Americans for thousands of years, with intentional crop burnings in northeastern areas being apparent from archeological evidence.[9] V. corymbosum, being one of the species likely used by these peoples, was later studied and domesticated in 1908 by Frederick Vernon Coville.

In natural habitats it is a food source for native and migrating birds, bears, and small mammals.

The berries were collected and used in Native American cuisine in areas where Vaccinium corymbosum grew as a native plant.

Vaccinium corymbosum is the most common commercially grown blueberry in present-day North America. It is also cultivated as an ornamental plant for home and wildlife gardens and natural landscaping projects.

Northern Highbush Blueberry (Vaccinium Corymbosum) – Soak the seeds in a small container of hand hot water and leave to cool for 24 hours. Then sow the seeds on the surface of free-draining, damp, lime-free seed compost and only just cover with compost. 90 days cold stratification at approx 3C° is now required, which can be achieved by either, covering and placing outside in a cold shaded area, or by sealing the pot in a plastic bag and place in a refrigerator. Then move indoors or to a propagator at a minimum temperature of 21C°, until after germination. When large enough to handle, transplant individual seedlings into 9cm pots of ericaceous compost and grow on. Protect from frost. Plant outdoors from June onwards, after hardening off.