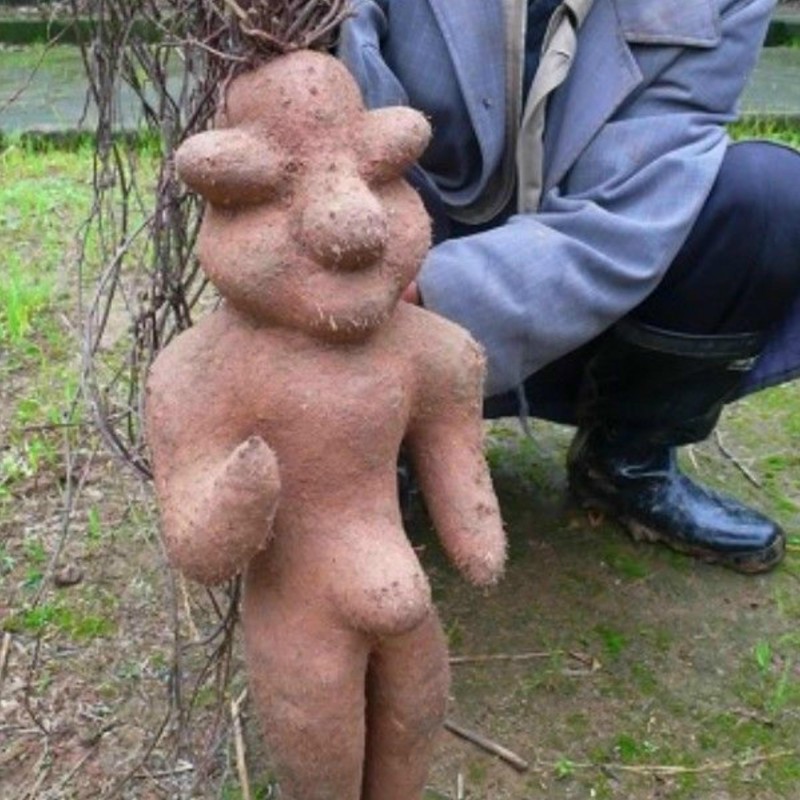 Polygonum multiflorum (Fo-ti) is a popular herb in traditional Chinese medicine. Commonly known as He shou wu in China and Fo-ti in North America, studies have shown this herb to be beneficial

Polygonum multiflorum (Fo-ti) is a popular herb in traditional Chinese medicine. Commonly known as He shou wu in China and Fo-ti in North America, studies have shown this herb to be beneficial in the treatment of cancer, diabetes, hair loss, hardening of the arteries, and neurodegenerative diseases.

Polygonum multiflorum Thunb. (P. multiflorum) or Fallopia maltiflora is officially listed in the Chinese Pharmacopoeia and is one of the most popular herbs in Chinese medicines [R].

In North America, it is commonly known as Fo-ti.

It is widely cultivated throughout China and other countries such as Japan, where it grows in valley shrubs, hillside forests, gutter rock crevices and other locations at altitudes of 200-3000 m [R].

The plant grows to be 2-4 m tall consisting of a woody tuber, leaves that are 3-7 cm long and arrowhead-shaped, white or greenish-white flowers that are 6-7 mm in diameter and an achene fruit 2.5-3 mm in length [R].

Over the years, parts of Fo-ti have been used for different medicinal purposes.

The leaves, root tuber, and rhizomes have been used as a tonic in the anti-aging formula while the stem has been used to alleviate insomnia and to help treat diabetes [R].

More than 100 chemical compounds have been isolated from Fo-ti, and the most biologically relevant components have been determined to be from the families of stilbenes, quinones, flavonoids, and phospholipids.

Processing Fo-ti, as opposed to using the raw herb, influences the amount and type of chemical constituents found in the plant [R, R].

The toxicity of processed Fo-ti is lower than that of the crude herb and this may be associated with the decreased levels of some of the components after processing [R].

Additionally, processing of Fo-ti resulted in the formation of five new chemicals that were not identified in the crude herb [R].

Refer to the technical section for the full names of these new chemicals and for an extensive list of the chemical constituents of Fo-ti view the article by Lin et al. (2015) [R].

Two of the best-studied constituents of Fo-ti include 2,3,5,40-tetrahydroxystilbene-2-O-β-D-glucoside (TSG) and emodin.

Only limited data about certain constituents of Fo-ti is available.

Rats rapidly absorb TSG into its bodily fluid and quickly eliminated, distributing through the liver and lung but hardly through the blood-brain and blood-testicle barriers [R].

Emodin is found primarily in the liver and brain [R].

However, few clinical studies have been conducted to evaluate the traditional therapeutic claims and to understand the medical potential of its bioactive compounds.

TSG and emodin in Fo-ti can decrease inflammation and help with colitis in mouse models by increasing PPAR-gamma and decreasing NF-kB [R, R, R].

In mice, A methanol extract of Fo-ti has an anti-inflammatory effect on mouse macrophage cells that are stimulated by lipopolysaccharide (a bacterial toxin from harmful bacteria).

Emodin protects microglia cells in the brain from inflammation due to lipopolysaccharides through AMPK/Nrf2 activation [R].

3) Fo-ti May be Effective against MRSA

Fo-ti exhibited anti-HIV by preventing the virus from entering lymphocytes in a cell-based study [R].

5) Fo-ti May Help with Asthma

Pre-treating rats with 200 mg/kg water extract of Fo-ti protect the rats against chloroform-induced liver toxicity and significantly reduced plasma ALT (a liver enzyme that indicates liver damage) as well as improved glutathione levels and other oxidative stress markers. However, increasing the dose to 400 mg/kg did not protect the liver against chloroform toxicity, and at 4000 mg/kg, Fo-ti damaged the liver [R].

7) Fo-ti May Protect the Bone from Oxidative Stress

TSG from Fo-ti extract protects the bone-making cells (osteoblasts) from oxidative damage in a cell-based study, suggesting that TSG may protect against osteoporosis due to oxidative stress [R].

Hot water extract of Fo-ti prevents bone loss (osteopenia) from mice with that lose bone mass from having their ovaries removed [R].

9) Fo-ti May Help with Alzheimer’s Disease

In a mouse model of Alzheimer’s, tetrahydroxystilbene glucoside from Fo-ti helps with memory deficit [R].

In a cell-based study, treatment with a Fo-ti root extract reduced amyloid plaque that can cause Alzheimer‘s disease [R].

Emodin, a chemical found in Fo-ti, inhibits the enzyme that breaks down acetylcholine, which might be how it helps with cognitive function in a similar manner to Huperzine A and some Alzheimer‘s drugs [R].

10) Fo-ti May Help with Parkinson’s Disease

11) Fo-ti Protects the Brain from Stroke

Hexane extracts of Fo-ti can protect against tissue damage following stroke in mice and thus may have clinical applications as a protective agent against neurological injury [R].

In a cell-based study, Fo-ti protects neuronal cells from the hippocampus against glutamate toxicity, suggesting that it can help with cognitive disorders, especially ones that involve memory loss [R].

However, further research is required to understand how Fo-ti helps reduce cholesterol.

TSG can prevent hardening of the arteries by reducing lipid levels in the blood, reduce inflammation and normalize the structure of the blood vessel via a reduction in the expression of MMP-2 and MMP-9 genes [R].

Thromboembolic (blood-clotting) disorders are caused by loose blood clots that form in a blood vessel and are carried by the bloodstream into another vessel that subsequently becomes blocked.

This often happens in the lungs (pulmonary embolism), brain (stroke), gastrointestinal tract, kidneys, or leg. This phenomenon is known as thromboembolism.

In rats, TSG protected the heart from squeezing pressure around the abdomen [R].

In a heart attack model, Fo-ti stilbene glycoside can protect against cell injury from lack of oxygen or blood flow by increasing the levels of cellular antioxidants such as superoxide dismutase, glutathione peroxidase, and the nitric oxide pathways [R].

These anthraquinones induce apoptosis (cell death) in cancer cells and activate the PI3K/AKT/mTOR pathways which are abnormal in many human cancers [R, R].

It could significantly reduce colon tumor volume and weight in mice [R].

Fo-ti extracts are commonly prescribed in Taiwan for the treatment of insomnia [R].

Additionally, although the evidence is insufficient, P. multiflorum may ease the anxiety and insomnia experienced by patients with bipolar disorder [R].

Fo-ti has traditionally been used to treat patients suffering from baldness and hair loss throughout East Asia.

This traditional use of the herb has been substantiated by a study conducted in mice showing that P. multiflorum extracts promote hair growth by inducing the anagen phase in resting hair follicles [R].

Torachrysone-8-O-β-D-glucoside, a compound found in P. multiflorum, can significantly increase the number of dermal papilla cells which play a role in hair growth and hair fiber length [R].

Potential Side Effects and Toxicity

Several cases of hepatotoxicity due to P. multiflorum have been reported in patients from Australia, China, Italy, Japan, the Netherlands and Slovakia who were taking the product for hair loss, chronic prostatitis or to boost the immune system [R, R, R, R].

The main chemicals responsible for the hepatotoxicity of P. multiflorum are free anthraquinones such as emodin and physcion [R]. The toxicity of emodin has been detailed by the U.S. National Toxicology Program [R].

Kidney and Lung Toxicity of Fo-ti

Other names for P. multiflorum include: