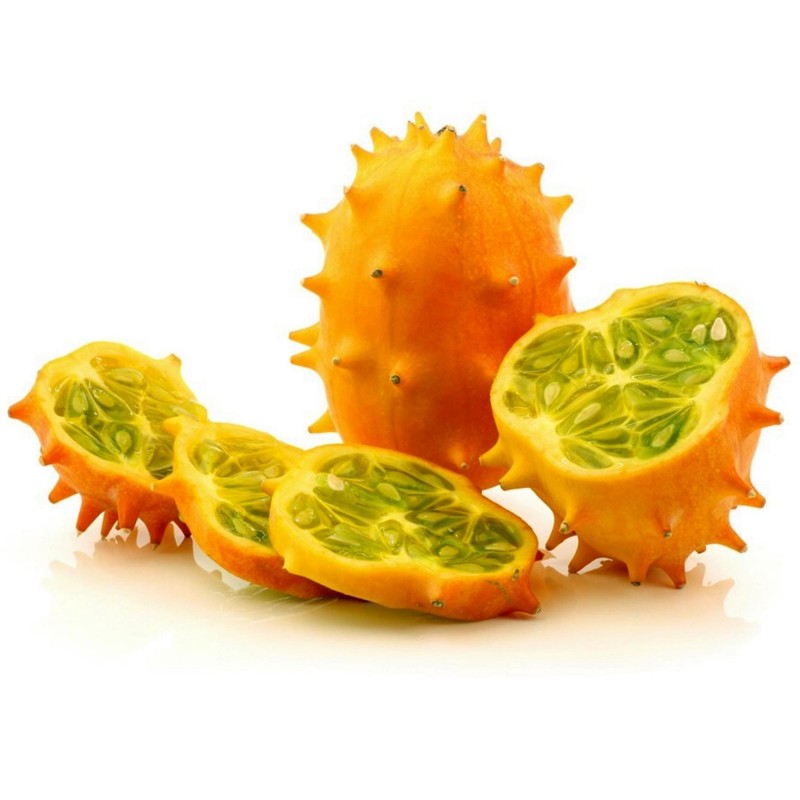 Like every year, this year we sowed kiwano again and provided fresh seeds for you. We hope you enjoy the exotic taste of kiwano ...

Kiwano is a traditional food plant in Africa. Along with the Gemsbok cucumber (Acanthosicyos naudinianus) and Tsamma (Citron melon) it is one of the few sources of water during the dry season in the Kalahari Desert. In northern Zimbabwe it is called gaka or gakachika, and is primarily used as a snack or salad, and rarely for decoration. It can be eaten at any stage of ripening, but when overripened, it will burst forcefully to release seeds.

Seeding optimum germination temperatures are between 20° and 35 °C (68° to 95 °F). Germination is delayed at 12 °C (54 °F), and inhibited at temperatures lower than 12 °C or above 35 °C. Thus, it is recommended to sow in trays and transplant into the field at the two true leaf stage. The best time for transplanting into an open field is in the spring when soil and air temperatures rise to around 15 °C (59 °F).