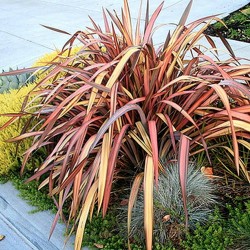 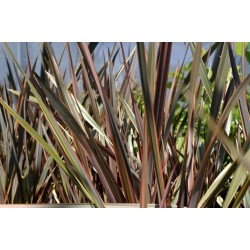 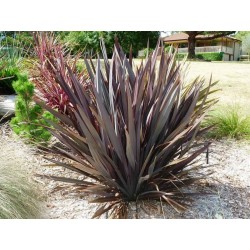 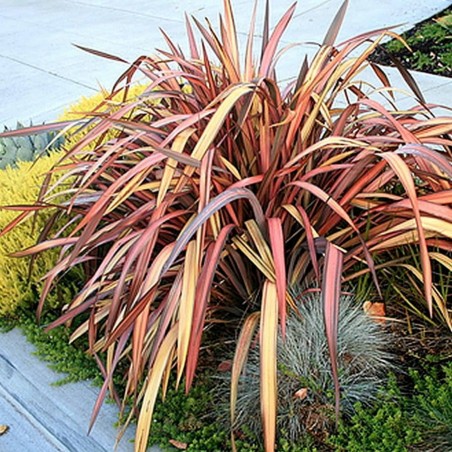 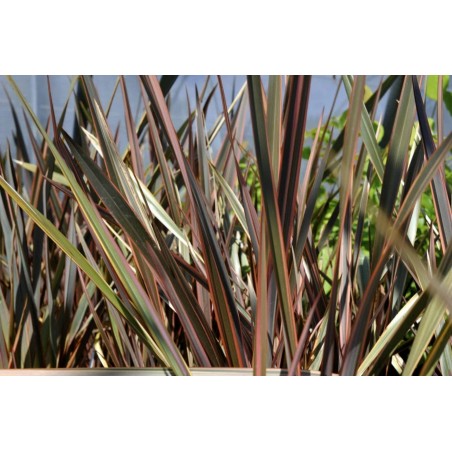 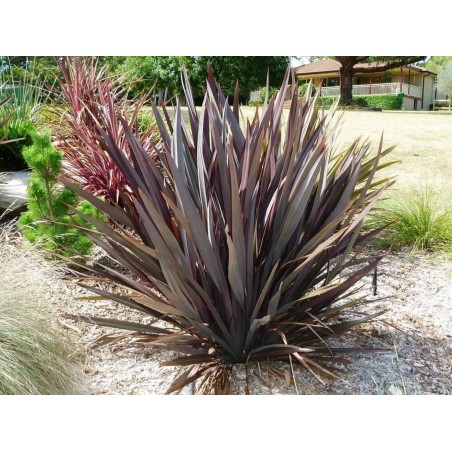 Phormium is a genus of two plant species in the Xanthorrhoeaceae family. One species is endemic to New Zealand and the other is native to New Zealand and Norfolk Island. The two species are widely known in New Zealand as 'flax' and elsewhere as New Zealand flax or Flax lily but are not related to Flax which is native to the region extending from the eastern Mediterranean to India and which was used by humans in 30,000 B.C.
Taxonomy
Phormium is an herbaceous perennial monocot. Monocot classification has undergone significant revision in the past decade, and recent classification systems (including the Angiosperm Phylogeny Group) have found Phormium to be closely related to daylilies (Hemerocallis). Phormium formerly belonged to the family Agavaceae and many classification systems still place it there. It includes two species, Phormium colensoi and Phormium tenax. It also includes many cultivars.
The genus was originally established by the German naturalists Johann Reinhold Forster and his son Georg Forster in 1775 from specimens of Phormium tenax collected by both Forsters and the Swedish naturalist Anders Erikson Sparrman. All of them were part of the second expedition of Captain James Cook aboard the Resolution (1772–1775).[4] The type specimens were taken from Queen Charlotte Sound, with additional specimens from both Norfolk Island and North Island, New Zealand. The name Phormium comes from Ancient Greek for "basket", while tenax was Latin for "strong".
Description and ecology
The tough, sword-shaped leaves grow up to three metres long and up to 125 mm wide. They are usually darkish green but sometimes have coloured edges and central ribs. Cultivated varieties range from light green through pink to deep russet bronze. There are numerous variegated cultivars with leaves marked by contrasting stripes in shades of green, red, bronze, pink and yellow.
The rigid flower stalks can be up to five metres long, projecting high above the foliage. In November (in New Zealand) they produce clumps of curving tube-like flowers which turn bright red when mature. These produce unusually large quantities of nectar to attract all nectar feeding birds such as the tui and insects. The seedpods that develop after pollination, each contain hundreds of seeds which are later widely dispersed by the wind.
Distribution and habitat
P. tenax occurs naturally in New Zealand and Norfolk Island, while P. colensoi is endemic to New Zealand. Both species have been widely distributed to temperate regions of the world as economic fibre and ornamental plants.
They are found mainly in swamps or low lying areas but will grow just about anywhere.
Sowing:  Spring (Feb to April) or in Autumn (Sept to Oct)
Sow at maximum 16 to 18°C (60 to 65°F), covering them with a thin layer of peaty compost. Kept moist but not wet at all times. Germination can be erratic, between 30 to 180 days
Prick out each seedling as it becomes large enough to handle, transplant into 7.5cm (3in) pots or trays. Grow on in the greenhouse for at least their first winter. Plant them out into their permanent positions in late spring or early summer, after the last expected frosts. Gradually acclimatise to outdoor conditions for 10 to 15days before planting out. You may find them rather lax as youngsters but they develop a strong upright habit rather quickly.
Cultivation:
Once established, Phormium require only the minimum of care and are hardy to minus -5°C (23°F), but in frost prone areas, it is worth covering plants with a deep mulch of well-rotted compost or straw in winter.
Healthy plants soon grow into a large clump as new fans of leaves develop around the older ones. These eventually develop their own roots and can be detached from the parent plant. It is probably best to cut back some of the leaves of the young plant to reduce the water demand while it is getting established. Even if all the roots get broken off, most pieces will root again if kept moist.
Plants can be divided in spring. Dig up the whole plant then divide it into several pieces using a spade or knife.
Plants growing in pots can be un-potted, freed of most of the soil and small sections broken off. The roots can be carefully teased apart leaving as many as possible attached to each offset. The pieces can then be planted separately.
Plant Uses:
Architectural, Tropical, Containers, Cultivated Beds.
UT 8
12 Items 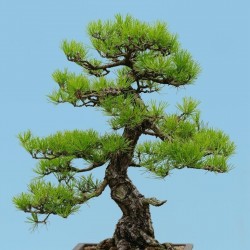 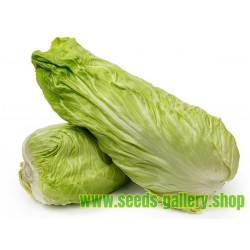 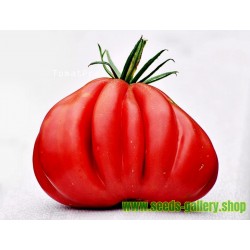 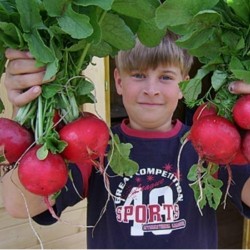 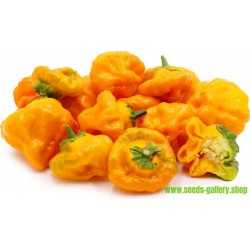 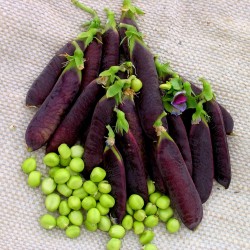 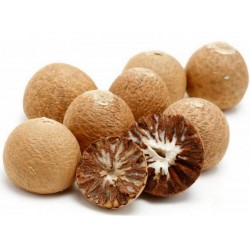