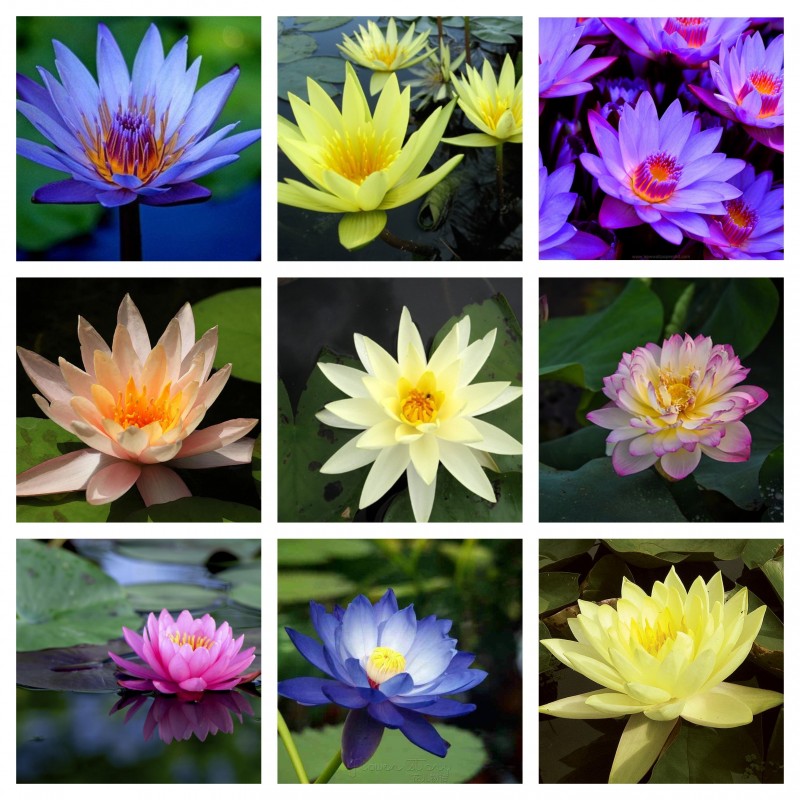 Nelumbo is a genus of aquatic plants with large, showy flowers resembling the water lily, but not closely related to it. It is commonly called lotus, though this name may be applied to other genera, and there is an

Nelumbo is a genus of aquatic plants with large, showy flowers resembling the water lily, but not closely related to it. It is commonly called lotus, though this name may be applied to other genera, and there is an unrelated genus Lotus. The generic name is derived from the Sinhalese word Nelum. There are only two known living species in the genus. The sacred lotus (N. nucifera) is native to Asia and is the better known of the two. It is commonly cultivated, and also used in Chinese medicine and cooking. This species is the national flower of Egypt, India and Vietnam. The American lotus (N. lutea) is native to North America and the Caribbean. Horticultural hybrids have been produced between these two geographically separated species. A third, extinct species, N. aureavallis, is known from Eocene fossils from North Dakota, United States.

There is residual disagreement over which family the genus should be placed in. Traditional classification systems recognized Nelumbo as part of the Nymphaeaceae (water lily) family, but traditional taxonomists were likely misled by evolutionary convergences associated with an evolutionary shift from a terrestrial to an aquatic lifestyle. In the older classification systems it was recognized under the biological order Nymphaeales or Nelumbonales. Nelumbo is currently recognized as its own family, Nelumbonaceae, one of several distinctive families in the eudicot order Proteales. Its closest living relatives, the (Proteaceae and Platanaceae), are shrubs or trees.

The leaves of Nelumbo can be distinguished from those of genera in the Nymphaeaceae as they are peltate, that is they have fully circular leaves. Nymphaea, on the other hand, has a single characteristic notch from the edge in to the center of the lily pad. The seedpod of Nelumbo is very distinctive.

The leaves of nelumbo are highly water repellent (superhydrophobic). They have given the name to what is called the lotus effect.

N. nucifera regulates its temperature in order to benefit insects that are needed for it to reproduce. When the plant flowers, it heats its blossoms to above 30 °C (86 °F) for as long as four days even when the air is as cool as 10 °C (50 °F). The heat releases an aroma that attracts certain insects, which fly into the flower to feed on nectar and pollen. According to Roger Seymour and Paul Schultze-Motel of Australia’s University of Adelaide, the heat also rewards insects with a stable environment that enhances their ability to eat, mate, and prepare for flight.