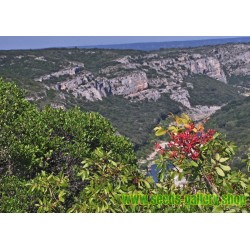 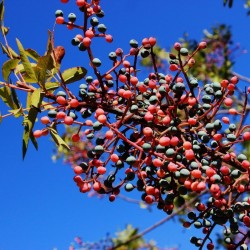 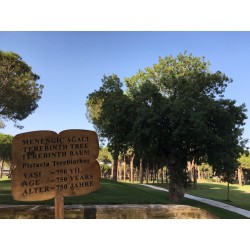 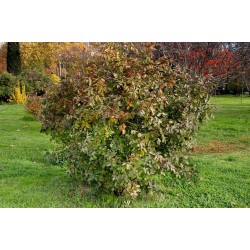 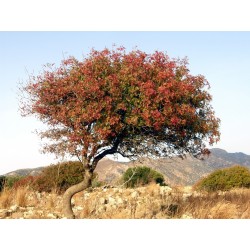 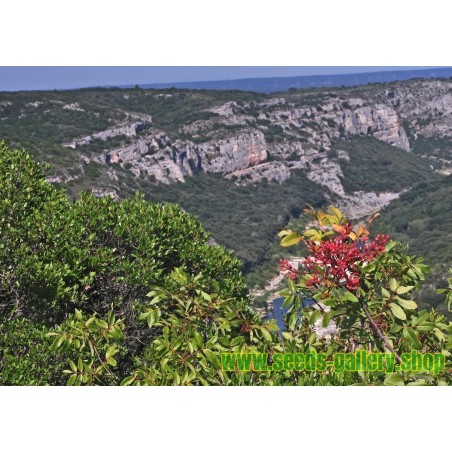 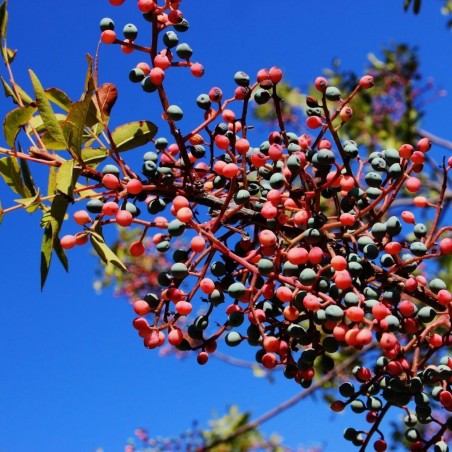 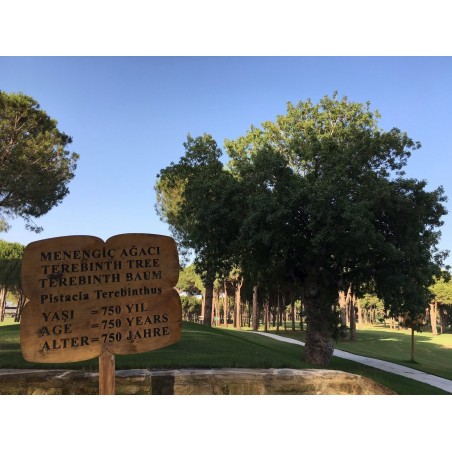 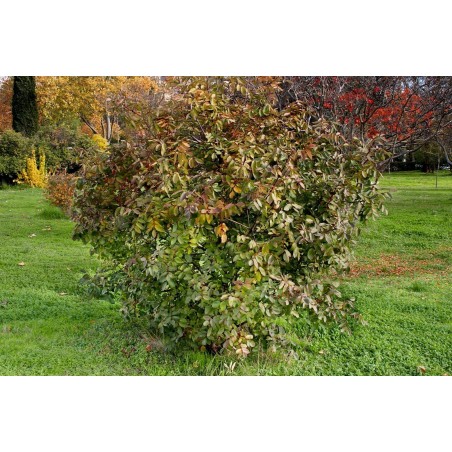 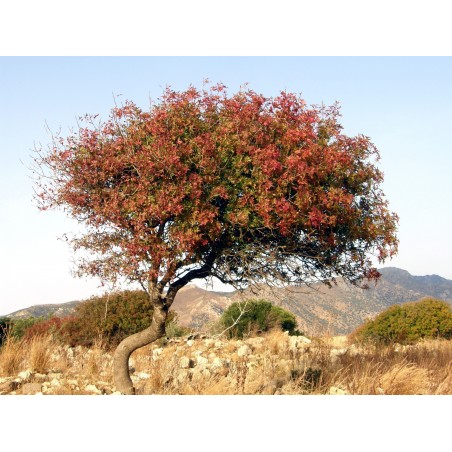 Pistacia terebinthus, known commonly as terebinth and turpentine tree, is a species of Pistacia, native to the Canary Islands, and the Mediterranean region from the western regions of Morocco, and Portugal to Greece

Pistacia terebinthus, known commonly as terebinth and turpentine tree, is a species of Pistacia, native to the Canary Islands, and the Mediterranean region from the western regions of Morocco, and Portugal to Greece, western and southeast Turkey. In the eastern shores of the Mediterranean sea – Syria, Lebanon and Israel – a similar species, Pistacia palaestina, fills the same ecological niche as this species and is also known as terebinth.

It is a species of flowering plant belonging to the family Anacardiaceae (the cashew family). It is a small deciduous tree or large shrub growing to 10 m tall. The leaves are compound, 10–20 cm long, odd pinnate with five to eleven opposite glossy oval leaflets, the leaflets 2–6 cm long and 1–3 cm broad. The flowers are reddish-purple, appearing with the new leaves in early spring. The fruit consists of small, globular drupes 5–7 mm long, red to black when ripe. All parts of the plant have a strong resinous smell.

It is a dioecious tree, i.e. exists as male and female specimens. For a viable population both genders must be present. The oblong leaf is bright green, leathery, with 10 cm long or more with 3-9 leaflets. Leaves alternate, leathery and compound paripinnate (no terminal leaflet) with 3 or 6 deep green leaflets. They are generally larger and rounder than the leaves of the mastic, reminiscent of the leaves of carob tree. The flowers range from purple to green, the fruit is the size of a pea and turns from red to brown, depending on the degree of maturation. The whole plant emits a strong smell: bitter, resinous or medicinal. In the vegetative period they develop "galls" in a goat's horn shaped (from which the plant gets the name cornicabra, the common name in Spanish), that occur on the leaves and leaflets which have been bitten by insects. The species propagates by seeds and shoots. Although marred by the presence of galls, is a very strong and resistant tree which survives in degraded areas where other species have been eliminated. Pistacia terebinthus is a plant related to Pistacia lentiscus, with which hybridizes frequently in contact zones. The cornicabra is more abundant in the mountains and inland and the mastic is usually found more frequently in areas where the Mediterranean influence of the sea moderates the climate. Mastic tree does not reach the size of the Pistacia terebinthus, but the hybrids are very difficult to distinguish. The mastic has winged stalks to its leaflets, i.e., they are flattened and side fins, whereas these stems in Cornicabra are simple. In the Eastern Mediterranean Coast, Syria, Lebanon and Israel, a similar species, Pistacia palaestina, fills the same ecological niche of this species and is also known as turpentine. On the west coast of the Mediterranean, Canary Islands and Middle East, Pistacia terebinthus can be confused with Pistacia atlantica.

It is used as a source for turpentine, possibly the earliest known source. The turpentine of the terebinth is now called Chian, Scio, or Cyprian turpentine.

The fruits are used in Cyprus for baking of a specialty village bread. In Crete, where the plant is called tsikoudia, it is used to flavor the local variety of pomace brandy, also called tsikoudia. In the Northern Sporades the shoots are used as a vegetable (called tsitsíravla).The plant is rich in tannin and resinous substances and was used for its aromatic and medicinal properties in classical Greece. A mild sweet scented gum can be produced from the bark, and galls often found on the plant are used for tanning leather. Recently an anti-inflammatory triterpene has been extracted from these galls. In Turkey, where it is known as menengiç or bıttım, a coffee-like beverage known as menengiç kahvesi is made from the roasted fruit and a soap is made from the oil. Terebinth resin was used as a wine preservative in ancient Israel  and the ancient Near East.

It prefers relatively moist areas, up to 600 m in height. Supports Mediterranean summer drought and frost more intense than mastic. The plant is common in the garrigue and maquis. Appears in deciduous and oak. It has a gray trunk very aromatic, may have multiple trunks or stems when grown as a shrub. Usually reached 5 m. in height, although in rare cases can reach 10 m. Pistacia terebinthus is one of the Anacardiaceae species present in Europe, it is a family of about 600 tropical species. Can be found in meso-and Thermo floors to 1,500 meters above sea level. Pistacia terebinthus is more moisture demanding than the mastic and more resistant to cold. Requires a sunny exposure and average soils, tolerating lime and some salt, often grows near the sea, deep ravines and near salt lakes and streams.

Historian of Mycenae John Chadwick believes that the terebinth is the plant called ki-ta-no in some of the Linear B tablets. He cites the work of a Spanish scholar, J.L. Melena, who had found "an ancient lexicon which showed that kritanos was another name for the turpentine tree, and that the Mycenaean spelling could represent a variant form of this word."

The word "terebinth" is used (at least in some translations) for a tree mentioned in the Hebrew Scriptures (or Old Testament), where the Hebrew word "elah" (plural "elim") is used. This probably refers to Pistacia palaestina which is common in the area. The Latin name is underlain by the Ancient Greek name τερέβινθος, which, in turn, is underlain by a pre-Greek Pelasgian word, marked by the characteristic consonant complex νθ.

Terebinth from Oricum is referred to in Virgil's Aeneid, Book 10, line 136, where Ascanius in battle is compared to "ivory skilfully inlaid in [...] Orician terebinth" ("inclusum[...] Oricia terebintho [...] ebur").

Terebinth is referred to by Robin Lane Fox in Alexander the Great: "When a Persian king took the throne, he attended Pasargadae, site of King Cyrus's tomb, and dressed in a rough leather uniform to eat a ritual meal of figs, sour milk and leaves of terebinth." 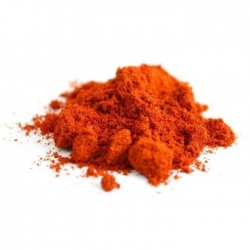 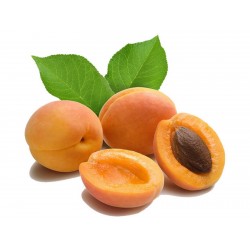 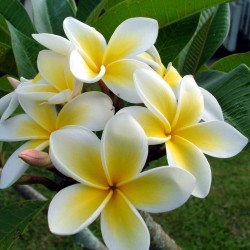 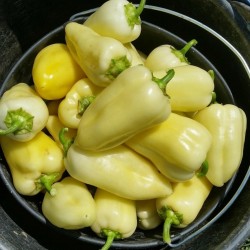 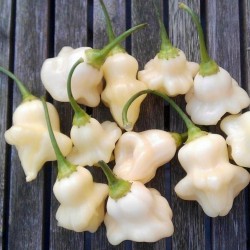 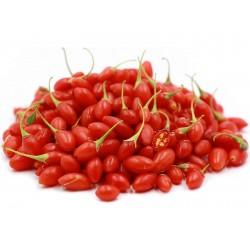 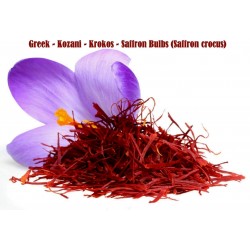