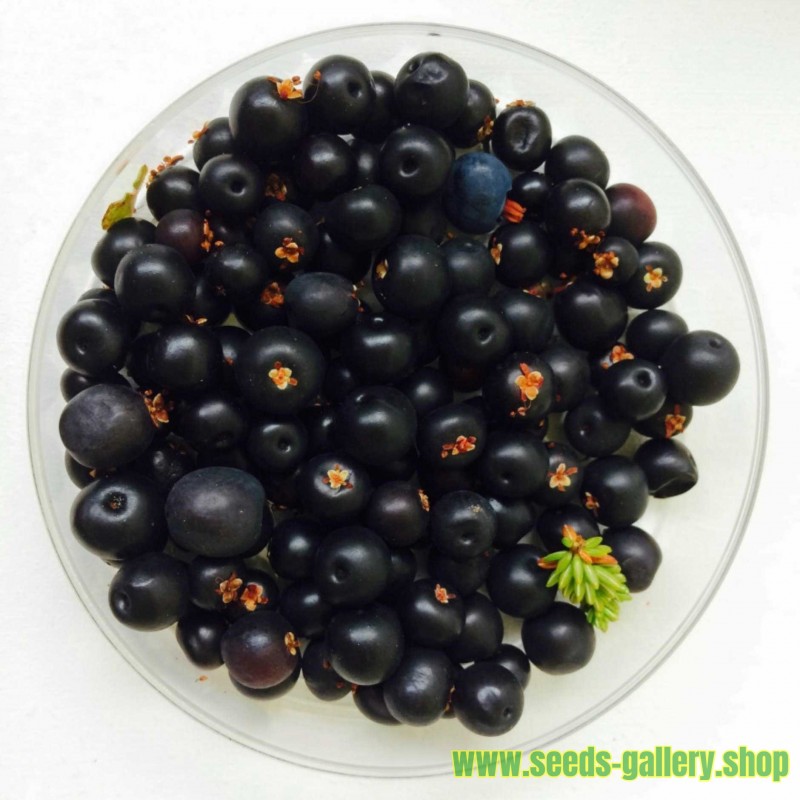 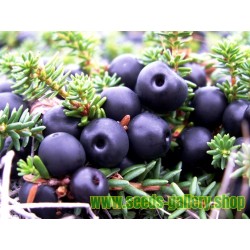 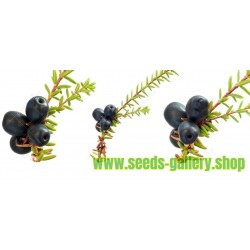 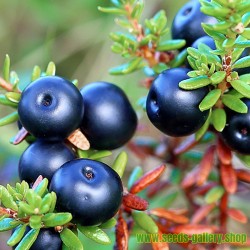 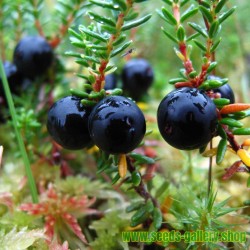 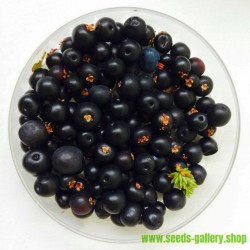 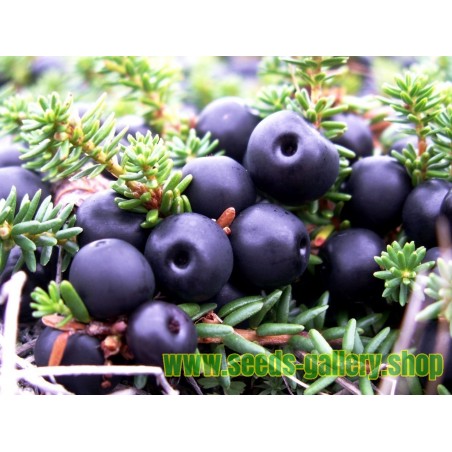 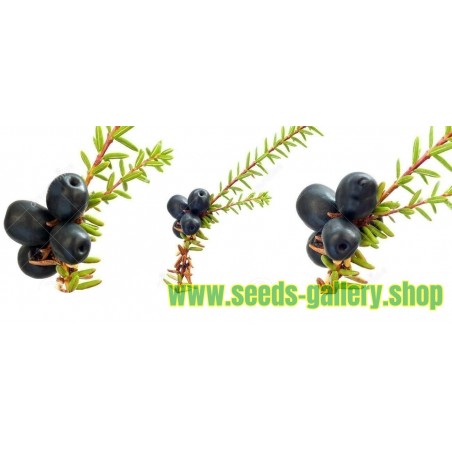 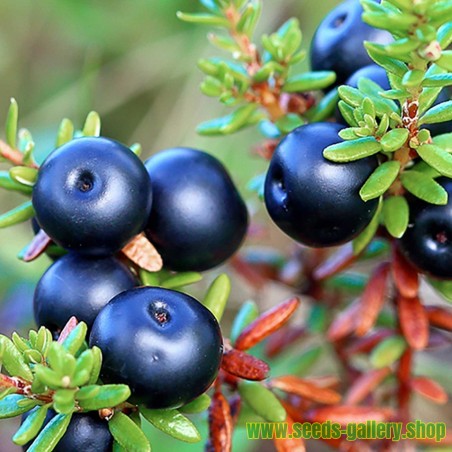 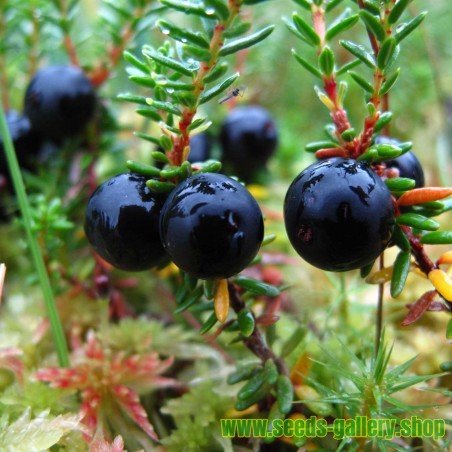 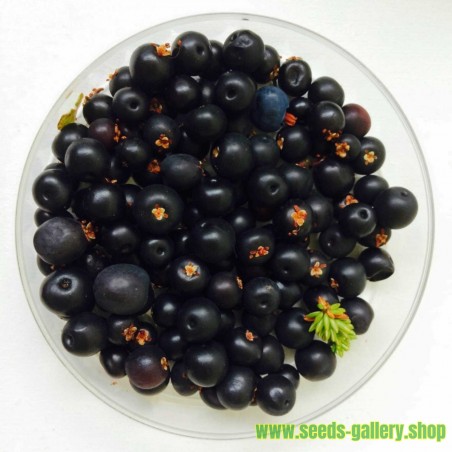 Empetrum nigrum, crowberry, black crowberry, or, in western Alaska, blackberry, is a flowering plant species in the heather family Ericaceae with a near circumboreal distribution in the northern

Empetrum nigrum, crowberry, black crowberry, or, in western Alaska, blackberry, is a flowering plant species in the heather family Ericaceae with a near circumboreal distribution in the northern hemisphere. It is also native in the Falkland Islands. It is usually dioecious, but there is a bisexual tetraploid subspecies, Empetrum nigrum ssp. hermaphroditum, that occurs in more northerly locations and at higher altitude.

Evolutionary biologists have explained the striking geographic distribution of crowberries as a result of long-distance migratory birds dispersing seeds from one pole to the other.

The metabolism and photosynthetic parameters of Empetrum can be altered in winter-warming experiments.

The fruits contain mostly water. Their vitamin content is low, as is the concentration of volatile liquids, the lack of which makes them almost odorless. The acidity is lower than is typically encountered in forest berries, and benzene acids are almost absent.

E. nigrum can be grown in acidic soils in shady, moist areas. It can be grown for the edible fruit, as a ground cover,[11] or as an ornamental plant in rock gardens, notably the yellow-foliaged cultivar 'Lucia'. The fruit is high in anthocyanin pigment and can be used to make a natural food dye.

After waning popularity, E. nigrum is regaining its reputation as an edible fruit. It provides a steady crop and the gathering is relatively easy. Cooking enhances the flavor. The fruits make good pie and jam.

In subarctic areas, E. nigrum has been a vital addition to the diet of the Inuit and the Sami. The Dena'ina (Tanaina) harvest it for food, sometimes storing in quantity for winter, and like it mixed with lard or oil. The fruits are usually collected in fall, but if not picked they may persist on the plant and can be picked in the spring. They keep well in a cool place without any special preparation. The Inuit and Native Americans mix them with other berries, especially blueberries.

The leaves and stems are used in Dena'ina medicine for diarrhea and stomach problems; they are boiled or soaked in hot water, and the strained liquid drunk. In Dena'ina plant lore in the Outer and Upper Inlet area of Lake Clark, the root is also used as a medicine, being used to remove a growth on an eye and to heal sore eyes. The roots are boiled and the eyes are washed with the strained, cooled tea, to which a little sugar may be added.

In Labrador, where the name "blackberry" is used, the smoke of the burning stems and leaves is used to smoke fish, notably Salmon, Sea Trout, and Arctic Char.

Low in fat, saturated fat-free, cholesterol-free, sodium-free, and an excellent source of manganese, copper, and vitamin C Although the crowberry provides the third-largest harvest of all berries (after blueberries and lingonberries) it is almost unknown outside the arctic regions. In the Nordic countries, the use of wild berries has long traditions in home cooking as well as for therapeutic purposes.

Crowberry is an evergreen shrub native to cool regions of North America, Asia, and Europe. In the southern hemisphere, it is found on Falkland islands. The fruits are black round berries.

It is interesting to note that crowberry is fighting other species by producing a toxin. Crowberry leaves have small glands that produce batatasin III. The leaves live two to four years, and when they die and end up on the ground where they break down slowly and continues to leak its water-soluble toxin. The toxin blocks other species to grow what makes free living space to the crowberries.

Crowberry is not edible raw unless as a replacement for water. Crowberry has a taste that is slightly acidic and bitter. The berry contains tannins what makes its taste unpleasant.

It is typically used cooked, seldom fresh. The berries have been used as raw material for juice, jelly, wine and sweets. Crowberries are eaten in akutaq, Eskimo's ice cream.

Crowberries have an astringent and diuretic effect.

Crowberry is a rich (460 mg / 100 g berries) source of anthocyans. (2) The increased interest in flavonoids and other phenolics as health-benefiting compounds can lead to an increased usage of the crowberries.

Crowberries are a source of botanicals for the preparation of cosmetic products.

Crowberry is not an economically important crop. The crowberry anthocyanins are a potential source of natural colorants but largely unused. Due to the toughness of the crowberry plant, it has been used as pan scrubbers and brooms.

The ability of natural dyes to color textiles has been known since ancient times. Crowberries are used as natural dyes for centuries. Old recipes from Swedish Lapland proposed several different crowberry treatments and cooking times to produce different shades of green, yellow and brown. Both the berries and the plant were used for dying the textile.

Blueberries: They are dark-blue or purple in color. They are used in jams, purée, juice, pies, and muffins. They contain high levels of antioxidants and can help prevent many diseases, like stomach ailments, heart degeneration, and heart diseases.

Huckleberries: These are small round berries that look and taste similar to blueberries. They come in colors ranging from deep crimson to eggplant purple. They are used to make excellent jams, pies, syrups, and preservatives.

Bilberries: Bilberries are edible berries that are closely related to blueberries and huckleberries. They are nearly black in color with a slight hue of purple. The pulp is red or purple in color and can stain your fingers while eating the raw fruit. They are very difficult to cultivate and fruits are generally collected from the wild. They are used in different jams and dishes or eaten raw. 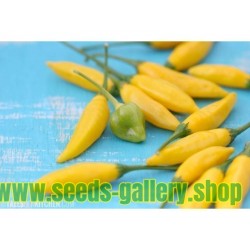 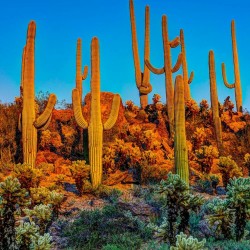 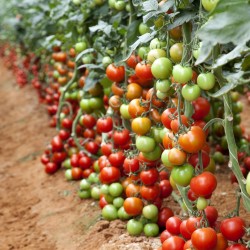 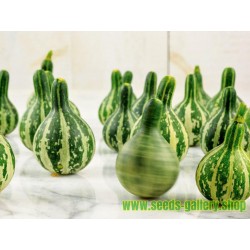 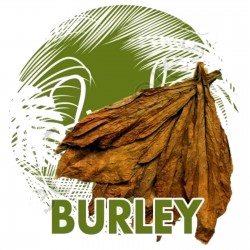 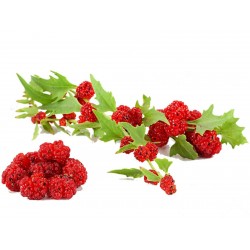 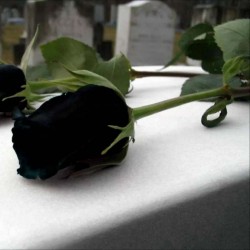